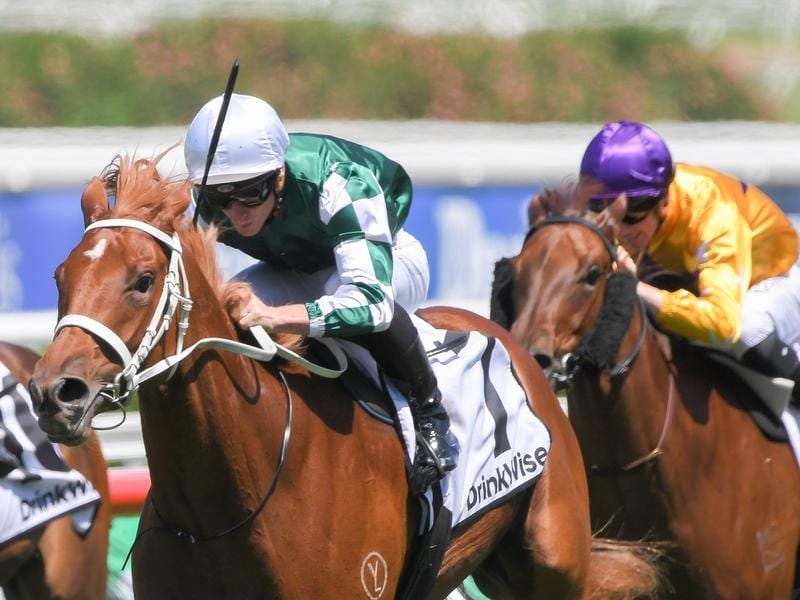 Unheralded filly Hungry Heart has won her way into the Golden Slipper with an impressive Sweet Embrace Stakes victory to give sire Frankel his first two-year-old stakes winner in Australia.

Trainer Chris Waller initially had Blue Diamond aspirations for the youngster but changed course to Sydney when she finished runner-up at her only start at Flemington in January.

He said Hungry Heart had shown good ability from day one but being a daughter of Frankel, whose previous stakes winners in Australia are stablemate Finche and Kris Lees-trained mare Miss Fabulass, Waller did not immediately peg her as a Golden Slipper type.

“She is obviously a very talented horse to win like this today and I think there’s more to come,” Waller said on Saturday.

“We have thought she is a very good filly for a while. We haven’t complicated things.

“We thought enough of her to send her to Melbourne thinking we might be a Blue Diamond chance but we didn’t put too much pressure on her.

“She ran a good second and we thought, we’d leave the Blue Diamond and see how she ran today and she would tell us where she wants to go.”

The winner of the Sweet Embrace earns an automatic Slipper start and Hungry Heart will head straight to the $3.5 million race in three weeks.

Winning jockey James McDonald said the filly would be even better as she was extended in distance and shaped as an ideal type for the Sires’ Produce Stakes (1400m).

“She will feel better in the Sires’. She is very raw but has plenty of ability as she displayed today,” McDonald said.

“Once I was so close to the eventual leader, it was all over red rover.”

Hungry Heart ($9.50) came from last to score by three-quarters of a length over $2.30 favourite Stellar Pauline, who again had to settle for second after taking up the uncustomary role of leader.

Dismissal ($41) made ground along the rails to nab third another 2-1/4 lengths in arrears.