Waller’s She’s All Class out of Golden Slipper 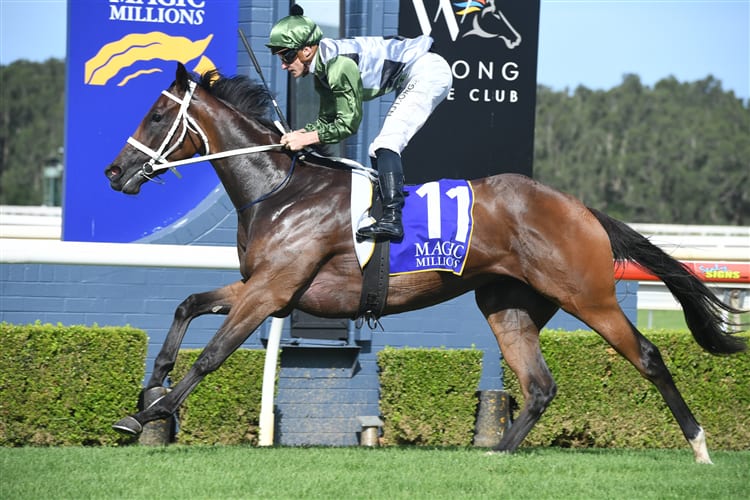 Sweet Embrace Stakes runner-up She’s All Class is out of the Golden Slipper with trainer Chris Waller advising stewards the filly has been spelled.

The two-year-old won the Magic Millions Wyong 2YO Classic in December and was a luckless third to stablemate Shaquero at the Gold Coast carnival when she drew a wide gate.

She again turned in an eye-catching performance to close strongly for second to Four Moves Ahead in the Sweet Embrace and was considered one of Waller’s leading Slipper fancies.

Trainer Matthew Smith has also reported to stewards that Nimalee, the early favourite for Saturday’s Aspiration Quality at Randwick, sustained a foot abscess earlier this week which has subsequently burst.

The mare has undergone treatment from a farrier and Smith will monitor her condition before deciding whether she will run.

“Should the mare be considered suitable to start by the stable, Nimalee will be subject to inspection by Racing NSW chief veterinarian, Dr Toby Koenig,” Racing NSW stewards said in a statement.

Stewards have also confirmed Country Championships hopeful Midsummer Rain is out of contention for the rich series after undergoing surgery for colic.