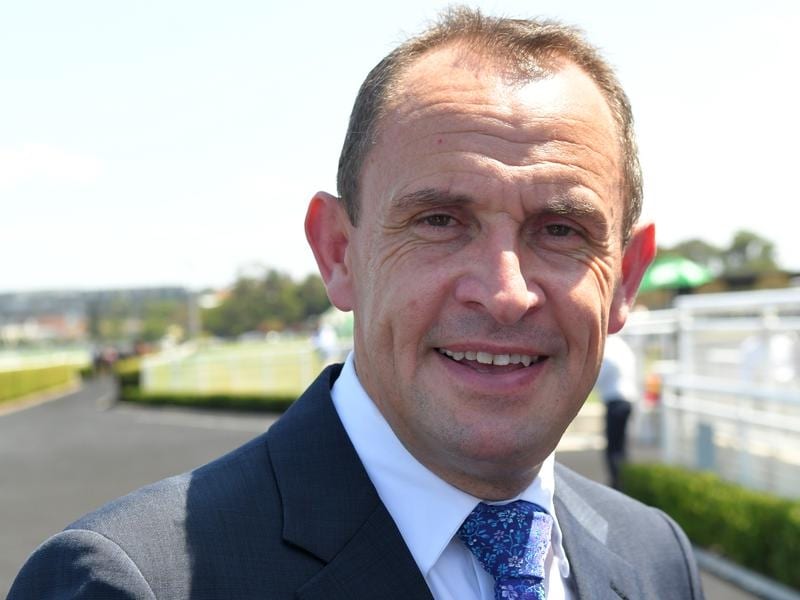 Global Quest will wear blinkers as he attempts to cement his claims as a genuine Golden Slipper contender via the Todman Stakes.

The winner of the Breeders’ Plate in October, the colt has run second in his two subsequent starts in February to Prague in the Canonbury Stakes and Farnan in the Silver Slipper.

Trainer Chris Waller will fit the headgear to Global Quest hoping to get him back to winning form in Saturday’s Group Two Todman.

“The blinkers go on. Both runs this time he’s come second, and I think the blinkers will really help him.

“We’ve been keeping them up our sleeve.

“He’s a very good horse and I think he needs a strong 1200 to see the best of him. The blinkers will just be a stepping stone for that and I think the Slipper will be his final.”

Stablemate Hungry Heart, a filly by Frankel, won Saturday’s Sweet Embrace Stakes to confirm her spot in the $3.5 million Slipper on March 21.

“She won’t run again before the Slipper,” Waller said. “She’s got a very bright future.”

Global Quest and stablemates Osamu, who is likely to wait for the Pago Pago, and Blondeau are among 25 entries for the Todman headed by Blue Diamond Stakes winner Tagaloa while Waller has Centimental and Joviality in the 15 nominations for the Reisling Stakes for fillies.

Waller has had few runners in the Golden Slipper and does not push his two-year-olds.

“If they’re ready to go they’ll be running and we will have as many as we can there,” he said.

“Obviously it would be a huge thrill, not just for the race it is, but it’s our home track and the history it’s got. There would be no one prouder than me if we can win it.”

The week before the Slipper, Waller has his eyes on another rich race with Kolding to run in the $5 million All-Star Mile.

The trainer confirmed on Tuesday, Hugh Bowman would replace the suspended Glen Boss on Kolding, winner of the Epsom Handicap and inaugural $7.5 million Golden Eagle.