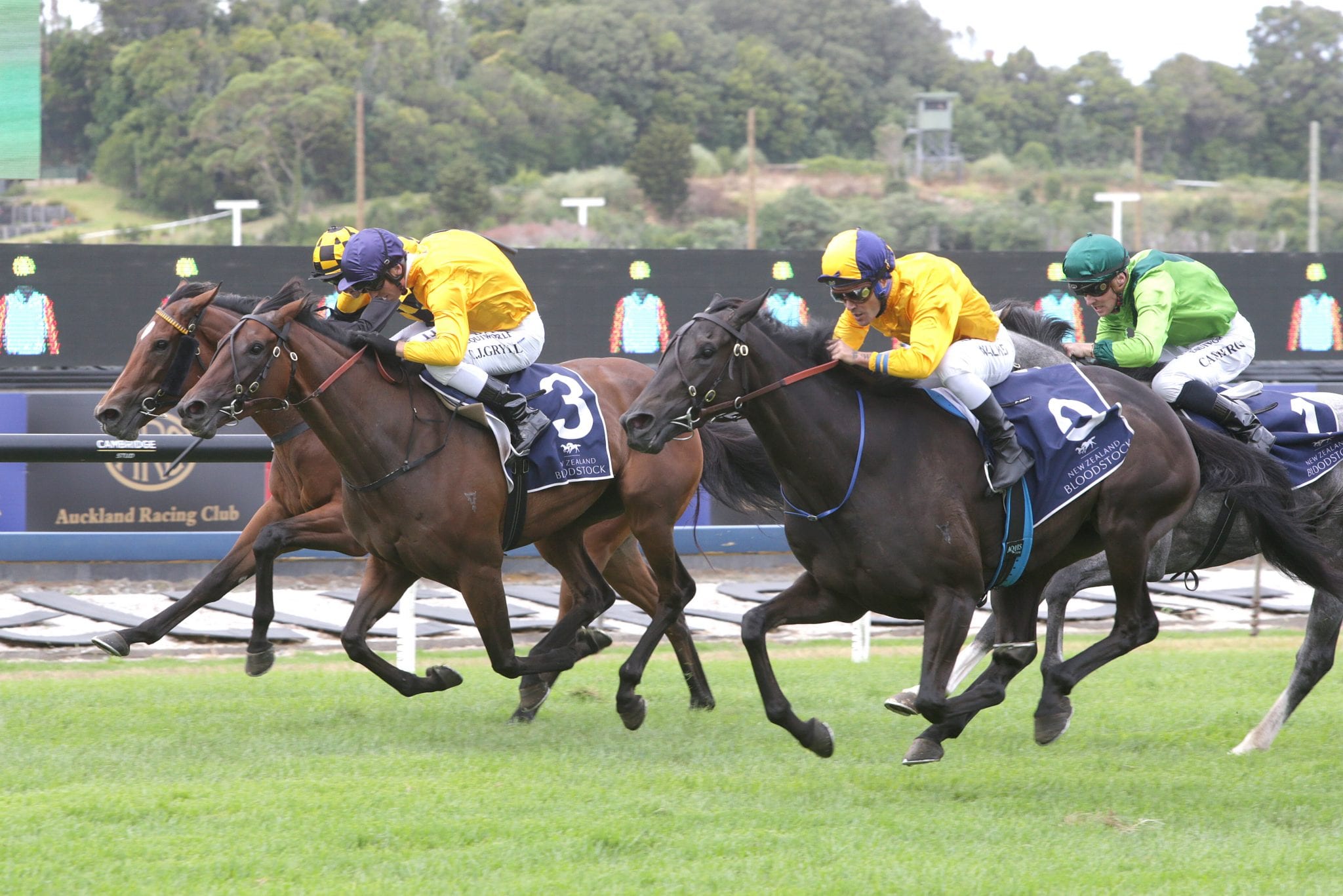 Michael Walker made a successful return to race riding in New Zealand when he guided Communique to victory in the Group 3 McKee Family Sunline Vase (2100m) at Ellerslie.

Fresh from winning the Group 1 Blue Diamond Stakes (1200m) on the Trent Busuttin and Natalie Young- trained Tagaloa at Caulfield last weekend, Walker made a fleeting visit from Australia to take the mount on Sherwood Forest in the Group 1 Vodafone New Zealand Derby (2400m) on Saturday.

Matamata trainer Stephen Autridge took the opportunity to engage Walker for Communique and was repaid handsomely as Walker produced a gem of a ride to guide her to her first black-type success. The result also provided a special moment for Autridge as he produced the quinella for owner and breeder Kevin Hickman with Karalino chasing her stablemate home in the Group 3 feature for the three-year-old fillies.

Touted as a promising staying prospect after a sound win over 1600m at the venue back in January, Communique had caught the eye when running on nicely behind Dragon Leap in the Group 2 Avondale Guineas (2100m) a fortnight ago.

Patiently ridden in a muddling run race that burst into life when favourite Bergamot attacked three wide with 600m to run, Communique swept to the lead 100m from home and held out a spirited bid from Karalino by a long neck with Meghan a similar margin back in third.

Walker was taken by the performance of Communique who holds a nomination for the Group 1 Al Basti Equiworld New Zealand Oaks (2400m) at Trentham on March 14. “It’s good to get a win for a good mate in Stephen Autridge as he is an amazing trainer,” Walker said.

“She jumped well and I thought for two seconds about going forward as there wasn’t much speed in the race. “I ended up riding her quiet and although she got a bit keen leaving the straight, she really settled well down the back. “I tracked up nicely and I always thought I was going to get there although she was running about. “She has a lot to learn but I really like her as I think she is a classy filly.”

Autridge was thrilled with the win and delighted he could snare his first stakes winner for Valachi Downs Stud principal Kevin Hickman and his wife Jo. “That’s unbelievable,” he said. “I knew both horses were going well so it’s a great thrill to win the race as it’s my first Group winner for Kevin and Jo and the quinella makes it twice as good.

“I said to Michael I wasn’t going to tell him what to do but that he was on a real stayer. He was back and covered a little bit of extra ground but it was no trouble at all. “The other filly (Karalino) got held up a bit but she had her chance as the winner was just too good.”

TAB bookmakers reacted swiftly to the result by tightening Communique into $12 from $31 for the Oaks and Karalino into $18 from $26 in the Fixed Odds market that is headed up by star filly Jennifer Eccles at $1.80.