Threading a path to the Oaks 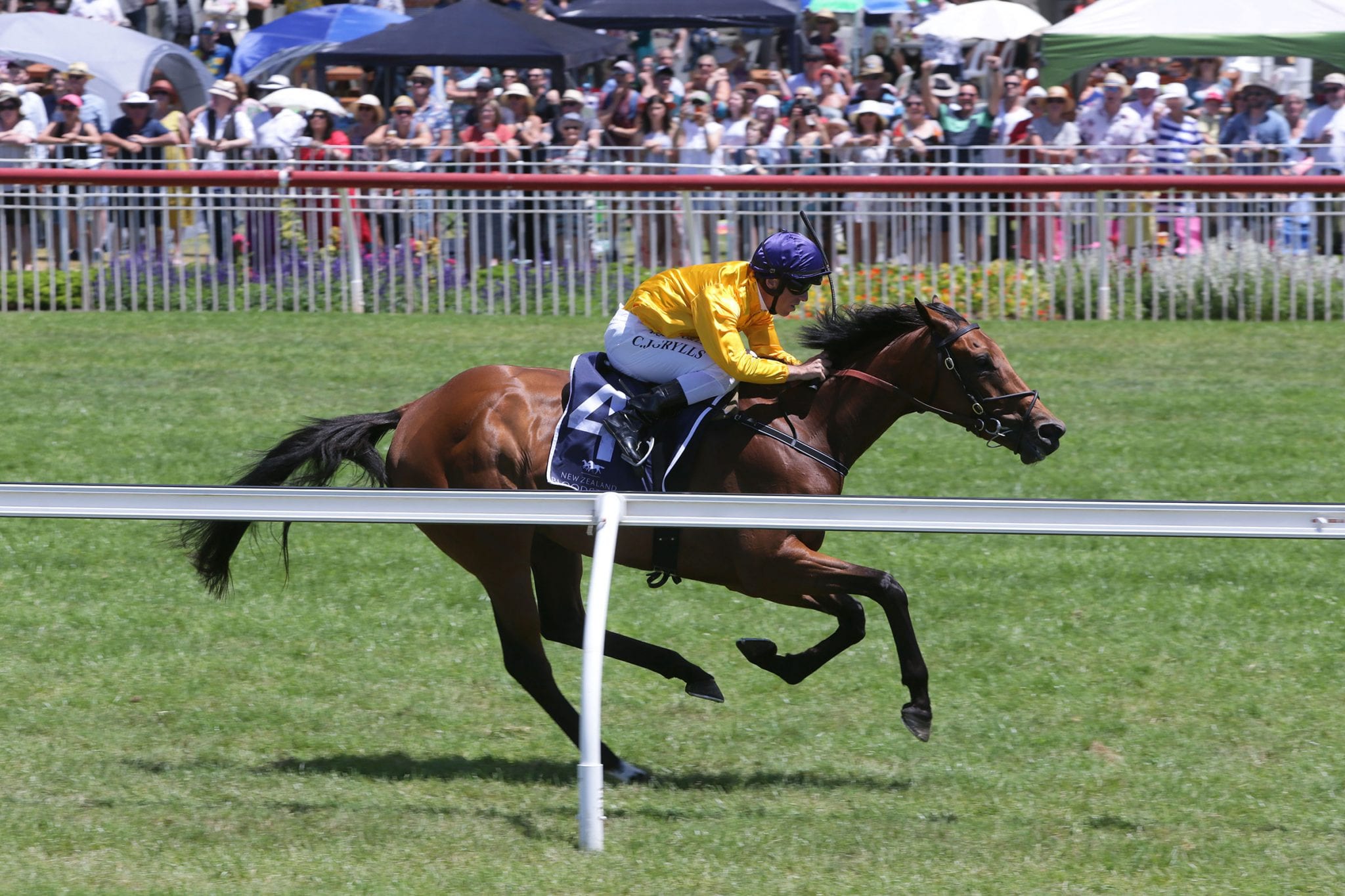 Needle And Thread had her crowning glory at Ellerslie on New Year’s Day when taking out the Group 2 Royal Stakes (2000m) and now trainers Stephen Autridge and Kris Shailer are wanting to extend her reign.

The Valachi Downs trainers are trying to thread a path towards the Group 1 Al Basti Equiworld Dubai New Zealand Oaks (2400m) at Trentham in March, with the Group 2 David & Karyn Ellis Fillies Classic (2000m) at Te Rapa next month a likely next target.

The daughter of Makfi, who is raced by her breeder Valachi Downs principal Kevin Hickman, had four races in the space of a month, culminating in her New Year’s Day victory, and her trainers said she has taken no ill-effects from the concentrated schedule.

However, Shailer did admit to being concerned about backing up from her fourth-placing in the Group 2 Eight Carat Classic (1600m) on Boxing Day. “If you looked at her you would say ‘how did she do it?’ She’s not a big, strong filly and we were actually a bit worried about the seven-day back-up,” he said. “But it was pretty impressive. To win like that from a seven-day back-up we were pretty happy.”

She had a quick freshen-up after the race and Shailer said she has thrived since returning to their Matamata barn. “She has just kept improving and she is eating and doing better now than she ever has,” Shailer said. “From New Year’s Day onwards she hasn’t really missed a beat.”

The New Zealand Oaks remains her next major goal and a trip to Te Rapa in a fortnight is on the cards for her resuming run. “At this stage she will go to the Fillies Classic at Te Rapa in February,” Shailer said. “We will go race-by-race. The main goal is the Oaks, but whether she makes it there is not the be-all and end-all.”

Shailer has been just as pleased with stablemate Lilly’s Lady, who finished 4-1/2 lengths in arrears of Needle And Thread when runner-up in the Royal Stakes. “She hasn’t missed a beat either,” Shailer said. “She is a tough filly who has always thrived in the stable. That was only her third start, so to do what she did was good.”

Lilly’s Lady may also head to Te Rapa next month, however, Shailer said they are endeavouring to keep the fillies apart in the lead-up to the Oaks. “We are trying to split them, but we are finding that a bit tough,” Shailer said. “She may go to Taranaki for the fillies race (Listed Fasttrack Insurance Oaks Prelude, 1800m) there, or to Te Rapa as well. “She is another who is on an Oaks path and we will take it race-by-race with her as well.”

Meanwhile, Shailer is looking forward to Trentham on Saturday where Group 3 winner Communique will attempt to add an elite-level victory to her resume when she contests the Group 1 Harcourts Thorndon Mile (1600m).

The daughter of Redwood pleased her connections with a fresh-up fourth-placing at Tauranga earlier this month after placings in the Group 2 Coupland’s Bakeries Mile (1600m) and Listed Spring Classic (2000m) in the spring.

“It was a really good run first-up carrying a big weight (62kg) on ground (Dead6) she didn’t really like,” Shailer said. “We will be taking on Melody Belle (on Saturday), but there are only nine left in it before withdrawals. “A Group 1 placing would be great for us.”