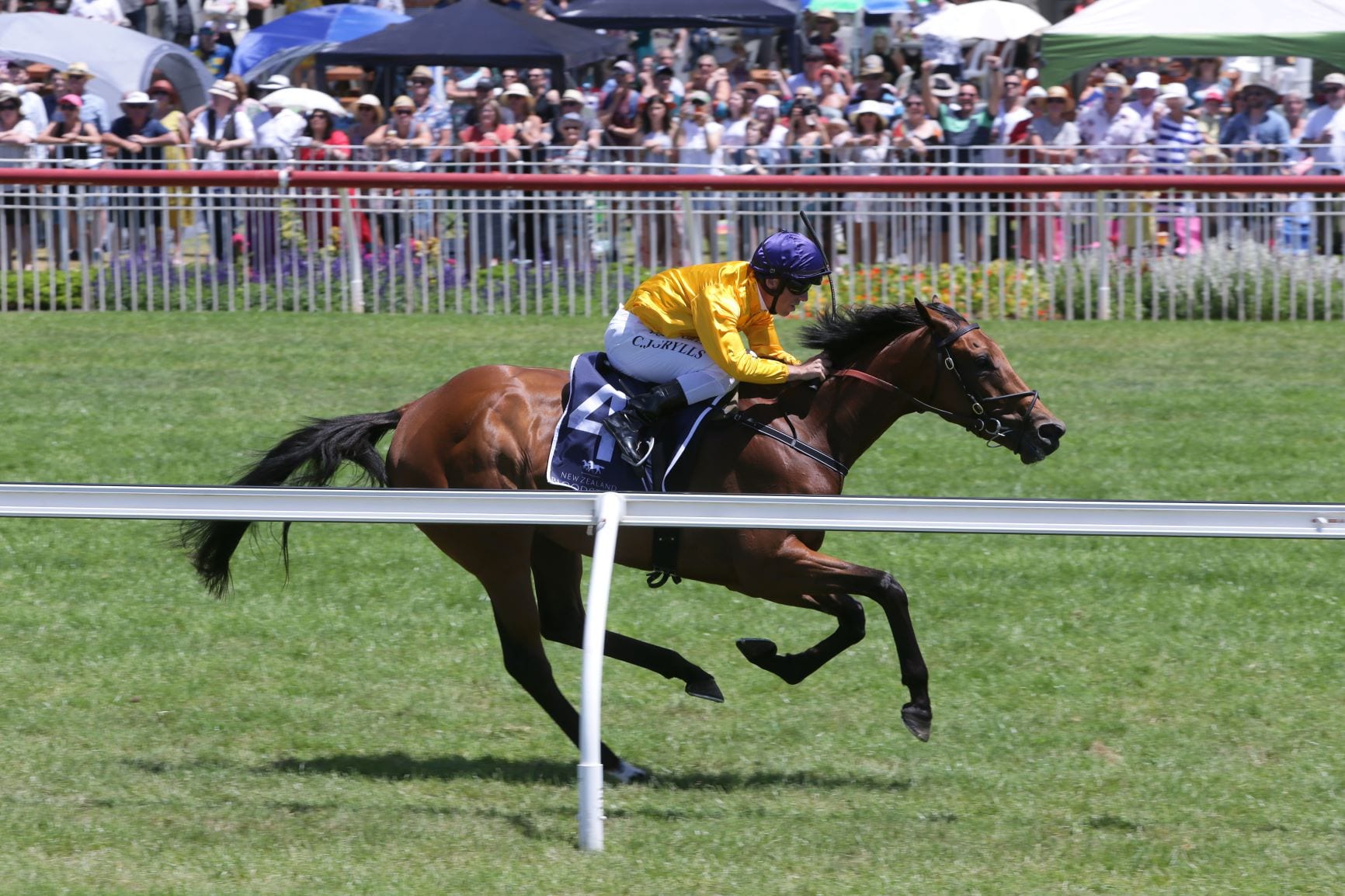 Valachi Downs principal Kevin Hickman picked up the thick end of the prizemoney from the race that he sponsored at Ellerslie on New Year’s Day when promising three-year-old Needle And Thread led all the way to win the Group 2 Valachi Downs Royal Stakes (2000m).

Hickman bred and races the Makfi filly, who had put a flashing light on her head for the race when battling on strongly for fourth in the Group 2 Eight Carat Classic (1600m) at the venue on Boxing Day.

Rider Craig Grylls took the bull by the horns as he bounced his charge out from an inside barrier and dictated the pace throughout. Approaching the home turn, it was apparent that Grylls had his rivals in all sorts of trouble as he shot Needle And Thread clear before maintaining a powerful gallop to win by a conservative six lengths.

Stablemate Lily’s Lady raced in to second to provide Hickman and trainers Stephen Autridge and Kris Shailer with the quinella, while the well favoured Il Affare battled on well for third. “We thought that she would back up well and the 2000m would suit her, but she was more impressive than we thought she might be,” Shailer said.

“Craig rode her a treat, rated her nicely and she had them off the bridle a long way from home. “It’s great for Kevin and his wife Joanna as they put so much into racing. “It’s a big team effort, so I’m delighted for everyone. “We’ll see how they both pull up from this, give them a quiet week and then look to how we might be able to get them to the New Zealand Oaks (Group 1, 2400m).”

Grylls was delighted to pick up the victory for the Valachi Downs team as he is the stable’s number one retained rider. “It’s just great to get the win for Kevin and Jo and all the Valachi team,” he said. “She went a really good race on Boxing Day and has backed that up today. “The plan was to go forward and she travelled strongly throughout. “I definitely think she could be an Oaks filly, especially if she can just settle a little bit more.”

The Royal Stakes was the sixth leg of the New Zealand Bloodstock Filly of the Year series with Needle And Thread moving into joint second alongside Amarelinha on 8 points, behind current leader Kahma Lass (15).

Needle And Thread is a daughter of Daylami mare Fleece making her the full sister to the Hickman bred and owned Savile Row, a multiple Group 1 placegetter who took up stallion duties at Valachi Downs Stud in 2018.