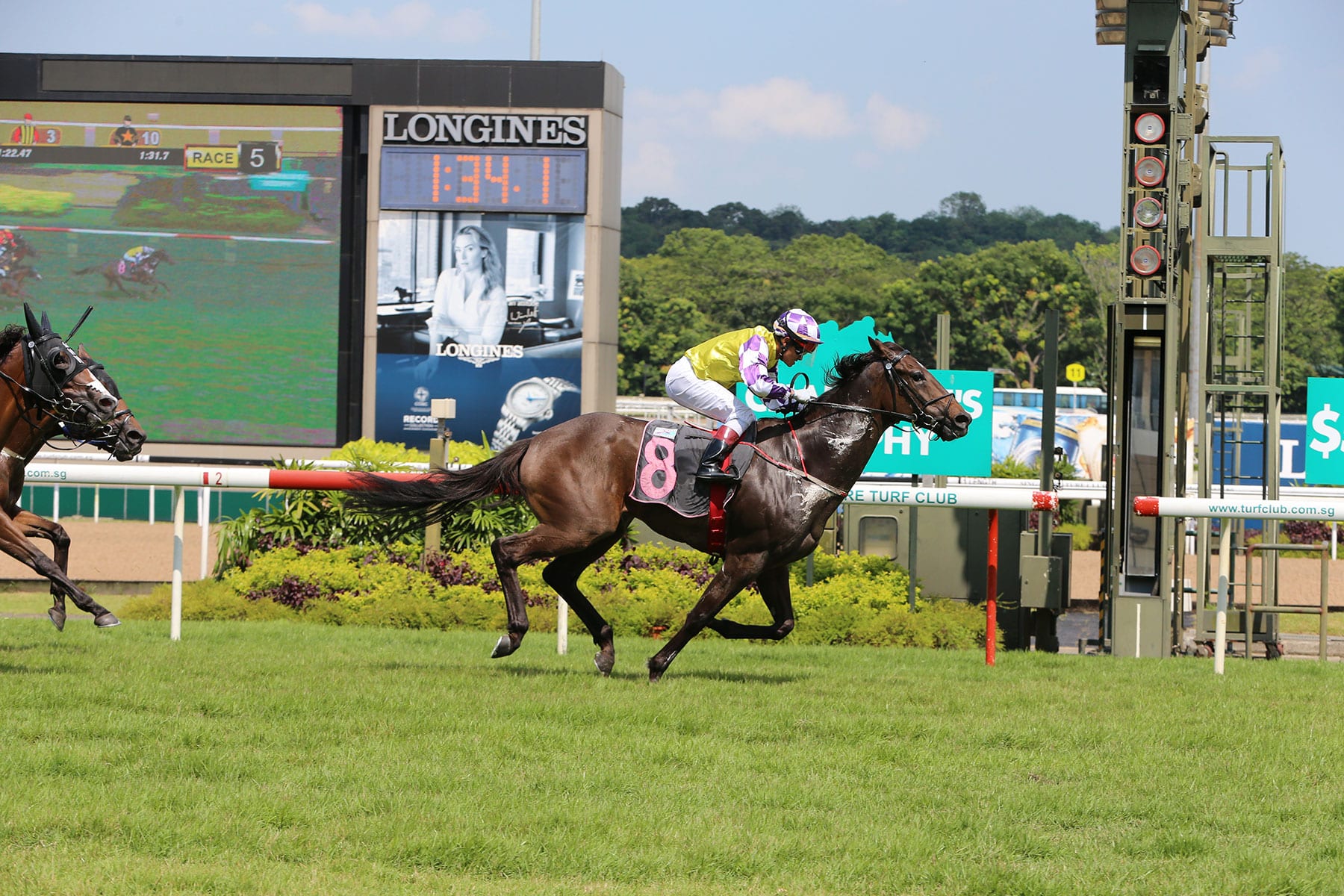 Trainer Mark Walker is confident four-year-old Savabeel gelding Sacred Croix (NZ) can provide him with an elusive Derby victory. The Raffles Racing-owned galloper is a leading contender for the S$1 million Singapore Derby (1800m) on Sunday after finding the line well for second in both legs of the four-year- old series to date, the Listed Silver Bowl (1400m) and the Listed Steward’s Cup (1600m).

A winner of four of his seven starts, in addition to those two-runner up finishes, Sacred Croix will have to turn the tables on the smart Cliff Brown-trained mare What’s New (NZ) (Casino Prince), who has usurped Sacred Croix at his past two outings. “He’s been a touch unlucky in his first two runs in the four-year-old series. He has been caught three-wide without cover in both of them and the winner had all favours, so he deserves a bit of luck this time around,” Walker said.

Drawn barrier 9 on Sunday, Walker is hopeful rider Benny Woodworth can find a position midfield with cover. “That would be a good spot for him,” Walker said. “We’ve had a second with Elite Invincible last year and Rockfast ran third in the race (in 2016) as well, so it would be nice to win it. “It would be great to win it for Raffles. They’re great supporters of ours up here. They always have some nice new horses coming up and Dato Yap and Bruce Sherwin are brilliant to train for.”

Walker said the relationship with Raffles Racing began through hardy galloper Viviano (NZ) (Keeper), who won once for Stephen McKee in New Zealand before transferring to Walker’s Singapore barn. “He proved to be a good Class 2 horse and he has won in excess of S$560,000 since he has been up here. Dato Yap got a bit keen on the racing again up here and continued to send more horses up. “I think probably Sacred Croix and Sacred Rebel have been the best that he has sent to us and we had another two that came out of quarantine on Tuesday.

“It is sometimes hard predicting which horses are going to improve and be suited to racing in Singapore. Some of them don’t show as good a form as they do in New Zealand and others get here and just grow another leg. “I’d say it is more to do with the climate, but as a rule most of the New Zealand horses that come here do perform well because they’re so adaptable. “Certain breeds like Darci Brahma has been outstanding up here because they have all got that fantastic temperament and Showcasing is another who gets a lot of winners.”

Walker is enjoying another strong season and is well-clear in the trainers’ premiership with 48 winners, 13 clear of his nearest rival. “Last year we had a bit quieter year, but we had dominated the year before in the premiership and a number of our horses were highly-rated and had reached their grade,” Walker said. “It was a little bit of a rebuilding year last season, but we are seeing the benefits this year.”