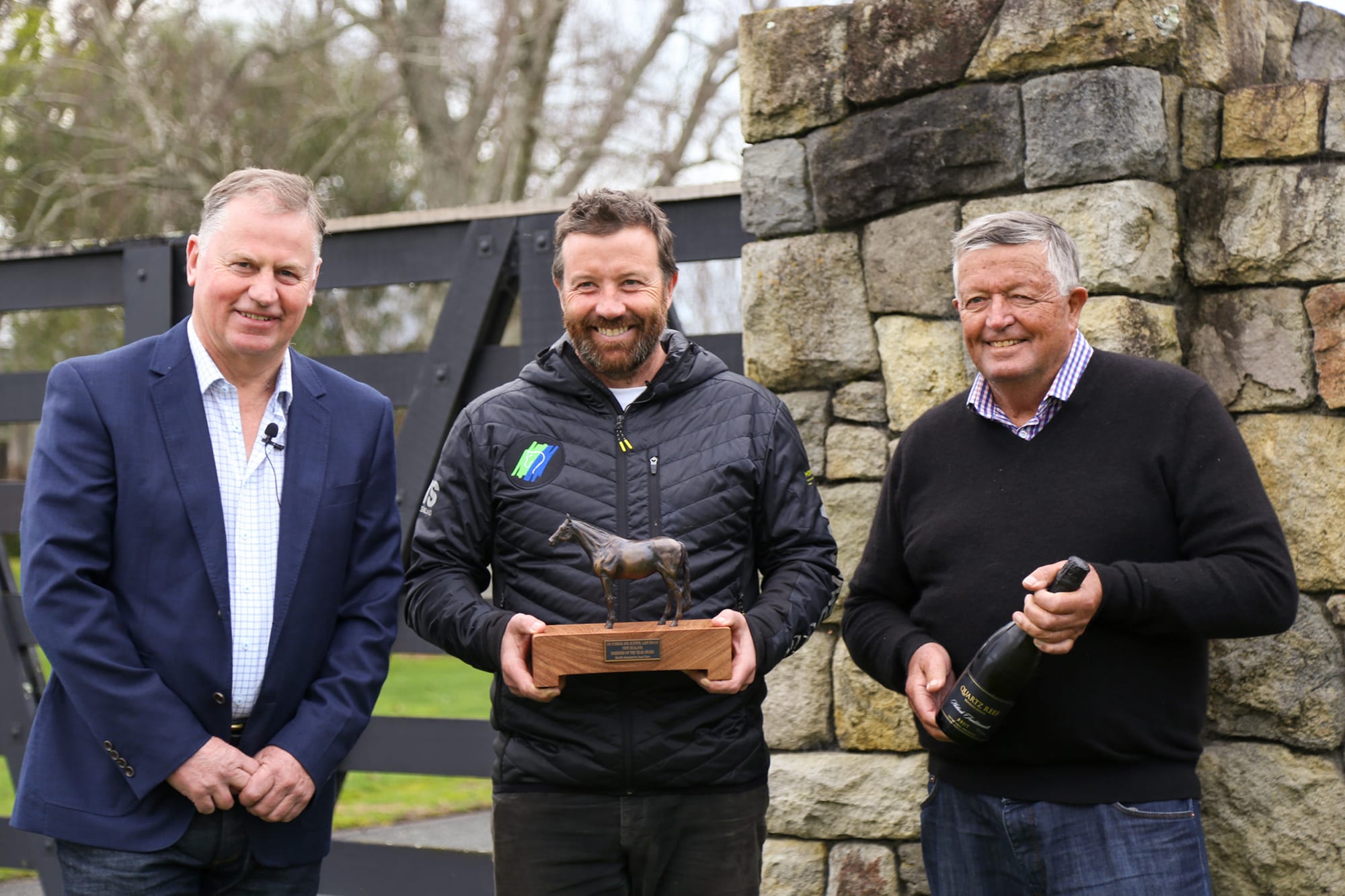 The New Zealand Thoroughbred Breeders’ Association (NZTBA) has announced that Waikato Stud is the winner of the Sir Patrick and Justine Lady Hogan New Zealand Breeder of the Year Award. In a very successful year for New Zealand breeders, the voting went right down to the wire with Waikato Stud prevailing from a stellar pool of finalists which featured Gerry Harvey, Nearco Stud, The Oaks Stud and Trelawney Stud.

According to NZTBA President John Thompson, the competition for the New Zealand Breeder of the Year Award gets stronger every year. “The calibre of the candidates and the horses they breed is outstanding and it’s always a very tough decision,” Thompson said. “The criteria are based on achievements that clearly reflect true breeding merit locally and internationally in the season under review. And when measuring that performance, we take into account the location and scope of the breeding operation and the success achieved in relation to that size.

“Our breeding is showcased by the likes of the Group 1 winners Probabeel, Miami Bound, Melody Belle and Avantage, just to name a few. There is a tremendous amount of investment in the New Zealand breeding industry and we are certainly seeing the results of that in the finalists for this award.”

Earlier in the week the NZTBA went to Waikato Stud to present the team with the new bronze perennial trophy crafted specially for the National Breeders Awards. The trophy was kindly donated by Joan Egan who wanted to honour excellence in the breeding industry, and the achievements of Waikato Stud last season certainly reflect that.

Probabeel was also placed in the Group 1 Vinery Stakes (2000m) and Group 2 Phar Lap Stakes (1500m). Other stakes winners carrying the Waikato Stud brand were the Group 2 winners Acting and The Real Beel, the Group 3 winners Another Dollar, Showbeel, Missybeel, Out Of The Park, Killarney and Now You See, while Pretty To Sea and Sacred Capital won Listed events.

“It means a massive amount to us,” Waikato Stud’s Mark Chittick said. “It is the pinnacle of our industry and our lives being named Breeder of The Year in our country, and success for us as Breeder of the Year has such an international significance. “It is huge for us as a family, and we do place a massive emphasis on this honour.”

Mark Chittick went on to say that the individual highlight of the season for the team was Probabeel winning back-to-back Karaka Million races, being the first horse to do so, and then going on to win a Group 1 in Sydney. But what he had found particularly satisfying was that the success of the stakes performers was spread across all their stallions with O’Reilly, Savabeel, Ocean Park, Pins and Sacred Falls all being represented.

It is the seventh time the famed breeding operation have won the award, with Garry Chittick first named New Zealand Breeder of the Year in 1993. Waikato Stud stallions have played an integral role in success for many Kiwi breeders and once again Savabeel was New Zealand’s Champion Sire in season 2019-20, while he also took out the Centaine Award for New Zealand-based sires by total progeny earnings worldwide.

Since the 2015-16 season Savabeel had enjoyed a firm grip on all three stallion awards, however, fellow Waikato Stud stallion Ocean Park enjoyed a breakout season to topple his barn-mate in the Dewar Award for New Zealand-based sires by progeny earnings in New Zealand and Australia. – NZTBA