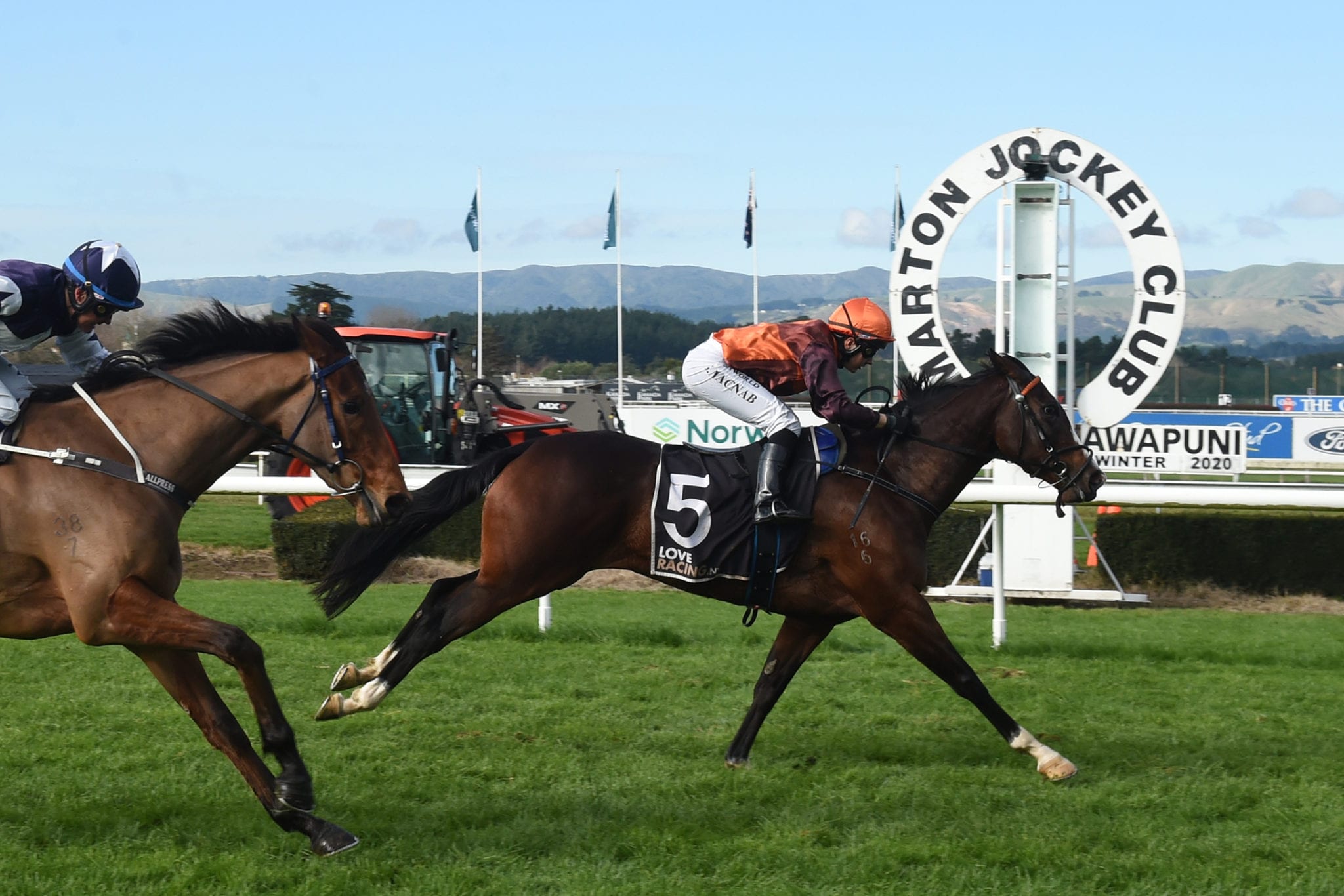 Trainer Gary Vile was to the fore on his home turf at Awapuni on Saturday, picking up a pair of wins from the team of six runners he had entered for the meeting. Vile was quickly on the board with promising three-year-old filly Hydroexpress successful in race three before Fattore Otto doubled his tally with a game victory in the sixth event on the card.

Vile had been confident of a good performance from Hydroexpress and the win gave him additional satisfaction as he co-bred the daughter of Shamexpress with good friend Cliff Erb who shares in the ownership with Vile and Gaylene Haynes. “Cliff and I bred her (Hydroexpress) as he has a share in Shamexpress so we used his service with a mare I own, Myminkcoat,” Vile said. “Gaylene was involved in the ownership of Myminkcoat and she asked if she could have a share in this one so it has worked out nicely.

“I was quite confident going into the race as she had had two jumpouts and won them both comfortably so I didn’t expect the heavy track to be any worry for her. “What did have me worried was there were a few with reputations in the race and every time I talked to someone, they gave me the winner and it wasn’t mine.”

Vile is happy to make his way through the grades with the filly over the next few months before getting a little more ambitious once she has more experience under her belt. While he believes she is well suited to the sprint distances he doesn’t rule out her going over a little more ground in the future given her extended pedigree features some well performed stayers including Listed Feilding Gold Cup (2100m) winner Butch James.

“I will just run her through the grades and then maybe look for some black type with her in the spring,” he said. “She comes from a good family and has always shown us plenty. “I think she will get a mile in the future but while she is comfortable sprinting, we will keep her to the shorter distances.”

Myminkcoat is one of four mares that Vile breeds from, with a younger half-sister to Hydroexpress getting ready to make her raceday debut in the near future. “We’ve got four mares that we breed from as a hobby although it does get a bit expensive,” he said. “Myminkcoat is in foal to Turn Me Loose and when she foals down, we will most likely send her back to Shamexpress again. “I’ve got a lovely Darci Brahma two-year-old filly from her who had a jumpout the other day and a yearling Charm Spirit filly as well.”

While Vile was pleased with his day’s work on Saturday he was equally excited to be back racing again after the Covd-19 pandemic enforced delays. “I’m like a lot of trainers in that we are working out how many of our team are suited to the winter racing ahead but overall, we all are just thrilled to be back racing again,” he said. “No matter what has been going on with the Industry I think it has been a big wake up call for us all and I’m sure nobody wants to go through this sort of thing again.”