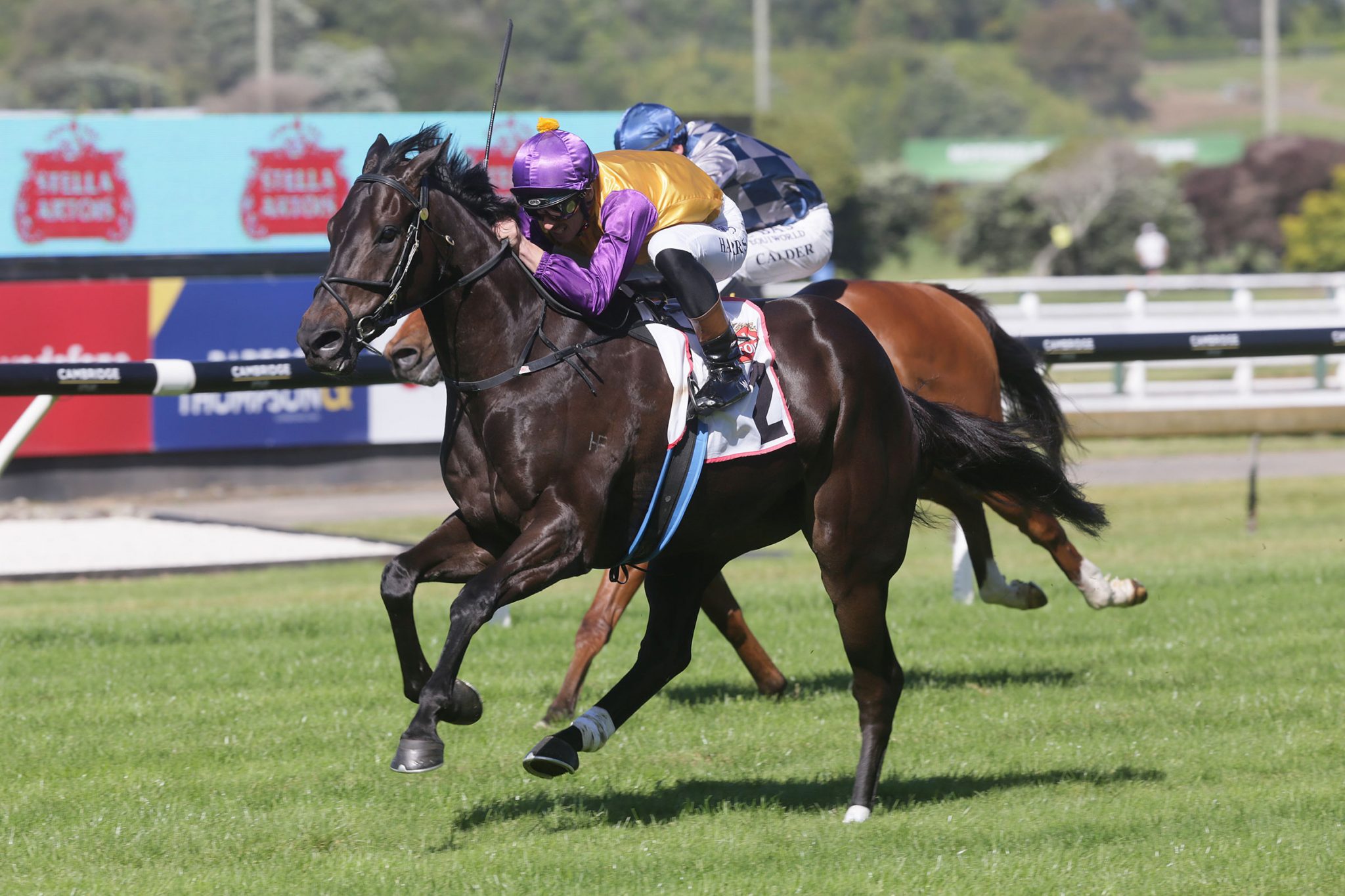 Cambridge trainer David Browne has arrived in Victoria ahead of a spring campaign with a trio of promising gallopers, but has had to wait a little longer than anticipated for the horseflesh to arrive from New Zealand.

Browne, who trains in partnership with wife Emma-Lee, was expecting his stable stars to be in Melbourne on Wednesday morning, but with a postponed flight out of Auckland, he hopes to greet unbeaten five-year-old Elephant and promising three-year-olds Bifrost and Rhinoceros on Wednesday evening.

“I got here on Tuesday but the horses have been delayed. They should arrive this evening (Wednesday). It was late coming in,” Browne said.

Elephant, the winner of all four of his starts in his homeland, is set to contest a BenchMark 84 over 1400m at Caulfield on Saturday, while Bifrost and Rhinoceros will be looking to break maiden ranks at Geelong and Cranbourne respectively on Friday and Sunday.

“The owners have been very supportive of the trip,” Browne said. “We were mainly trying to get Elephant over here.

“Trying to get a start for him at home is quite hard, there are not many options for him on the right ground so we thought we would take the other ones over as well and they go very well.

“At the end of the day if you break maidens, you have paid for the trip.”

A son of Shocking, Elephant holds nominations for both the Group 1 Cox Plate (2040m) and Group 1 Melbourne Cup (3200m), but has yet to race beyond a mile.

Browne believes the gelding will be competitive on Saturday and is pleased to have Damian Lane aboard from barrier two in his fresh-up assignment, but is not concerned about protecting his unbeaten status.

“Obviously he may get beaten, but it is always hard to know when you step up another grade, you are closer to getting beaten. Trying to keep unbeaten is very hard. We would be very happy if he ran in the top end of the field for his first run back,” Browne said.

“I think the draw will suit him, it won’t bother him too much. He has been a horse that has led, then at Te Rapa he sat not too far off the speed, he has been back in the field as well. He has been everywhere to be fair, even though it has only been four starts. He is still a green horse because he has only been to the races four times.”

Named Elephant on account of his penchant for curling his lip, replicating a trunk, it has been COVID-19 hold-ups rather than immaturity that have prevented the horse from already stepping out across the Tasman.

“After his first win our plan was to go to Adelaide for the Derby but then lockdown came and we all got put away when New Zealand racing came to a halt. Then last spring he took a while to come up,” Browne said.

The Cambridge horseman believes they most likely have a 2000m horse on their hands.

“We think he will get there easily enough, he’s just never been there. The fact he won fresh-up over a mile at his maiden start and winning like that would suggest that he would go further,” Browne said.

“There are lots of options for him here. There’s something nearly twice a week for him. He can step up to the big stuff but there are other options that would suit him as well if he doesn’t come up as well as you would like.”

Turn Me Loose gelding Bifrost impressed in a trial win at Taupo last month and is an acceptor at Geelong over 1200m on Friday, as well as holding nominations for Pakenham on Tuesday.

“We will have to see how he comes off the plane and how he has travelled,” Browne said.

“He has also drawn the outside barrier at Geelong, so that will be something we have to consider.

“He has shown us plenty of ability and is definitely better left-handed. At his only raceday start when we started him right-handed at Counties he just didn’t corner that well that way.

“He has a bit of scope and size about him. We think we will stretch him to a mile but whether we will get further than that we don’t really know at this point,” Browne said of the youngster, who holds an early Group 1 Caulfield Guineas (1600m) nomination.”

Completing the triumvirate is three-year-old Vadamos colt Rhinoceros, who ventures across the Tasman after disappointing at his only start at Ruakaka when racing too keenly.

“He sort of raced upside down for him. He has had a few trials and he has never got on the bridle and wanted to run like that before, he has more tucked his head and settled and finished off strong,” Browne said.

“He didn’t do that at all. It had rained just before the race and the ground was quite shifty and he got on the bridle, maybe he didn’t like the kickback in his face.

“If he progresses well in his first few starts, then we would be looking at putting him on a path towards a race like the VRC Derby (Group 1, 2500m).”

While based in a city that has just extended its lockdown for a further seven days, Browne takes comfort in the knowledge that racing has continued in the state unabated through the past 18 months.

“They will more than likely get it under control and carry on. You can’t predict what is going to happen,” he said.

“When you’ve got a horse like Elephant, you’ve got to have a go. Hopefully the horses go well in the spring or it will be a long time waiting for a MIQ slot.”