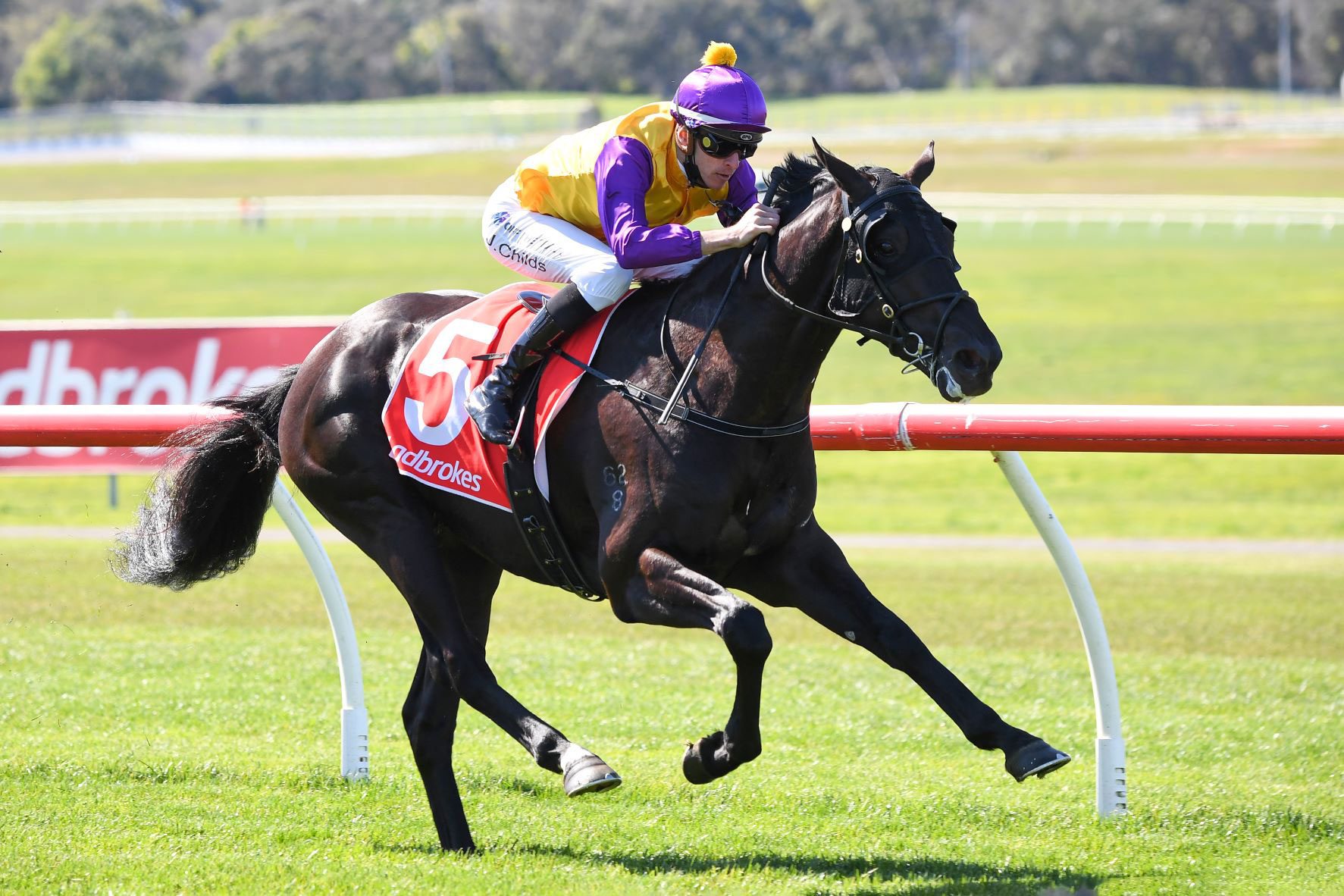 David and Emma-Lee Browne’s purple patch of form has continued in Australia with Rhinoceros adding to their burgeoning record with his maiden win at Sandown on Wednesday.

The three-year-old colt began like a bullet from barrier two to take an early lead in his mile contest, which he maintained throughout to win by 1.25 lengths.

Jockey Jordan Childs had ridden the son of Vadamos in his previous two starts, including a runner-up effort at Sale last month, and he was pleased to see his charge do everything right on his third attempt in Australia.

“He can be a bit keen in his races,” Childs said. “Every start we have wanted to take a sit with him to see if he can attack the line, but he just begins so well out of the gates and he has been in races with no speed, but it was good to see him do things properly today and it was good to get the win.”

Co-trainer David Browne was also rapt with the win and is now eyeing the Victoria Derby Trial (1800m) with the three-year-old.

“He has just been a bit green and keen and he has finally settled into his job properly now,” Browne said.

“We will possibly head to the Derby trial, we will just assess how he comes through this race and make a plan.”

Childs believes the 1800m distance of the Derby Trial will be right up Rhinoceros’ alley.

“I reckon it will be ideal,” Childs said. “He feels like a horse that can sustain a gallop. If we can get a bit of tempo in the race and get a bunny to follow, I think that will suit him even better. He is definitely heading in the right direction.”

“It is exciting,” Browne said. “The better horses end up coming over here and for a small stable we have probably got the best bunch of horses we have had in a while.

“It is good to get them out and about over here.”

Rich Hill Stud stallion Vadamos has made a promising start to his stud career, with Rhinoceros one of three winners from a handful of starters, along with Group 1 New Zealand 1000 Guineas (1600m) bound fillies Art de Triomphe and Ivanka.