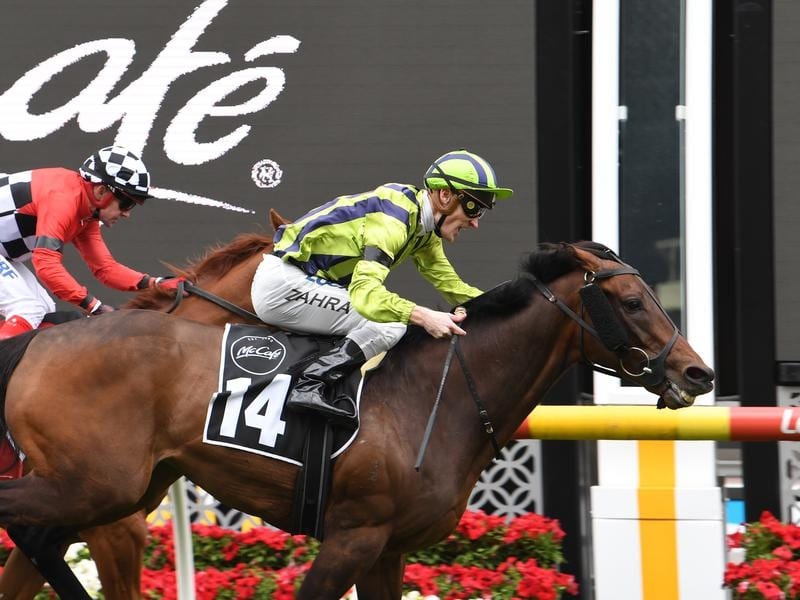 Purchased to be a major player in the spring, import Ventura Storm has made the transition to jump racing by scoring at his first run over hurdles at Ballarat.

The Irish-bred galloper did his early racing in Europe and came to Australia in 2017 as a potential Cups contender for Lindsay Park, but his only win for the stable prior to Tuesday’s maiden hurdle victory was in the 2018 Moonee Valley Gold Cup.

But Ventura Storm’s flat ability shone through on Tuesday when, as a $1.70 favourite, he raced to 1-1/4-length victory from a dogged Stanley ($26) in wet ground.

Lindsay Park co-trainer Ben Hayes, who trains in partnership with his father David and cousin Tom Dabernig, said Ventura Storm hated heavy tracks but being a superior flat performer got him through the race.

“He’s a horse that we might race on the flat as well as over jumps, like we did with Extra Zero.

“It worked with Extra Zero who also won a jumps race at this track.

“It’s exciting. I think it’s giving him more life as he likes jumping and he jumped reasonably well today so he’ll only improve.”

Ironically, Extra Zero’s only jumps success came on the same date in 2016.