Vega One Can Deliver In Stradbroke: Gollan 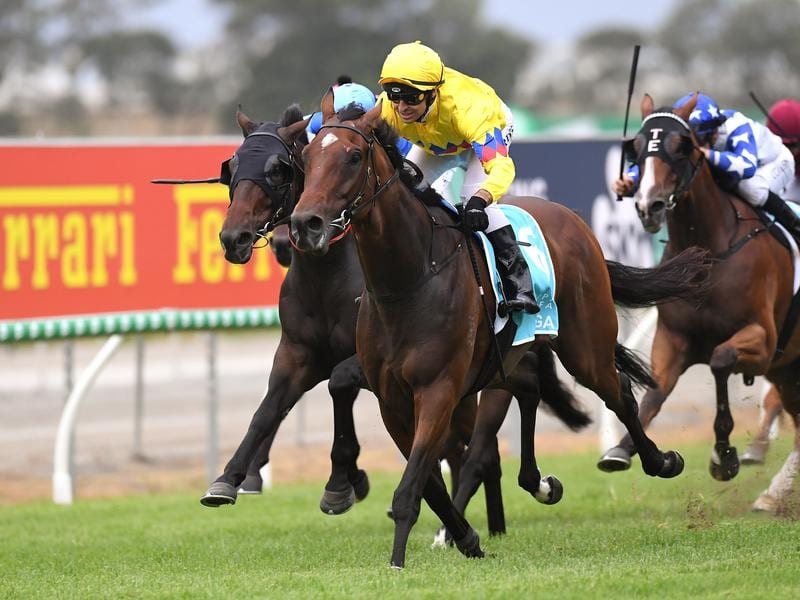 One-time favourite Vega One will be ridden in his comfort zone despite drawing wide in the Stradbroke Handicap.

Vega One was favourite for much of the early betting in the Stradbroke until his defeat in the Victory Stakes at his last start.

After drawing barrier 20, he is now being quoted at as much as $21 to win the Group One race at Eagle Farm on Saturday.

Trainer Tony Gollan said the gate, which would become stall 15 after scratchings, was not as bad as it seemed.

“I would have liked him to draw closer in, who wouldn’t, but it isn’t the end of the world,” Gollan said.

“The key is to let him run his own race. If he jumps well he can be closer but if not he can find his feet hopefully with cover and a couple deep.

“I would certainly be happy with that. I don’t want him over on the fence where he could get held up for a run.”

Gollan said apart from the barrier draw, things had been going well in Vega One’s preparation .

“We haven’t had to rush him because he beat the ballot when he won The Gateway in December.

“His run in the Victory Stakes (when ninth) was actually good,” Gollan said.

A Stradbroke victory would be special for Gollan because his family have been trying to win Queensland’s best race for decades.

His father Darryl, who died earlier this year, had the top galloper Dalrello who started favourite to win in 1975 but a fall put paid to his chances.