Vega One in ‘great shape’ for Stradbroke, says Gollan 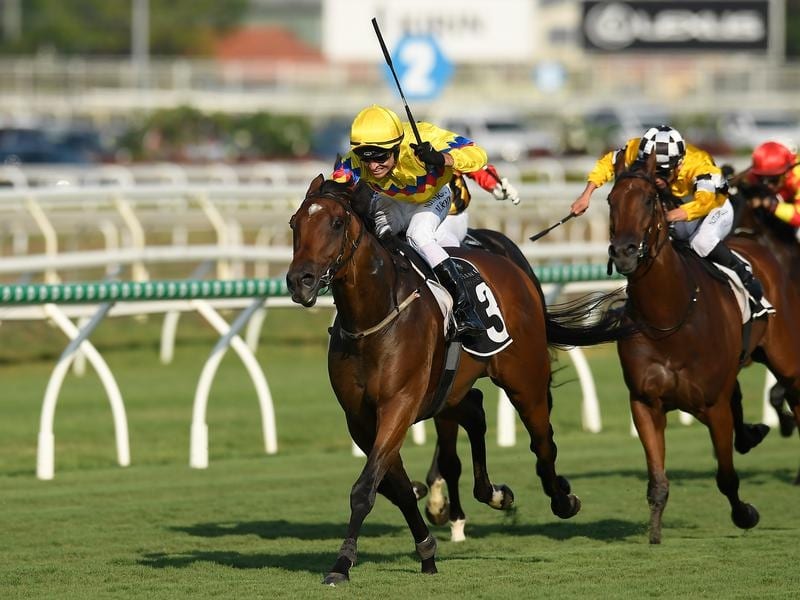 Stradbroke Handicap favourite Vega One is now at the top of his game heading into the Group 1 feature at Eagle Farm this Saturday according to his trainer, Tony Gollan.

After winning the Group 1 Kingsford Smith Cup on May 29th, the five-year-old son of Lope De Vega stormed into favouritism for this weekend’s 1400m headliner in Brisbane.

Vega One was given a dream ride by one of Australia’s top jockeys, Jamie Kah, coming from last on the turn to win by half a length over stablemate Jonker.

The gelding was set a similar task in the 2020 edition of the Stradbroke, coming from last on the corner to be beaten only 0.6 of a length, so the chance to make amends and give Queensland’s leading trainer his first Stradbroke Handicap winner has been 12 months in the making.

Vega One was a touch plain first-up over 1000m in the Listed Ascot Handicap with 60kg on his back, working home into sixth, before bounding back with a great runner-up performance in the Group 2 Victory Stakes.

“He’s a big gross boy; he’s a big heavy gelding and it took him a while to get him into shape.

“He’s in great shape now and he’s out to his right distances and his right races.”

Vega One was a touch unlucky when fourth in the Doomben 10,000 over a trip short of his best (1200m), but the run ticked him over nicely and now has him ready to fire on Saturday.

While Kah partnered Gollan’s runner last time out, the 53kg he gets for the Stradbroke is a bridge too far for the leading Victorian hoop, so Rachel King will take over the reigns in the June feature.

Vega One carried 52kg in last year’s edition of the Stradbroke and is arguably going better this time in, so it promising that has been asked to carry only 1kg more.

The race favourite had his final hit-out on Tuesday morning on the course proper at Eagle Farm in front of members and guests for the BRC’s Breakfast with the Stars.

“He was really good,” Gollan said.

“Even looking at him on Kingsford Smith Day, he had improvement in him.

“He seems to have found it. I think he’s at the top of his game now, which was always the plan – to get to the Stradbroke as good as he could – and I feel that’s where we got him.”

Gollan also has Outback Barbie in the mix for the Brisbane feature race this weekend, but she will require a scratching to gain a start.

“Eagle Farm hasn’t been a happy hunting ground for her,” he said.

“She was competitive again in the Kingsford Smith only beaten a length and a half, drops to a nice light weight, Jye McNeil on board – hopefully he can pull it out of the hat for me.”

Vega One will jump from barrier four, while Outback Barbie will have to overcome barrier 20 should she gain a start.