Vega back for Stradbroke revenge 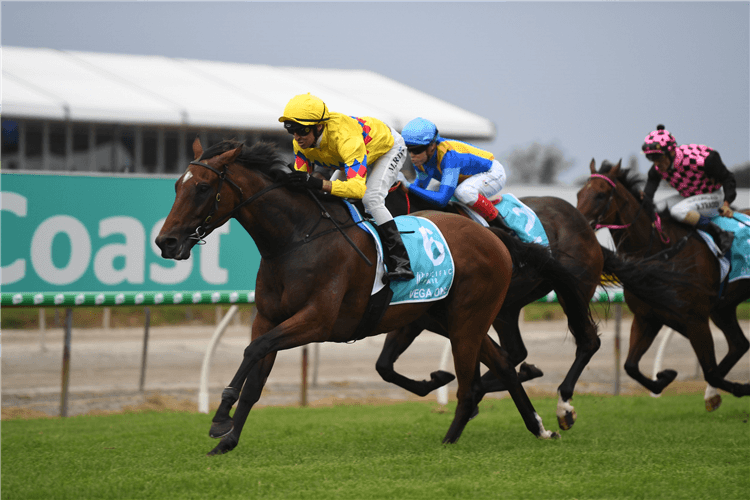 Vega One takes the next step to what connections hope to be Stradbroke revenge when he runs first up in Saturday’s Listed Ascot Handicap at Eagle Farm.

The winner of the inaugural Gateway in 2019 has not raced since last year’s Stradbroke, where many rated him unlucky to finish fourth after coming up with an outside barrier.

He was injured subsequent to that race and forced to rehabilitate in Melbourne.

He stepped out for his first official appearance since last year’s Stradbroke when a dominant winner of a Doomben trial on Tuesday, where he beat the Stradbroke winner Tyzone.

“That’s the third time we’ve jumped him out this time back,” trainer Tony Gollan said.

“We’ve been really happy with his progress. He did a lot of work in rehab so he’s nearly a year in the making.

“He’s coming along beautifully and he’s obviously on track for the Stradbroke and I was very happy with what I saw (at the trials).”

The Ascot also features the winner of The Gateway’s second running in Master Jamie, who is assured of a start in this year’s Stradbroke having won that race in December.

Trainer Graeme Green has given Master Jamie a barrier trial at home in Rockhampton, which he won easily.

Green expects Master Jamie to lead from his good gate and described his horse as a “bulldog” who will be difficult to get past on Saturday.

While Master Jamie is Green’s big hope for winter prestige, Vega One is just one of a handful of horses Tony Gollan has aimed at the Stradbroke.

These include stable newcomer Graff, who chased home new stablemate Garibaldi at the trials on Tuesday.

“I’m very happy with Graff. His mannerisms around the stable have been brilliant,” Gollan said.

The trainer said the Stradbroke is also the plan for Garibaldi, who he says is an even better horse this time in to the one that put four straight wins together over the summer.