Vassilator Returns To Form At Flemington 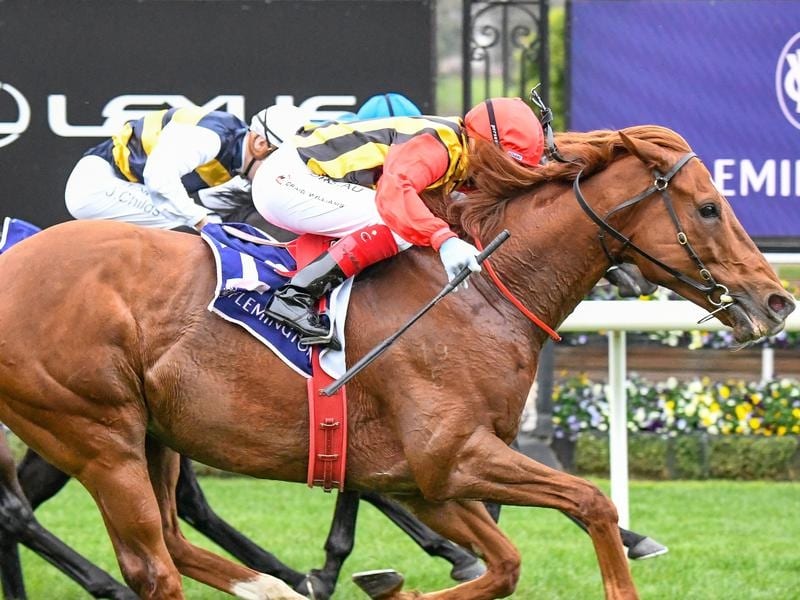 Vassilator has broken through for a long overdue win by snatching victory in the last stride at his favourite track.

Success in the VRC Heritage Handicap at Flemington on Saturday was Vassilator’s first in more than two years and his third overall in a career spanning 22 starts.

All three victories for Vassilator have come over the 1400m journey at Flemington.

Vassilator registered his maiden success in Listed grade on Anzac Day in 2018 returning the following month to land his second victory at the track and trip.

Trainer Colin Little thought enough of Vassilator to run the gelding in the best three-year-old races during the spring of 2018, running second to The Autumn Sun in the Caulfield Guineas.

But during his three-year-old season Vassilator was also his own worst enemy, refusing to settle in his races and Little and his staff spent countless hours on the track getting the gelding to relax.

The work has finally paid off with Vassilator backing up what Little said were some strong performances this campaign with a well-timed victory on Saturday.

Providing Craig Williams the second leg of a double, Vassilator ($6.50) scored by short-head from Haunted ($7) with Romancer ($21) a head away third.

“He obviously likes this big flat track and likes to be able to steam home,” Little said.

“We have just eased up on him a bit as he’s got a little older as we seem to think that he needs less work and he’s happier on an easier preparation.

“We gave that a try last time and we were pretty happy with him.”

Little said Vassilator would keep ticking over through the winter months and maybe step up to 1600m again, or possibly further.

Williams has had a long association with Little and the gelding’s part-owner, former Victoria Racing Club chairman Rod Fitzroy.

The jockey said Vassilator had always shown loads of ability but it was a case of extracting it from him.

“His best performance was when he ran second behind The Autumn Sun in the Guineas as a three-year-old,” Williams said.

“But I’d say gates, as well as his attitude, have sometimes worked against him.

“There’ll be good races for him through this series with the Winter Championship over a mile.

“He did sprint really well fresh at the start of the prep so I think he (Little) has a lot of options with him.”