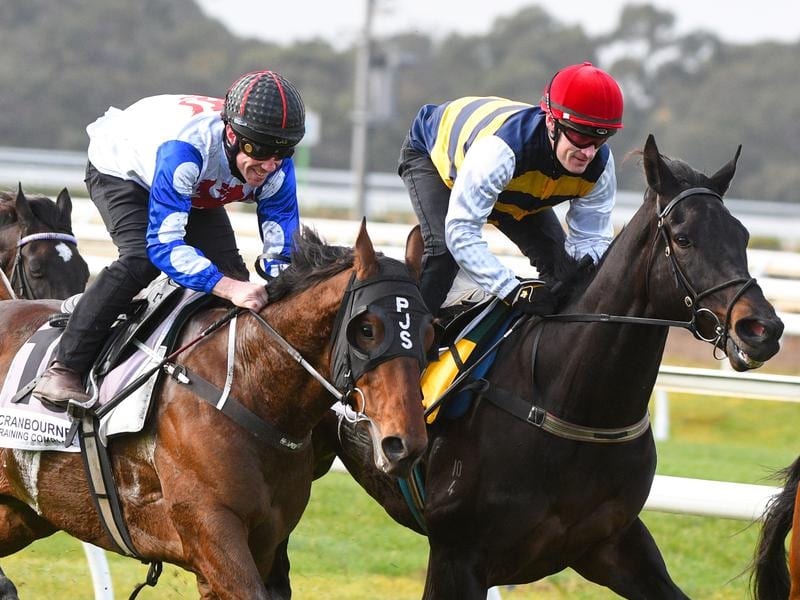 Undefeated country galloper Harbour Views is making his city debut at Caulfield, which could eventually lead him to Group One races on the other side of the country.

Trainer Matthew Williams said Harbour Views was “flying” ahead of his return and was not perturbed by the gelding’s outside draw in Sunday’s 1400m-race.

“To be honest I’d rather be drawn there than in one to four with him,” Williams said.

“We want to ride him a bit quiet so if he’s in the second half, the three-wide line with cover, I’d be happy because he can take off and be put in the race whenever and shouldn’t get into any strife.

“I think he’s a Group horse and he’s not taking on Group horses on Sunday so even from the gate I give him a really good hope.”

Williams plans taking Harbour Views to Geelong for his next outing and then to the $500,000 Melbourne Cup Carnival Country Final at Flemington on November 7.

He was supposed to then head to the Ballarat Cup but has been invited to compete in the Group One double of the Railway Stakes and Kingston Town Classic at Ascot in Perth in November and December, both $1 million races.

“We’ll just weigh that all up after he has his first few runs,” Williams said.

“We did take him to Swan Hill this year to see how he’d be away from home.

“It was only two nights but he licked the bin and you wouldn’t know that he was away.

“I’d be confident of putting him on a plane and taking him somewhere that he’d handle it all OK.”