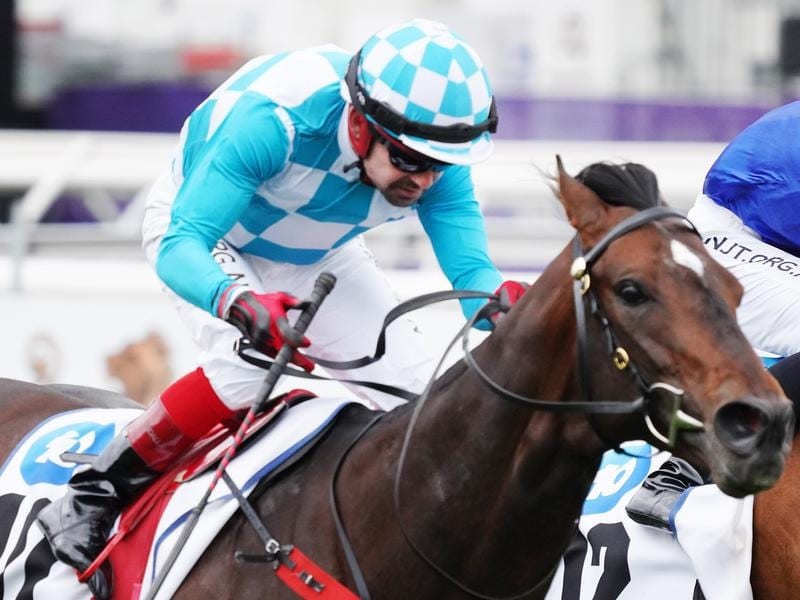 Dean Yendall’s past four Group race wins have been for trainer Lindsey Smith and the jockey is happy to chase another in the Group One Railway Stakes in Perth.

Yendall rides the Smith-trained Reykjavik in Saturday’s Railway (1600m) at Ascot, having won the Group Three Chatham Stakes at Flemington on the horse last Saturday week.

Reykjavik and Yendall have to overcome a wide draw, with the horse to jump from 11 in the field which has been reduced to 15 after the scratching of Manolo Blahniq.

“He’s got a chance, but if he drew an inside gate he was going to get an easy run and be a real good chance,” Yendall said.

“It’s just a bit sticky from there.

“He hasn’t got a big weight so I’ll try to give him the best ride possible.”

Yendall is thankful for the opportunities Smith has given him in feature races since the West Australian trainer set up a Warrnambool base in May.

The jockey did a lot of riding for trainer Darren Weir before Weir was disqualified early this year, and then a three-month injury lay-off after a fall at Morphettville in March set him back.

“Once Lindsey came on the scene he started using me pretty much straight away,” Yendall said.

“I had only just been back a couple of weeks riding track work,

“He’s thrown me a big bone really and helped me out.”

Yendall rode three winners from eight rides for Smith at the tail-end of 2018/19 season and has seven winners from 26 rides for the trainer so far this season.

Included among the victories are the Group Three Bletchingly Stakes in late July on Scales Of Justice and the Group One Memsie Stakes on the same horse a month later.

He is scheduled to ride Pacodali in the Group One Kingston Town Classic in Perth on December 7.