Two wins for Wilson-Taylor on metro debut at Gold Coast 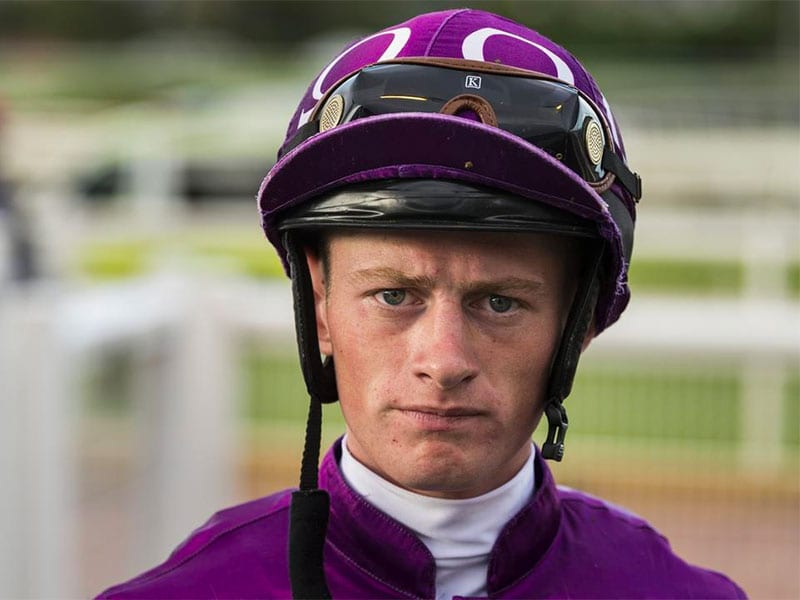 Australian apprentice jockey Kyle Wilson-Taylor made his long-awaited metropolitan debut on Wednesday at the Gold Coast, and it didn’t take long to get the monkey off the back.

The 21-year-old jockey has called Queensland home for nearly 12 months now and is apprenticed to Toowoomba’s Lindsay Hatch.

In the opening race of the day, Wilson-Taylor partnered Stuart Kendrick’s Fierce Warrior to a comfortable 2.25-length victory over 1000m.

“It’s great to get the monkey off the back in the metros and I want to thank Stuart Kendrick for the ride,” Wilson-Taylor said.

The young jockey puts in plenty of effort and is reaping the benefits after riding in 11 races across both Ipswich and Toowoomba on Saturday, as well as track work earlier in the day.

“The bosses keep me working hard and the rewards are showing.”

After the odds-on favourite Laborious missed the start badly, Wilson-Taylor’s mount was able to sit outside the leader and rank outsider of the field before letting down nicely to win well.

“Obviously the horse to beat … missed the start and sort of from then on I knew all he had to do was handle the track better than the rest,” he said.

“It is very heavy out there. We were lucky enough to get away with it.”

It did not take long for ‘KWT’ to get his second metro winner in just his third ride for the day on board Chris Anderson’s Reality.

Reality is proving to be a bit of an enigma, placing in his first three starts as favourite before winning well at Toowoomba last start and then backing up on Wednesday to win in a photo.

The four-year-old gelding settled outside his main market rival, Kingscote, before they separated upon straightening with Wilson-Taylor electing to come wide on the turn.

“Today’s been a sensational day so far,” he said.

“I came here with high hopes but I was lucky to get that winner then.

“His form he’s put on the board already has been good. He’s been nothing but consistent.

“On this wet track today we didn’t know if he would handle it, but he’s honest.

“I thought I got beat actually … he had enough, and he was tired in that heavy ground but he’s tough and fortunately we got the bob in.”

Since his racetrack debut, Wilson-Taylor has partnered 128 winners from 826 rides and sits second in the Queensland Provincial Jockey Premiership behind Justin Stanley.