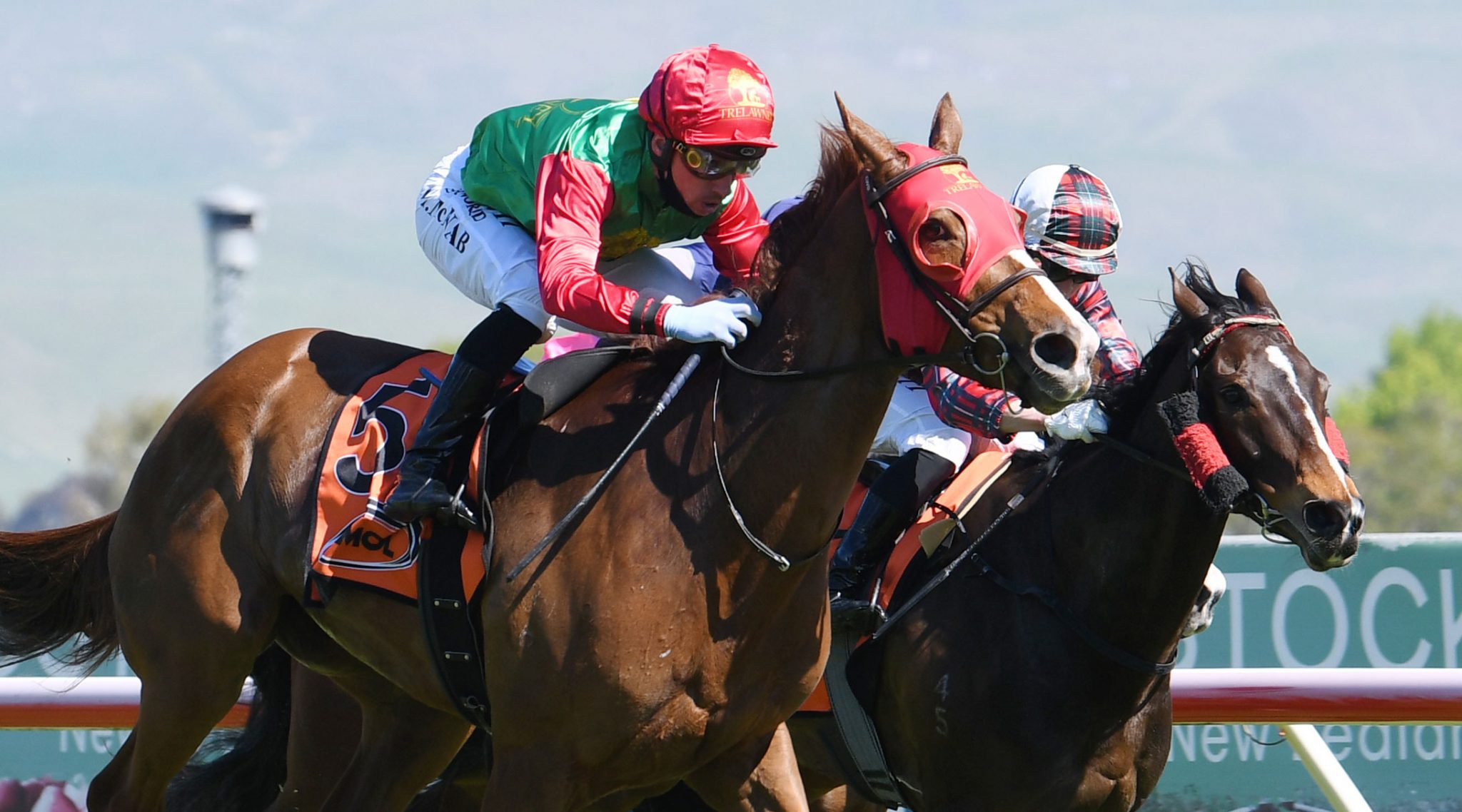 Noted fresh-up performer Two Illicit provided another example of her undoubted ability when she cruised to victory in the Group 3 Red Badge Spring Sprint (1400m) at Hastings.

The Roger James and Robert Wellwood-trained five-year-old was having her first run since an unsuccessful two-race campaign in Queensland over winter and came into the race without a trial to fit her for her raceday return.

That didn’t matter to the daughter of Jimmy Choux as she settled beautifully in midfield for rider Michael McNab, before idling into contention approaching the home turn.

Once McNab had her in clear air in the home straight, Two Illicit produced an undeniable sprint that carried her past eventual runner-up Times Ticking in three huge bounds before she eased up at the post to record her sixth career victory.

McNab was full of praise for the effort, acknowledging that he was confident of the win a long way from home.

“I got on the back of every horse I wanted during the run,” McNab said.

“They really pumped it on from the 600m and I scooted up the inside and then got every split I needed to.

“Mind you, when you have horses that are going that good it does make it easy for you and in the last bit, she was having a good look around.

“We all know she is a class horse, from a top stable and I was happy to be riding her for them.”

Wellwood was also pleased to see the mare bounce back to winning form after an indifferent four-year-old season.

“If we can keep her right, she is a very talented horse who showed us that as a three-year-old,” he said.

“It’s just good to see her back in the right order and winning nicely.

“She has just had a few niggles but hopefully we have ironed those out now and we can keep her in this order as we will win some nice races with her.

Carrying the Trelawney Stud silks, Two Illicit is raced by Brent and Cherry Taylor, Faith Taylor, Jane Taylor and Scott Malcolm and was one of the leading three-year-olds of her year, winning four of her seven starts, including twice at Group Two level before finishing second to Sherwood Forest in the Group 1 New Zealand Derby (2400m).

Out of the Tale Of The Cat mare, Gemini, Two Illicit has now won six of her 14 starts and over NZD$443,000 in prizemoney and is the second Trelawney Stud bred and raced winner from the James and Wellwood stable in recent weeks after Cheaperthandivorce won fresh-up over 1600m on the second day of the Hawke’s Bay Triple Crown carnival earlier this month.