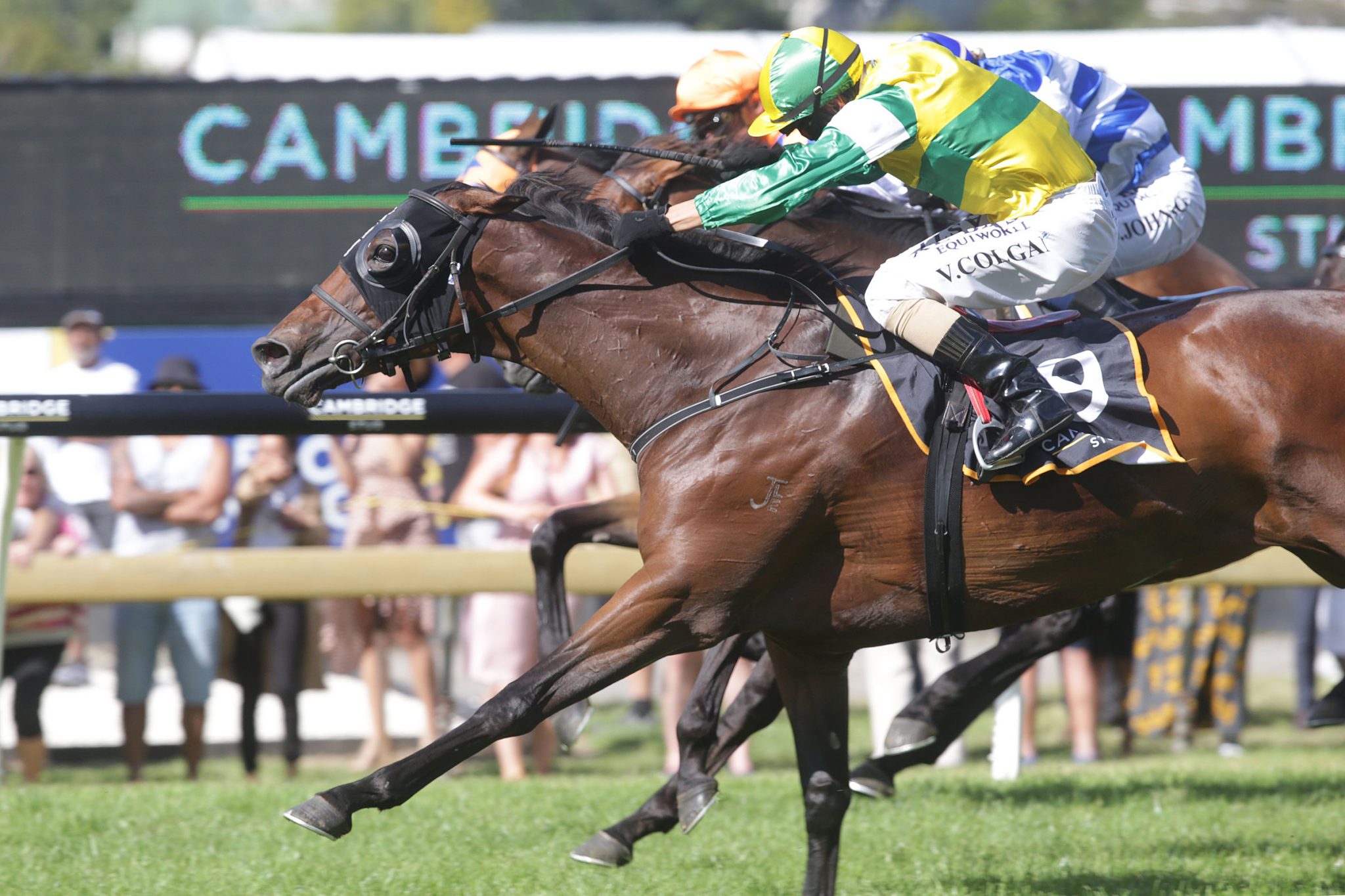 Roger James and Robert Wellwood will be chasing a third black-type success for the season when Concert Hall takes aim at the Group 3 Balmerino Stakes (2000m) at Te Rapa on Tuesday.

The Cambridge trainers have already claimed major targets with Cheaperthandivorce and Two Illicit, who both carry the Trelawney Stud colours, and are confident Concert Hall is in the right condition to excel in the Dunstan Horsefeeds-sponsored feature.

The Joan Egan-bred and raced daughter of Savabeel will be second-up, but it won’t be a lack of fitness that prevents the mare from showing her best form.

“The track is our main worry, the race fits in nicely for her but certainly we want the track to be as dry as possible,” Wellwood said.

“Obviously, she is jumping up sharply in distance and she has done a fair bit of work at home. She is in good order and it’s a nice race for her being run at weight-for-age.”

Concert Hall returned from a break in the Group 3 Taranaki Breeders’ Stakes (1400m) and, given her dislike of heavy ground, finished a respectable seventh and less than five lengths off the winner.

“The track was bottomless, but it was a good hit-out and we had to get her out and going. She had a good blow and has improved with the run,” Wellwood said.

Concert Hall produced a career-best performance to win last season’s Group 1 Zabeel Classic (2000m) at Ellerslie and the successful defence of that title is top of her connections’ wish list.

“We’ll be looking to have her in fine form for Boxing Day again so we’ll work her program back from there,” Wellwood said.

The Zabeel Classic also figures in future plans for Two Illicit, who impressed in her resuming run at Hastings when she came from back in the field to easily claim top honours in the Group 3 Red Badge Spring Sprint (1400m).

She will make her next appearance in the Group 2 Dunstan Feeds Auckland Thoroughbred Breeders’ Stakes (1400m) as a lead-in to the Group 1 Rydges Wellington Captain Cook Stakes (1600m) a fortnight later on December 4.

“Two Illicit will head to Counties for the weight-for-age age race for the fillies and mares. We’re going to keep her pretty sharp and, all going well, she’ll go down to Wellington,” Wellwood said.

“All going well after that, we will be looking at the Group One over 2000 metres on Boxing Day.”

Meanwhile, stablemate Cheaperthandivorce is unbeaten in two runs this preparation and followed up her Hastings victory by claiming the Group 3 Thompson Handicap (1600m) at her eighth career appearance.

She is out of the Group 1 New Zealand Oaks (2400m) winner Boundless, whose subsequent successes included the Group 3 Counties Cup, and the Franklin Auctions-sponsored event on November 20 is on her daughter’s program.

“She is going to head to the Counties Cup, she was super at Trentham. It was especially nice to see her win that well second-up over a mile,” Wellwood said.

“She has got a lot of ability, but it’s just taken a while for her to do everything right and she’s putting it all together now. I think she will keep improving this season and who knows how far she can go.”