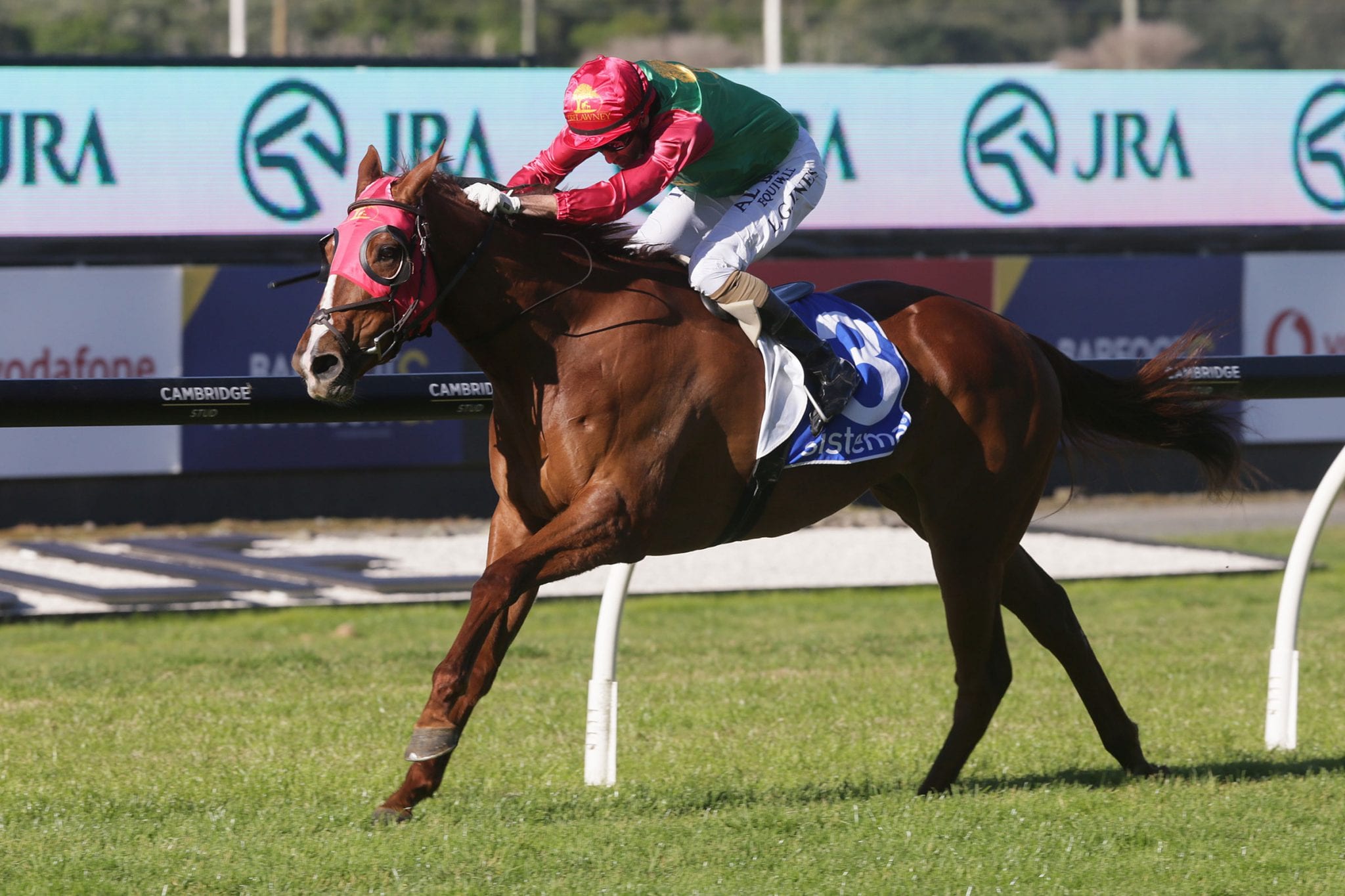 Roger James couldn’t have been happier with the return to racing of high-quality mare Two Illicit at Te Rapa last Saturday.

The issue now is to see if there are any autumn targets for her to chase.

One of the best three-year-olds last season, Two Illicit won on her return to racing as a four-year-old before finishing just behind the placings in both the Group 1 Windsor Park Plate (1600m) and the Group 1 Livamol Classic (2000m).

However, injury kept her off the track throughout summer, and her effort to dead-heat for third in the Waikato Draught 1400 at Te Rapa was her first since the Livamol.

“I wanted to run her Saturday because if I didn’t get started, any autumn target was off the radar timing-wise,” said James, who trains Two Illicit at Cambridge along with Robert Wellwood.

“I knew that she was very much not fully fit and it was really to be treated like a trial, especially since she had 61.5kg on her back and hadn’t trialled. She appeared back to her best in every respect so I was very happy with her.”

James said he would be talking with Two Illicit’s owners, headed by Brent and Cherry Taylor of Trelawney Stud, this week to decide on potential targets.

One option is the Group 2 Travis Stakes (2000m) for fillies and mares at Te Rapa on May 1, though James said it wasn’t ideal given that it came up just two weeks after resuming over 1400m last Saturday.

Other options are to target middle distance races in Queensland in May and June, or to save her for a Melbourne spring campaign.

“It’s an awkward time to be heading for a good race, but the fact we’ve got her back niggle-free is the main thing,” James said.

Two Illicit should be well suited by middle distance racing. Her victories last year included the Group 2 Royal Stakes and the Group 2 Waikato Guineas, both over 2000m, while she also finished second in the Group 1 New Zealand Derby (2400m) to Sherwood Forest and in the Group 2 Eight Carat Classic (1600m) behind Jennifer Eccles.

Plans are also uncertain for another of James’s top mares, Concert Hall, after finishing a distant second-last in the Group 2 Chairman’s Quality (2600m) in Sydney on April 10.

“We suspect it was an atrial fibrillation – the vets were busy for some time after the race and it was some time before they got to listen to her and they said she could well have fibrillated,” James said.

“She’s back home now and she’s fine. Again, we’ve got decisions to make on whether she runs again this season in the next few days.”

Meanwhile, James has six horses paid up to race at Tauranga on Wednesday. Loquita, Kashflo and Roccia are all acceptors for a maiden fillies and mares 1600m race, Encantador is in a 1200m maiden, while Contemplation and Currently are set for a 1400m maiden.

James said Loquita, a recent trials winner, was a nice mare in the making and probably the best chance of his trio in the 1600m maiden, while Encantador, another trial winner, was a chance in the 1200m maiden. He said his two runners in the 1400m maiden had ability but that Currently lacked a bit of ringcraft, while Contemplation probably wanted a longer trip.

However, he was worried about wet weather and a potentially heavy track, which could potentially mean all his potential Tauranga runners are scratched.

“The weather will determine what happens to them if they don’t run on Wednesday. During lockdown last year we had amazing weather right through, so if we got that sort of weather again this year we could have another two or three weeks where they could race.”