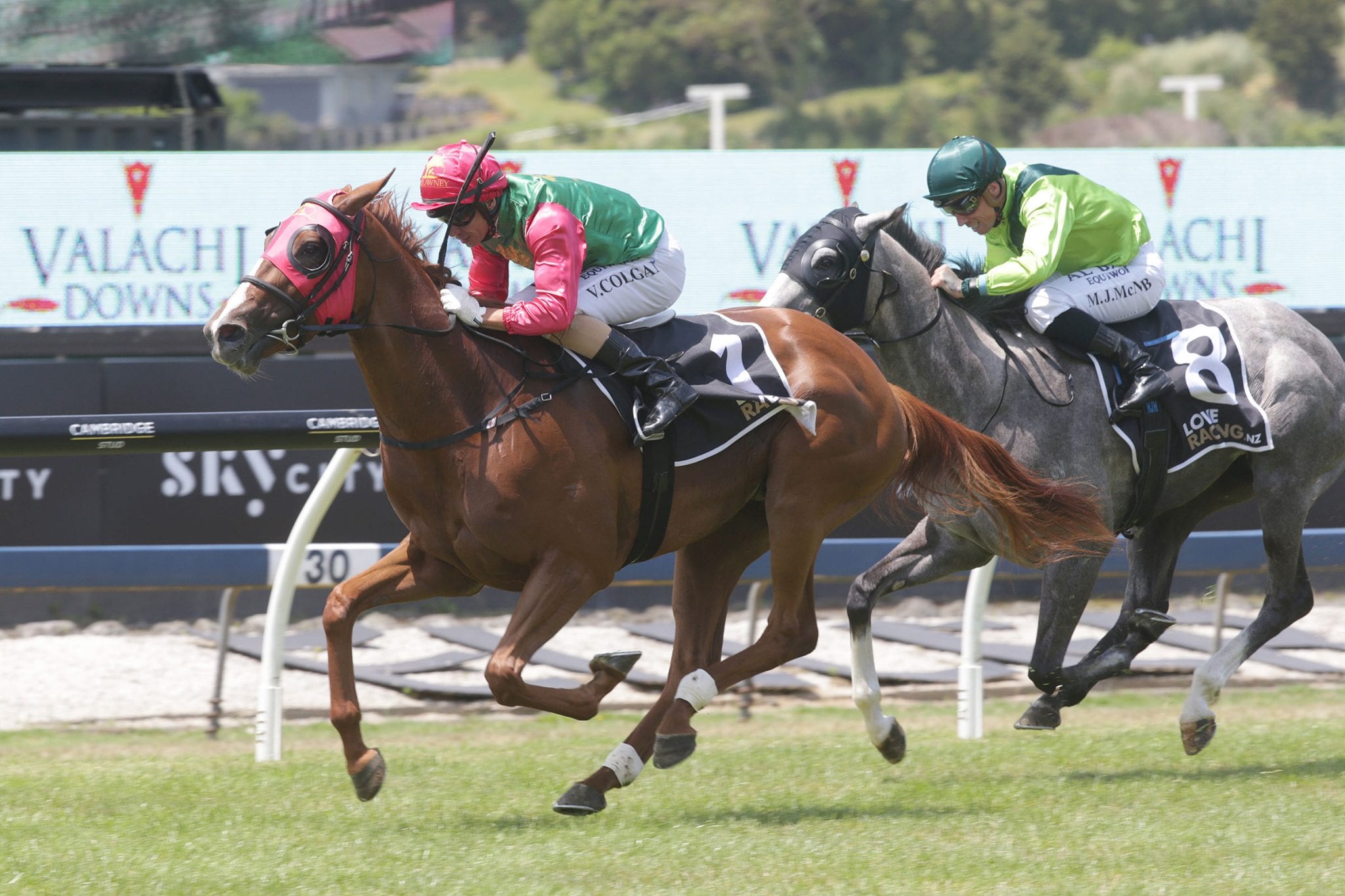 A trip to Taupo to bring on the fitness of talented mares Two Illicit and Concert Hall has received a hearty tick of approval from Cambridge trainers Roger James and Robert Wellwood. The Kingsclere training partnership couldn’t have been happier with the gallop, or the hospitality, with the pair provided with “delicious” scones, topped with jam and cream.

“The Taupo club excels. They’ve got a wonderful committee and they’re very fortunate that they are placed in an area that lets them provide good footing. But I’d have to say the committeemen’s wives excelled (with the scones) more,” James quipped.

James and Wellwood have used the gallop as the main training exertion ahead of their return to racing in Saturday’s JRA Trophy (1400m) at Ellerslie, having just done “maintenance work” since.

The return of Two Illicit holds much interest. The Jimmy Choux four-year-old impressed in her three-year-old campaign, racking up four wins, including success in the Listed Trevor Eagle Memorial (1500m) at Ellerslie, the Group 2 Royal Stakes (2000m) at Ellerslie and the Group 2 Waikato Guineas (2100m) at Te Rapa by seven lengths.

She also finished second in the Group 2 Eight Carat Classic (1600m) and the Group 1 New Zealand Derby (2400m) at Ellerslie. “She’s had that good hit-out at Taupo but she’s not wound up for this one,” James said. “I’m very happy with her. She’s had a long, patient build-up and she’s in big, strong order. I think she can give a cheeky account of herself on Saturday but she’s certainly not primed.”

Two Illicit was unplaced behind Avantage in a trial at Taupo last month as she builds towards the Group 1 Windsor Park Plate (1600m) at Hastings on October 3 and the Group 1 Livamol Classic (2040m) at the same track on October 17. “I haven’t asked any big questions of her in training so it’s hard to really know but physically, you look at her and you’d say she’s a much stronger edition of what we had last year.

“She did everything she did last year on her first preparation. It was a mighty effort to do what she did. Class horses can do phenomenal things but as long as she’s finding the line strongly on a track that’s hopefully not too wet, I’d be happy.”

On Concert Hall, a winner of the Group 3 Cuddle Stakes (1600m) at Trentham and the Group 3 Manawatu Cup (2300m) at Awapuni last year, James was no less pleased with her condition ahead of her resuming run. “She’s in good order too. Her best pursuits are further than what she’s going on Saturday but again, she’s too classy a mare not to be doing something, providing she gets good footing,” he said. “She’s twice a Group winner now and if she gets the right preparation, she’ll be coming into her own when she gets to 2000m.”