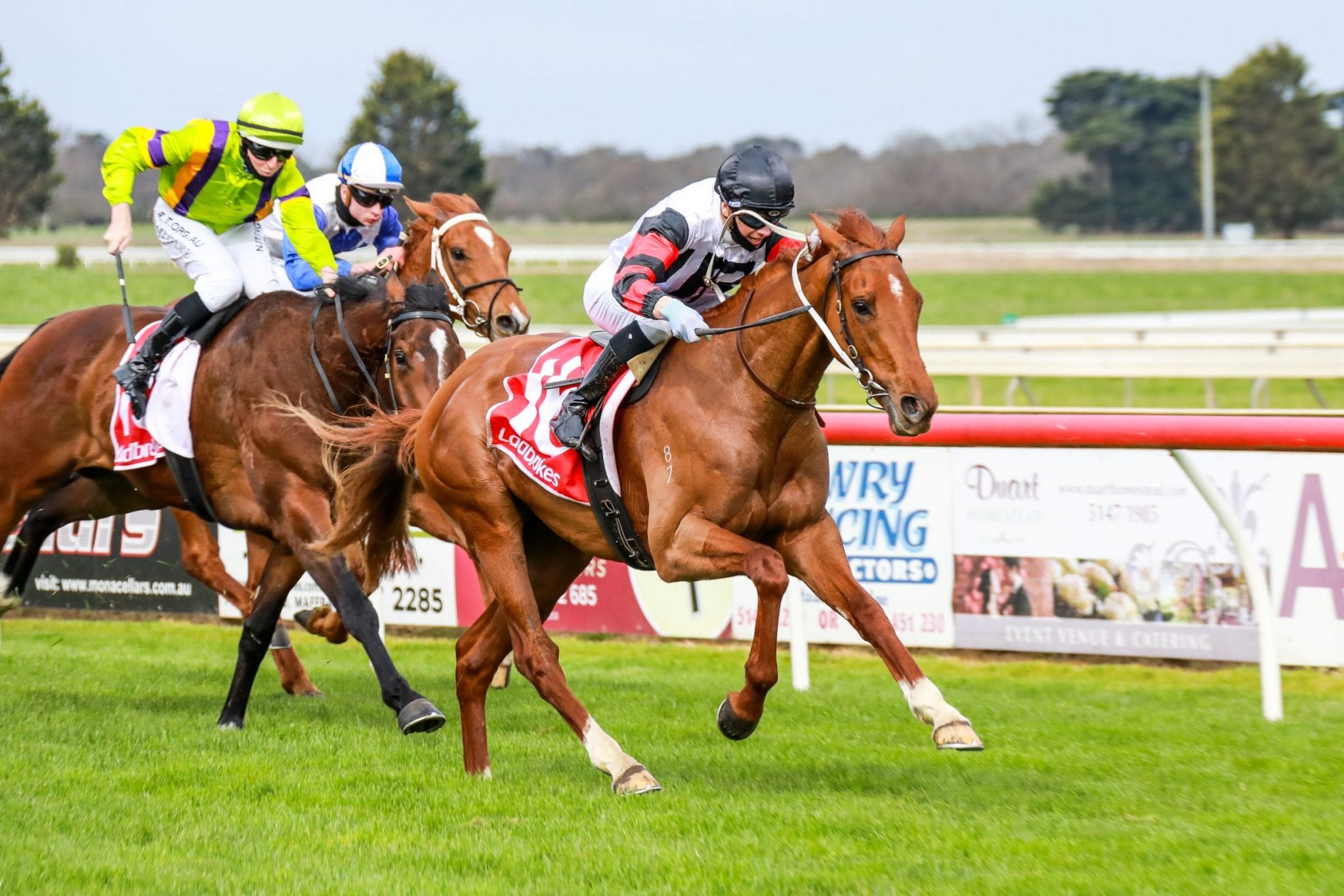 The classic seasons for a couple of Mick Price and Michael Kent Jr’s runners will start to ramp up this week. The Caulfield trainers will line-up Kiwi-breds Bak Da Man and Dalgarno in the Victoria Derby Trial (1800m) at Flemington today.

Bak Da Man recorded his maiden victory at the second time of asking at Sale last month and his connections are hoping he can run his way into Group 1 Victoria Derby (2500m) contention. “You had to like the way he won his maiden,” Kent said. “They ran a really genuine tempo that day and he had to come from a long way back. He won impressively in the end and he was strong to the line in a strongly run mile.

“He is a good mover and has the pedigree to back it up. He is a half to Ecuador and Pondarosa Miss. If he can run well we can map out a path towards the Derby.”

Stablemate Dalgarno will also be vying for a Derby run. “He hasn’t won a race yet, but he was given a freshen with an idea to head towards the Derby and he was just a little bit soft the last 50m the other day. He ran second in a maiden, but he has really come on and thrived.”

Kent is confident of a good showing from the son of Reliable Man and believes he is value at $34 with bookmakers. “He had the blinkers on in a gallop last week and Michael Walker rode him and he was thrilled with his work,” Kent said. “He really switched on with the blinkers. We think he is grossly over the odds. He will run a good race. He is a lovely big horse and Mick and I have always had a nice opinion of him.”

Both colts were sourced out of New Zealand Bloodstock’s sales by Import Racing. They purchased Bak Da Man out of Lenach Lodge’s Ready To Run Sale draft last year for $100,000, while they went to $50,000 to secure Dalgarno out of Hyde Park’s 2019 Book 2 Yearling Sale draft. “Import Racing love buying horses from Karaka,” Kent said.

After today Kent and Price will quickly turn their attention to their home track on Saturday where their three-year-old assault will continue. Promising filly Annavisto will contest the Group 2 Thousand Guineas Prelude (1400m), which will be her penultimate race of the spring. “We think she is a very good filly,” Kent said. “Mick Price formed a plan after her maiden win to get her to the Guineas. We don’t want to go past that this time in, being her first prep. “We wanted to get her to the Danehill (Group 2, 1200m), then Guineas Prelude, and the Guineas.

“The Danehill (where she finished eighth) was the wrong race to run her in, but it was the right race to get her on the right leg. “They sat and sprinted and she was a bit lost and green, but she has come through the race beautifully. “She will really appreciate going to 1400m and then the mile two weeks after that, all being well. “If any rain falls, which it’s due, it wouldn’t worry her at all. Avisto (dam) was a very good wet tracker in New Zealand and she is a really good filly.”

Kent will also be hoping to gain a start in the Group 3 Caulfield Guineas Prelude (1400m) with $225,000 New Zealand Bloodstock yearling sale purchase Captain Corelli. The colt finished runner-up on debut before recording his maiden victory at Bendigo last start. “For a horse by Tavistock out of Floria, who was a Brisbane Cup (Group 2, 2400m) winner, he has got an unusual amount of speed, which is what good horses have,” Kent said.

“No doubt Saturday will be the shorter end of his distance range, but he has had a freshen-up after he won his maiden. “We are hoping to get into the Derby, but we are also mindful that he is still a bit immature and we won’t push him unnecessarily. “He will go there in beautiful health on Saturday and run really well, but it’s going to be a tough race.”