Oceanex in doubt for Cup 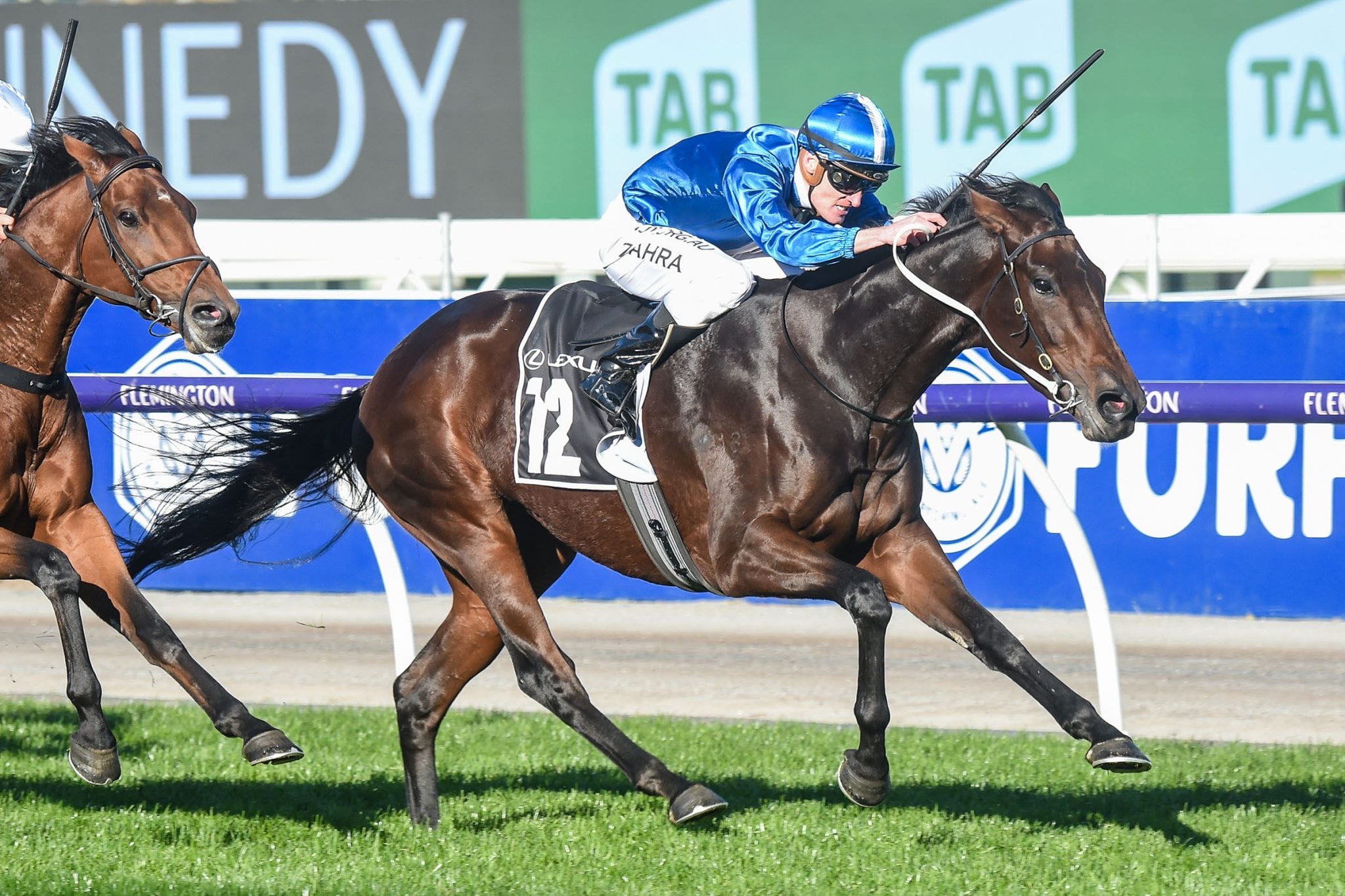 Oceanex was the first horse to book her ticket to the Group 1 Melbourne Cup (3200m) after winning the ballot-exempt Listed The Andrew Ramsden (2800m) at Flemington in May, but the Kiwi-bred mare is now in doubt of taking her place in the great race.

The daughter of Ocean Park underwent a veterinary examination by Racing Victoria’s chief vet Dr Grace Forbes at Caulfield on Thursday and she, along with co-trainer Mick Price and stable vet David Shepherd, were not happy with the horse’s action. “We had a 7.15am trot-up with Dr Grace Forbes, RV vet, this (Thursday) morning and Oceanex is not 100 percent in her action. We think it is foot related,”

Price, who trains the mare in partnership with Michael Kent Jr, told RSN927. “I came back in from being out in the middle and we trotted her up with Dr Dave Shepherd, who has been Oceanex’s vet since she was a yearling. We both agree that she is not 100 percent in her action so we are going to change the shoes on her and there is another inspection that will happen at lunchtime tomorrow (Friday).

“Conformationally she is really flat-footed and gets a little bit low in the heel, but she hasn’t had a day of unsoundness in her life. “She jars up on the firm tracks, there is a lot of horses who do. I think it has just got to the point where it has reared its ugly head and we just need to address it.”

Shepherd and Price have decided to try Equicast shoes to relieve pressure on her heels. “We think it is a heel issue, I don’t think it is a specific abscess,” he said. “We are not getting an acute response from one spot, we are getting a bit of sensitivity in both heels, mainly the off-front. “They (shoes) are called Equicast and they are a gear change. I am pretty confident that we will have a good result from them. “We have had these situations before where horses leading into races that have been in work awhile we need to reshoe them. If you unload a heel here and there it usually works.”

Forbes will undertake another inspection at noon on Friday and Price said he is still keen to accept with his mare for the Cup on Saturday. “We will do our best and see what happens at lunchtime tomorrow,” he said. “I would want to be accepting with her because you have got from Friday lunchtime to Tuesday 7:30am. I am not too sure what the protocol there is but we will just have to play it by ear.”

Meanwhile, Price will line-up New Zealand-bred gelding Redwood Shadow in the Group 1 Victoria Derby (2500m) at Flemington on Saturday. Price trained Tarzino to win the three-year-old feature in 2015, but he is doubtful he will be adding another VRC Derby to his mantle this weekend.

“Redwood Shadow has drawn out (barrier 12),” Price said. “He has got no tactical speed early in races anyway so we will be out the back and it would be nice to follow Cherry Tortoni and get a tag in there. “He is there fit and well as a lightly raced gelding and I am sure he will run well.

“His work has been great. He has worked at Warrnambool on the course proper since he raced at Caulfield. He is certainly training on, it’s just a matter of how the race will be run and whether he is good enough on the day.

“My feel is that he may not be the biggest, strongest horse with the most ability in the race to get there and win. If we have a soft run in the race and motor up late and run in the first five it is going to be a worthwhile exercise.”