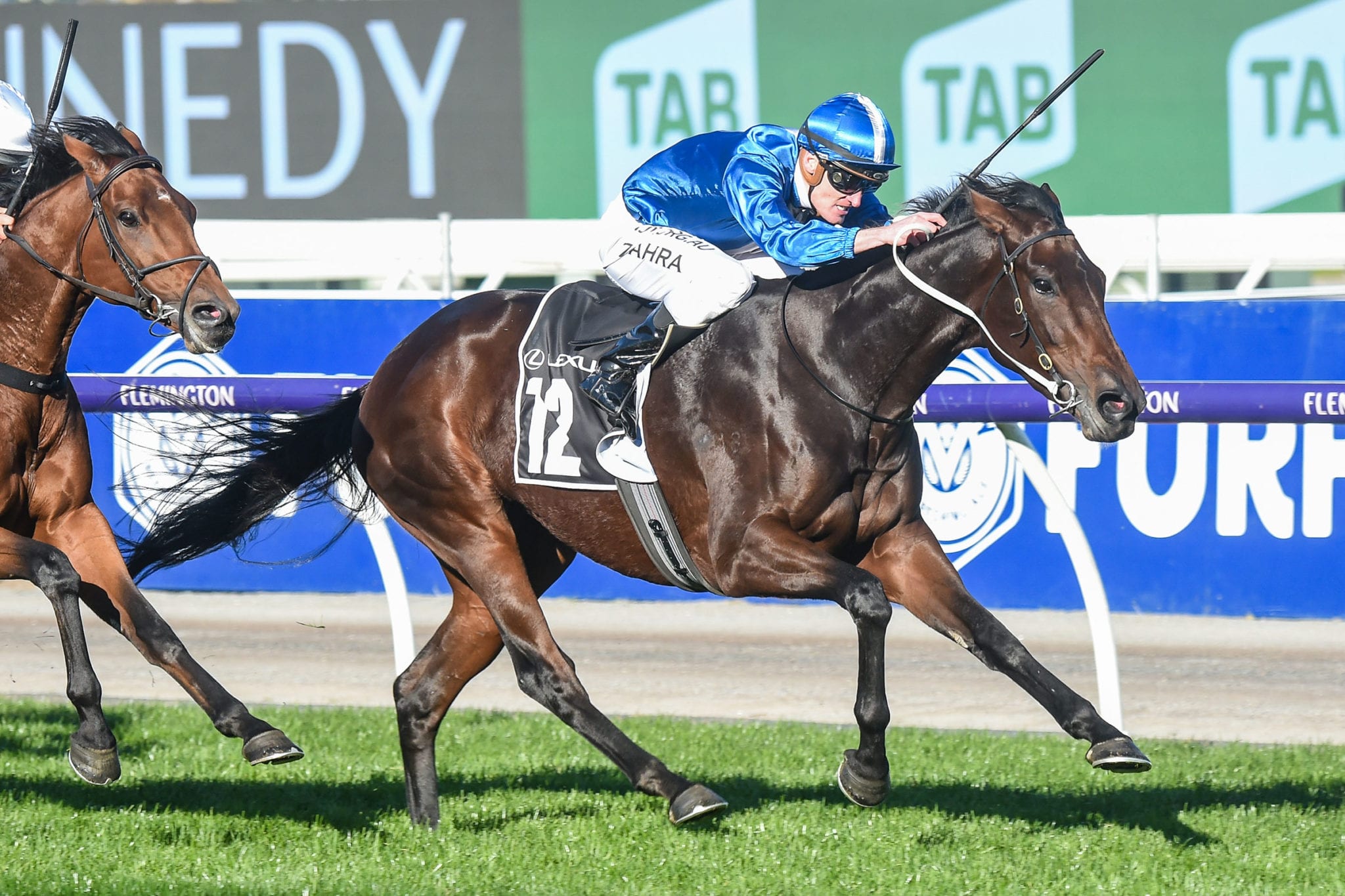 The infamous 10,000m Bart Cummings Group 1 Melbourne Cup (3200m) preparation has been adopted by a number of trainers in the lead-up to the great race. The Hall Of Fame trainer lifted the famous mug on a dozen occasions using the method, however, this year’s first qualifier won’t be following such a demanding path.

New Zealand-bred mare Oceanex secured her place in the great race by taking out the ballot exempt Listed The Andrew Ramsden (2800m) at Flemington on Saturday. By already assuring herself a place in the field with Saturday’s victory, Mick Price, who trains the daughter of Ocean Park in partnership with Michael Kent Jr, said they will likely take a less stringent approach with her Cup preparation.

“I haven’t had time to sit down and think how we get there, but I know she is a mare that you don’t need to be too hard on,” Price said. “In-between Adelaide and coming back for the Andrew Ramsden, she had a little freshen-up. “She had an 1800m gallop here (Caulfield) last Tuesday and the same the Saturday before, and she went to the Andrew Ramsden and did what she did. “So we have got a line on her. We don’t need to be grinding the miles into her. We will just keep her sound and fit.

“She is mature enough to be trained and raced as a staying horse. She has always been a lightish filly, she wasn’t all that robust as a three-year-old, and she is probably still not. “I had a good look at her yesterday (Sunday) and there is not an ounce of fat on her. The pleasing thing is that she has got a nice set of lungs for the staying journeys, so into the Melbourne Cup she goes.”

Price said he has taken a patient approach with the $70,000 New Zealand Bloodstock Yearling Sale graduate, and it is starting to pay off. “You have got to give those Kiwi horses the benefit of the doubt when they are young,” he said. “She was okay when she was young, she was a good wet tracker. “She won the Matriarch (Group 2, 2000m), which at that point I thought was a peak rating for her. We did go to Sydney with her just to try and find the right races for her.

“There are not too many 2000m mares races, you would have to go against the older horses and the open handicapping horses. She found it quite hard and Tom Marquand said ‘you want to try her over a mile and a half, she gives me the feel that she will keep on running.’ “Hence Adelaide and hence the Andrew Ramsden.”

Oceanex has gone to the paddock in preparation for her Melborune Cup bid. “She has gone up to Longwood and will get a little bit of winter sunshine and green grass up there,” Price said. “She needs to put on a little bit of weight.”