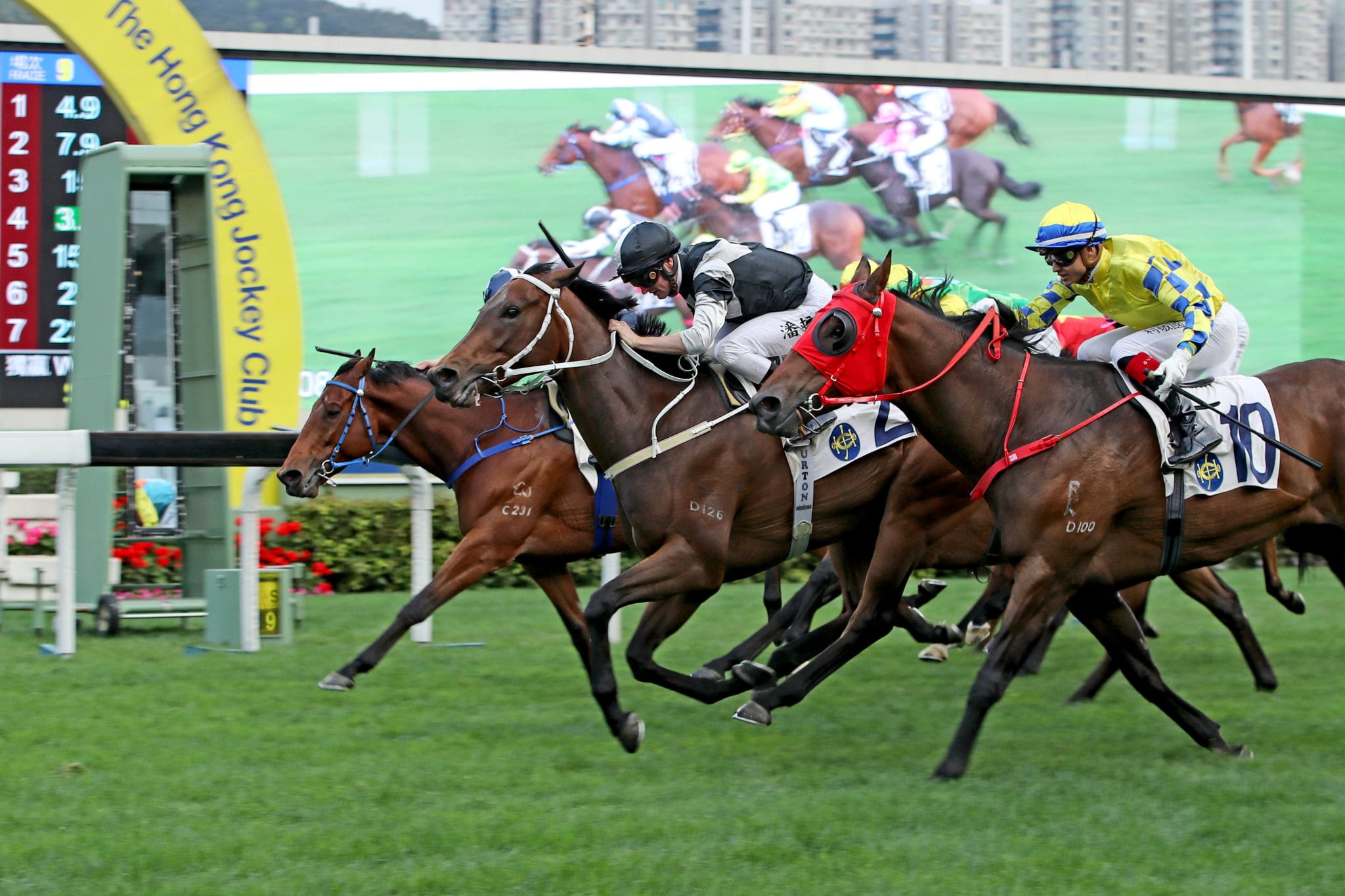 Transcendent will attempt to maintain a perfect start to his Hong Kong career when he lines up under a new pilot in a smoking hot Class 2 Chak On Handicap (1200m) at Sha Tin on Sunday (29 March).

The Tony Cruz-trained four-year-old notched a smart win on his Hong Kong debut two weeks ago under Zac Purton, but with the champion jockey pre-booked for the opposing Perfect Match, Chad Schofield will take the reins at the weekend.

“This race is a tougher race,” Cruz said. “He’s gone up in class, he’s up five points to a rating of 85, and I haven’t got Zac this time, he rides Danny Shum’s horse, but still, he’s got a good draw (1) and he’s fitter than last time.

“I believe he’s in great shape, I’m very happy with the horse and I’m hoping he’ll do something on Sunday.”

Transcendent raced 10 times as Pizzicato for Fabrice Chappet in France and bagged five wins, including a 1300m Listed contest at Chantilly and the All-Weather Championships Conditions Stakes (1201m) at Lingfield, both on Polytrack.

“He was very impressive at his first outing in Hong Kong,” Schofield observed. “It’s quite rare for horses to come and win on debut in Class 3 but he did it really well. He goes up to Class 2 now with a light weight (120lb).

“It’s never easy but he showed really good ability on his Hong Kong debut so let’s hope Tony can keep him winning.”

Schofield notched his first win for the Cruz stable aboard Circuit Three as recently as February and has followed up this month with another success on that racer plus a victory on Sunshine Warrior at Happy Valley a couple of weeks back.

“Tony’s given me some nice rides and I’ve had a few winners for him, and he’s starting to throw me some quality rides, such as this horse, so I’ve just got to make sure I make the opportunity count,” the rider said.

Purton, meanwhile, was pleased with Transcendent’s first-up win but will side with the hat-trick seeking Perfect Match this time.

“Transcendent did what I thought he was going to do (first-up), he was trialling well and he gave me a good feel,” the Australian said.

“It was an awkward gate (12), I had to go a long way back, he sprinted through nicely and I thought when he got to the front he switched off so there’s a little bit more there, and there’s no doubt he’s up to this grade.”

Purton will climb aboard Perfect Match for the first time since they teamed up for a Class 3 1400m score 11 months ago. He takes over from Alexis Badel who has returned to France following the conclusion of his winter contract.

“I had the booking on Perfect Match quite a way out,” Purton said. “These Class 2 and Class 1 races, there are normally only one or two of them available a month and the trainers are quick to look ahead.”

The progressive four-year-old has risen to a career-high rating of 95 since his last outing at the end of January and will make only his third start at the 1200m trip; the first of his six career wins came at that distance but all subsequent scores have been achieved at 1400m.

“He’s an honest horse, he always gives his best, he goes well when he’s fresh,” Purton noted. “He ran very well at this course and distance earlier in the season – he travelled four-wide no cover and it looks like that might be the same again this weekend, so he’s going to need to be at his best. There’s a lot of pressure in the race and it’s a bad gate (11) so we’re going to need some luck.

“His trial was good. He’s a horse that always wants to please and he did that.”

Cruz is also set to saddle top-weight California Whip (131lb) and Hong Kong Bet (123lb), the mount of Neil Callan. The latter, a two-time winner last term, made a belated return at the beginning of February and followed up with an eye-catching third at Happy Valley a month ago.

“I haven’t seen any easy Class 2 races but he’s got a good draw (3), which I think will be important to him. When you look at it, he’s won his races when he’s been close to the pace or around it so I think that’s important to him and if we can sit handy, he could run a good race then,” Callan said of the four-year-old.