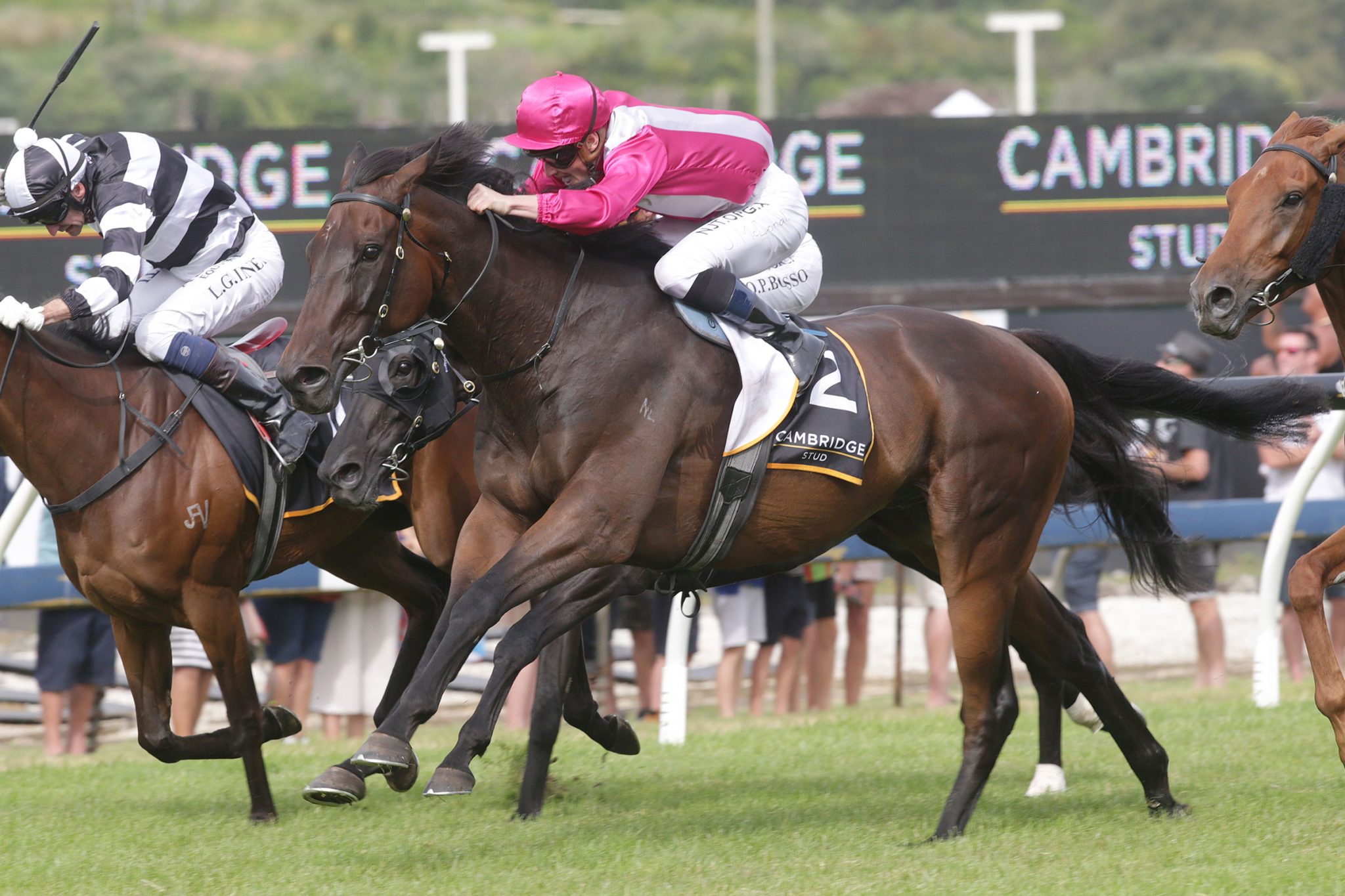 New Zealand trainers Murray Baker and Andrew Forsman will have runners on both sides of the Tasman this weekend, with the common denominator being heavy tracks at both Tauranga and Rosehill.

The training duo will send Saint Bathans and True Enough to Tauranga, while smart stayers The Chosen One and Marroni will be joined by three-year-olds White Noise and Regal Lion as the stable targets another successful Sydney raid.

The son of Maurice had shown good ability when placed at two of his four starts for trainer Margaret Falconer.

“He’s had a good grounding with Margaret and we’re lucky to have him,” Forsman said.

“He’s obviously a talented horse with a bit of ability but it’s just a matter of letting him find his way.

“It was nice to get the maiden win out of the way so quickly because he does have the raw talent, it’s just his racing manners that are taking a bit of figuring out. As he steps up in grade hopefully, he just continues to improve with racing.”

Saint Bathans is untested on truly rain-affected going and will strike a Heavy 10 track at Tauranga.

“He’s fit and well and I guess it’s not the worst time to try and find out whether he will handle it,” Forsman said.

Group One winning galloper True Enough continues to please after a good fifth when resuming at Ellerslie last start from a lay-off of 16 months due to injury.

The eight-year-old will contest the Group 2 Ultimate Mazda Japan Trophy (1600m) and Forsman believes True Enough is a winning prospect should he handle the going.

“He’s very well weighted under set weights and penalties, which was the appeal of running in this race. Where he sits in the handicaps it is tough for him,” Forsman said.

“We were rapt with him at Ellerslie the other day knowing he would improve a lot, and we feel that he has. Second-up off a long break on what we are expecting to be a pretty testing track, I guess that’s the query.”

Across the Tasman, Forsman is hoping The Chosen One will handle the Heavy 8 surface at Rosehill, where he will contest the Group 1 Tancred Stakes (2400m) with the Savabeel entire in a rich vein of form.

“I know we say this every prep, but we feel like he’s going as good as he’s ever gone before. He’s in great order,” Forsman said.

“We are a little bit wary of the track conditions. He dipped and dived most of the way around at Te Rapa two starts ago when it was quite rain-affected and he didn’t seem to appreciate that but stuck on alright. It’s really how he handles it in comparison to most of the others.”

Three-year-olds White Noise and Regal Lion should be respected when they contest the Group 2 Tulloch Stakes (2000m) given the imposing record of the stable in the race, having won the Tulloch on five occasions previously.

The pair are dropping back in trip after finishing third (Regal Lion) and seventh (White Noise) respectively in the Group 1 New Zealand Derby (2400m) at their last start and Forsman expects them to be ridden conservatively as they look to again peak for the Group 1 Australian Derby (2400m) at Randwick on April 2.

“We felt like White Noise just didn’t get the rub of the green the way the Derby was run. Back to the 2000m should suit him. He may be a bit of a query on the wet track given the only poor run he has put in was on a wet track at Tauranga.

“Regal Lion should handle the track, the tricky thing will be the bad barrier (15) and dropping back to the 2000m.

“They’ll both be a little bit dictated to by the tempo of the race and hopefully they can make ground.”

“They travelled over before we had any rain here in New Zealand and we made the call to take him to Sydney and throw him in the deep end knowing that there would at least be genuine wet tracks for him there,” Forsman said.

“It is a big ask but hopefully he can measure up.”