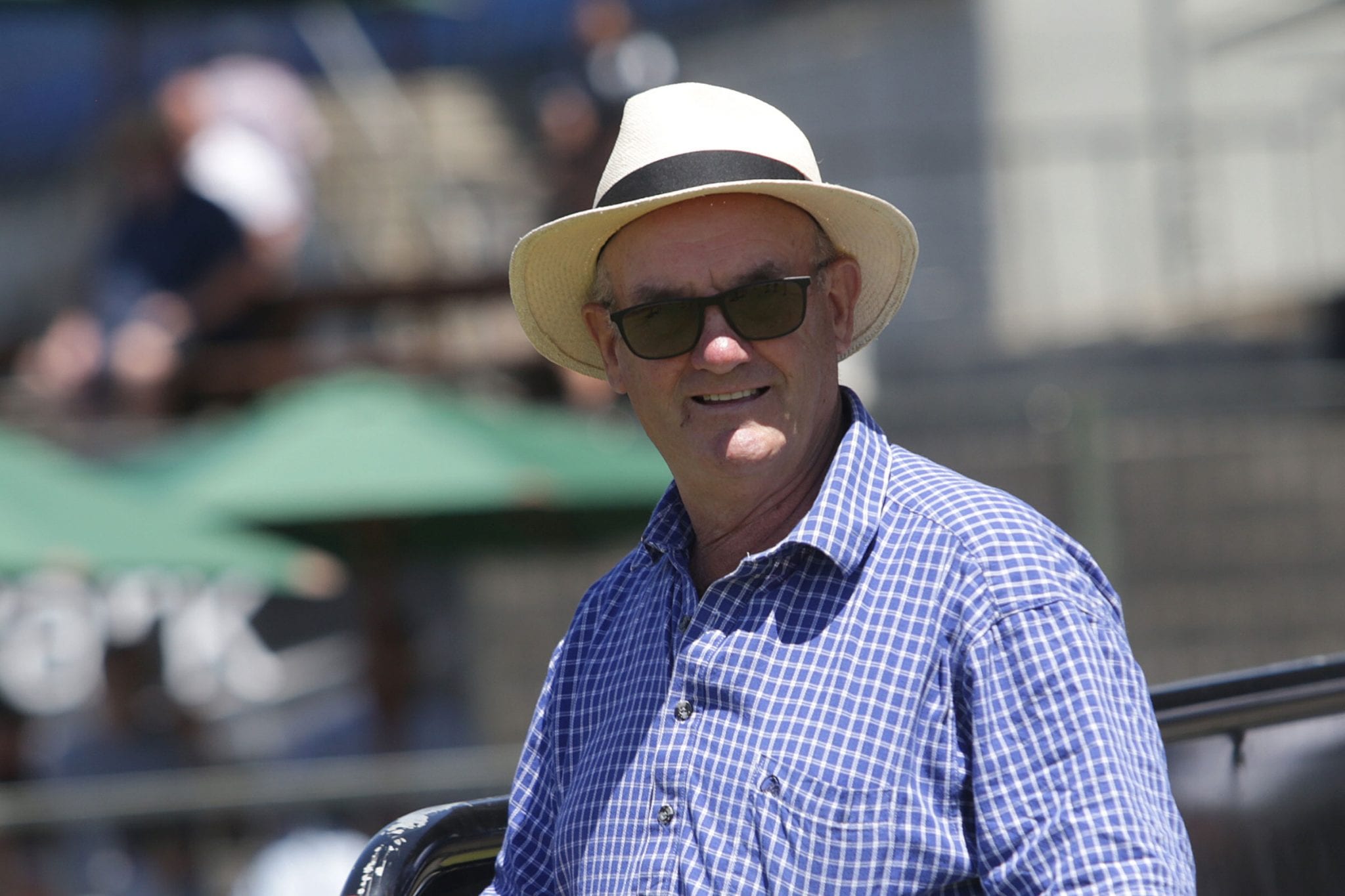 If hernia surgery hadn’t forced Cambridge horseman Fred Cornege to stay at home on Saturday, he might not have ended the day as the trainer of a Group Three winner.

Cornege said the surgery was nothing serious but enough to keep him at home for recovery while his wife and co-trainer Lindsay was at Rotorua to start their consistent mare Pop Star Princess in the Group 3 Rydges Rotorua Stakes (1400m).

Pop Star Princess won by hugging the rail on the wet track for jockey Jonathan Riddell while the rest of the field went wide – a tactic which was planned while Fred watched the television coverage at home.

“I saw that the strip right along the rail still looked pretty good, so I rang my wife, who was at the course, and told her we should try and stick to the rail if we could get across there from barrier 11,” he said.

“She told Jonathan, who rode her perfectly. She’s only a little thing and she hugs the rail like a greyhound.”

The ground she saved on the rail proved very handy as she got home by 1.75 lengths from the favourite Supreme Heights.

The victory was the ninth for Pop Star Princess, and by far the most important as it was her first black type win. She had previously been black type placed.

“She’s won nearly NZ$250,000, but the win for her was worth more than the NZ$37,000 in prizemoney because of what it does to her broodmare value,” Cornege said.

“Her half-brother Midships won the day before in Australia as well.”

The relationship between the two couples hasn’t been the best, with a court case and disputes over the lease. The issues were settled a couple of years ago, and the lease finishes at the end of the 2020-21 season, when the mare returns to the Calnans.

Fred Cornege, 72, has been in the industry since 1975. Born in the Netherlands, Cornege and his family emigrated to New Zealand when he was 13.

“I have loved horses all of my life,” Cornege said, despite his family having no immediate links to equines.

“I used to help the milkman and the baker with their horse and cart back in Holland, and that is where it all began.

“When we moved to New Zealand, we settled in Island Bay in Wellington and there was a riding school above where we lived.

“Lindsay was raised on a farm out the back of Dannevirke and could ride before she could walk.”

Both successful showjumpers, the Corneges were married in 1978 and Fred predominantly worked at stud farms such as Trelawney Stud, Paramount Stud, Woodleigh Stud, and Seattle Lodge Stud in Pahiatua.

Since moving to Cambridge they have prepared a few horses as well as various other positions, including pre-training for Roger James for a time.

Cornege said Pop Star Princess was the best horse he has trained through a full career, though others he prepared include Big Quick, who was sold to Hong Kong and performed well there as Best City.

The Corneges have seven horses in the stable. With Pop Star Princess about to leave their team, they are hoping her mantle will pass to their three-year-old filly Rose ‘N’ Power, a winner of two races from seven starts.