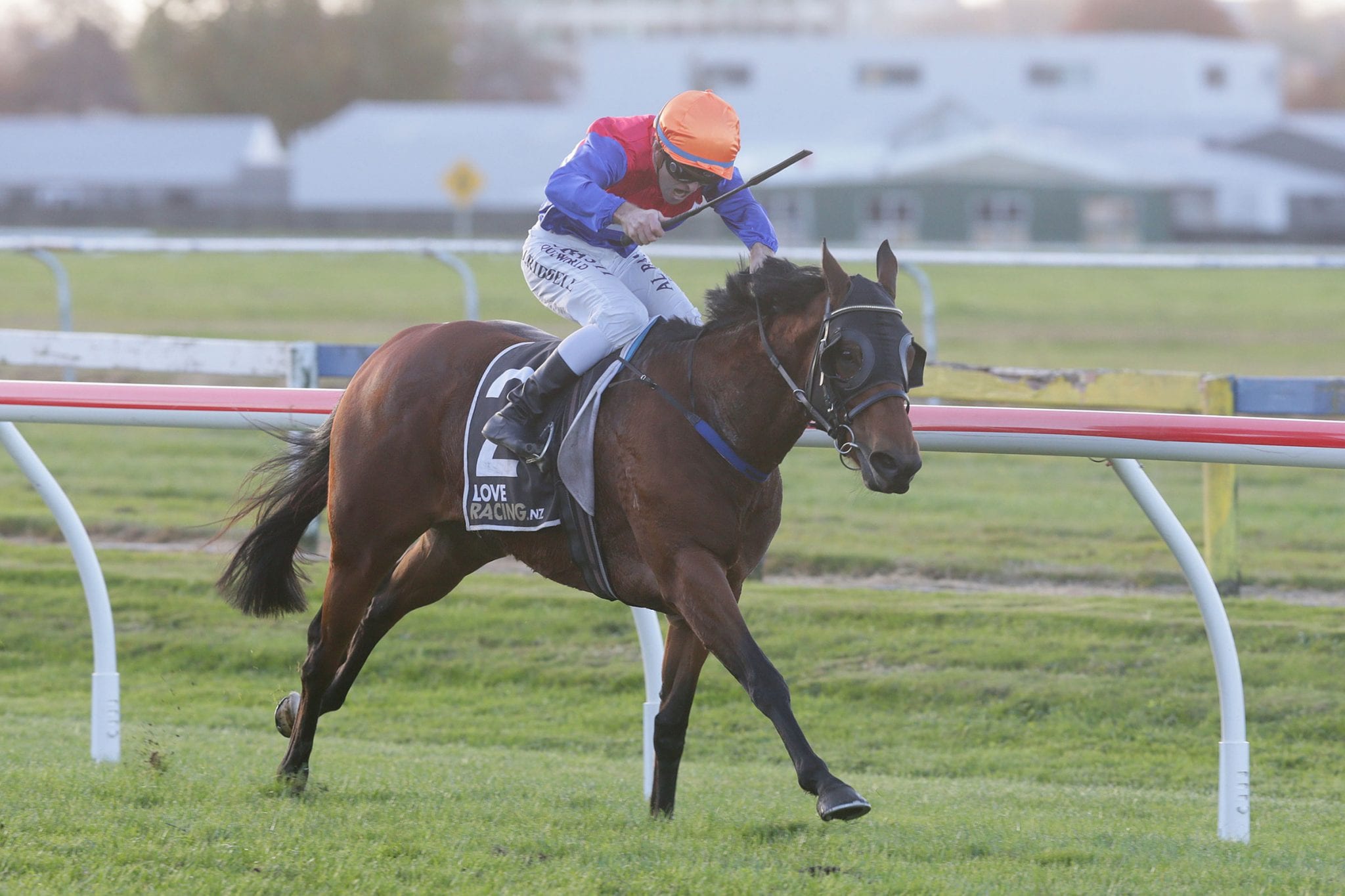 The noted front-runner had disappointed just seven days ago at Te Rapa when fading badly after being annoyed throughout the 1200m journey when taking up her customary pacemaking role.

Riddell wouldn’t let that happen this time as he bounced the six-year-old mare to a clear lead from the starting gates and maintained a steady tempo that kept his race rivals at bay in the first half of the race.

With his main rivals making swooping runs to race into contention at the 400m, Riddell hugged the rails on Pop Star Princess who kicked hard and put up a three-length advantage. Although starting to weaken in the final 100m Pop Star Princess had enough in reserve to hold out race favourite Supreme Heights and the well fancied Katie Perrie to secure a gritty victory.

Co-trainer Fred Cornege, who prepares the Makfi mare with his wife Lindsay, was at home on the couch recovering from surgery during the week but found time to give some last-minute instructions that played their part in the victory.

“I couldn’t go to Rotorua as I had hernia surgery during the week, so my wife Lindsay was in charge,” he said.

“I guess when you are watching at home you can see a bit more about what is going on and with the kickback there was in the earlier races, I rang Lindsay and told her the best thing would be to hug the rail and try and sneak a break on the corner.

“When she is in the zone this mare is very tough to head and when she got the break, I thought she was going to be very hard to catch.

Cornege and his wife race Pop Star Princess on lease in conjunction with Sue and Pat Calnan, with Cornege resigned to farewelling his stable star at the end of the season.

“Our lease runs out at the end of this season so she will be going back to her owners then,” he said.

“Now she has shown she can handle the deeper tracks we will give her a week in the paddock and then get her ready for a race at Tauranga towards the end of next month.”

Cornege was referring to the Listed Team Wealleans Tauranga Classic (1400m) to be run at Tauranga on June 26.