Trainers Ramsay and Ritchie in search of winning sign-off 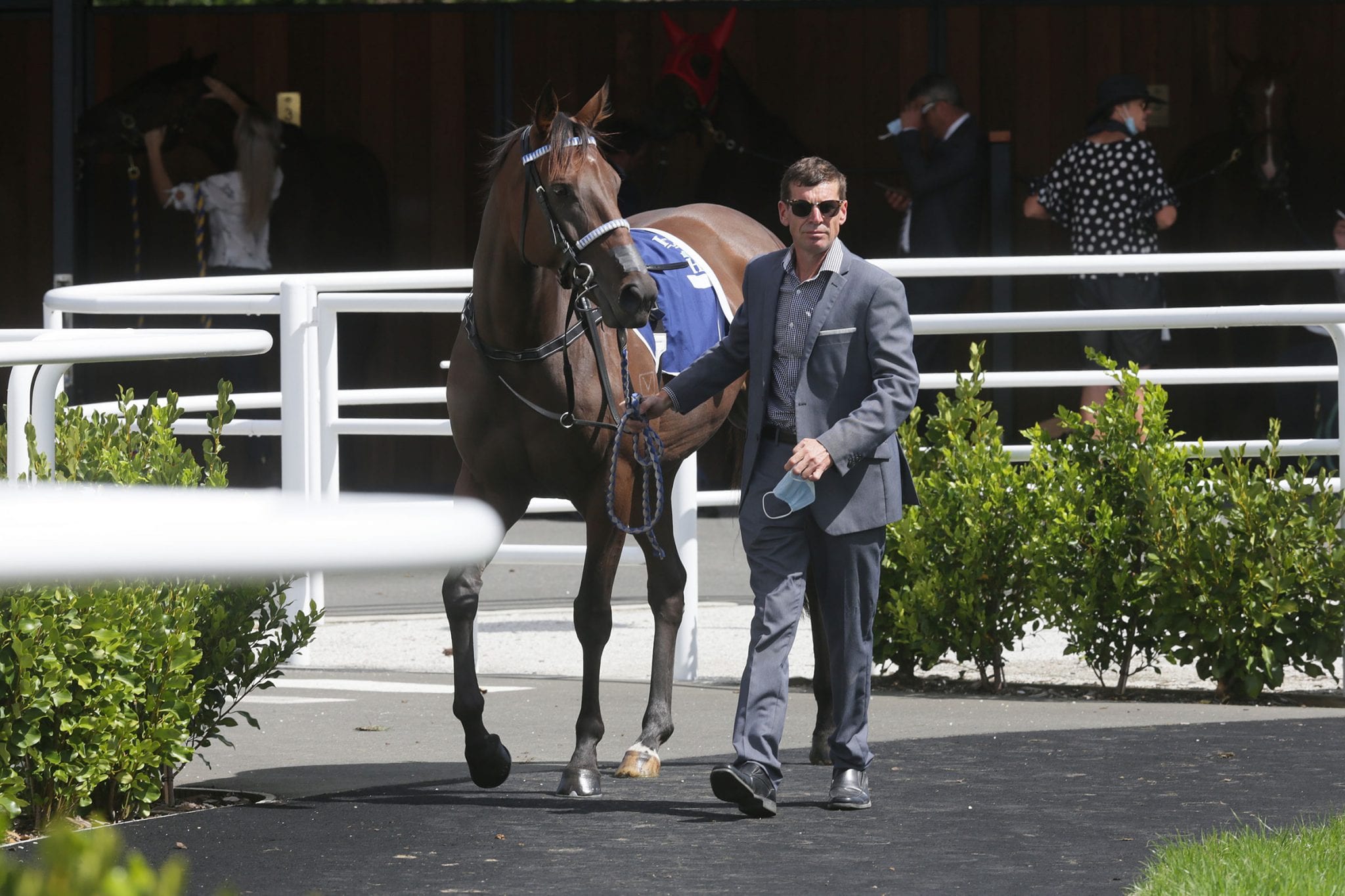 New Zealand trainers Steven Ramsay and Julia Ritchie are hopeful they can enter holiday mode on a winning note, with Saturday’s Awapuni runners Naval Fleet and Maison Roxanne likely to be the couple’s last runners for the next few months.

The Maungatautari conditioners, who train for Sir Peter Vela, will venture south with the consistent mares as they look to enhance their records, with the stable set to have a three-week shut down after the weekend as horses and humans have a freshen up.

Stakes placed Naval Fleet is unlikely to get the opportunity to add to her black-type record this season, sitting third on the ballot for the Listed Rangitikei Gold Cup (1600m), but will be a strong chance in a Rating 74 event over 1400m on the undercard.

“We obviously would have liked to run in the Rangitikei Gold Cup, but the (volume of) nominations really came out of the woodwork,” Ramsay said.

“She loves Awapuni and she is really genuine and should run well in the Rating 74. She doesn’t know how to run a bad race and has only run out of the money once. She always gives her best and she can go on any track, including the rain affected surface down there at present.

“She is a lovely mare that galloped well at Matamata on Tuesday and will be back next season to try and get a stakes win.”

From three starts at Awapuni, Naval Fleet boasts a win and two seconds and will have the services of leading apprentice Hazel Schofer, who claims one kilo.

“She is a bit the same, a model of consistency,” Ramsay said.

“She bounced out of that race so quickly and licked the bowl after Matamata and dragged us out of the paddock the next morning, so we thought the quick back-up wouldn’t worry her. She goes well on rain affected ground.

“Sam Collett has ridden her twice and has won on her twice, so she gets on well with her.”

Ramsay and Ritchie have prepared a team of around 20 this season, with several ultimately bound to bolster Vela’s quality Pencarrow Stud broodmare band.

The flag-bearer this season has been Siracusa, who won the Listed Karaka Classic (1600m) at Pukekohe in October and was placed in both the Group 2 Tauranga Stakes (1600m) and the Group 2 Japan Trophy (1600m), both at Tauranga.

“She seemed to go well last spring so she’s just going to have a little break and we’ll see how she comes up for next spring and try to get some more black type.”

Ramsay has also been pleased with the progress of Side By Side. The filly won three of her seven starts and finished sixth in the Group 3 Cambridge Breeders’ Stakes (1200m) at her final start for the season.

“She ran the second-quickest last 600m in the Breeders’ Stakes and we’re hoping to get some black type out of her as well.”

Of the rising three-year-olds, Ramsay said promising prospects at this stage were a Redoute’s Choice filly out of Velvet And Satin and a colt by Astern out of Sopraffina.

Ramsay said there were a number of positives to closing the stable for a few weeks.

“We shut down for a month, and a few of the staff have been off already, so it will be the best part of three weeks before it is back up and running. We might have a few runners towards the tail-end of the season.

“All of the staff know that roughly between the end of May and the end of June we will shut down, so they can plan their break. It’s a good opportunity for everyone to recharge their batteries.”