Siracusa gets a second chance at Group One glory 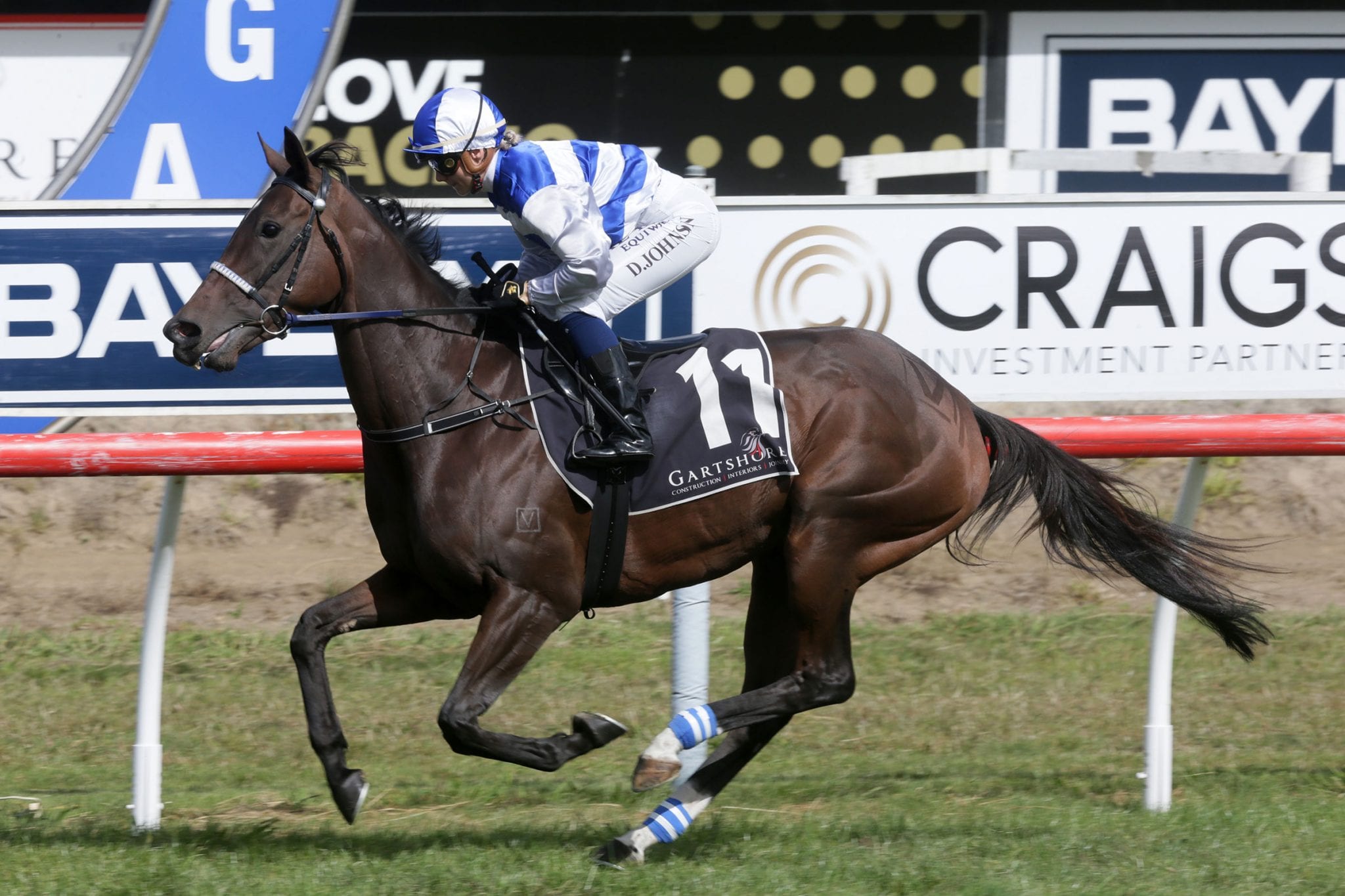 A bizarre incident that looked likely to cost progressive mare Siracusa a shot at a Group One title on Saturday may have a happy ending for the Steven Ramsay and Julia Ritchie-trained galloper.

The pair were devastated to find their charge with a badly swollen mouth on Saturday morning, courtesy of a wasp sting, shortly before she was due to be transported to the Te Aroha track to contest the Group 1 Fiber Fresh New Zealand Thoroughbred Breeders’ Stakes (1600m).

Forced to scratch the Sebring four-year-old, Ramsay and Ritchie were feeling down in the dumps before receiving a lifeline when the racemeeting was abandoned due to a slippery track after race three, with the Group One feature being rescheduled for this weekend at Te Rapa.

“I think we found out there is definitely a racing God,” Julia Ritchie said.

“It was a pretty emotional day up until the abandonment as we were just cursing our luck that such a small thing could take a Group One opportunity away like that.

“We really felt she was a big chance to get a piece of it as she didn’t mind the rain and we thought the wide draw would definitely be a help later in the day.

“Her build-up had been spot on and we followed the usual routine on race morning by putting her out in her paddock before it was time to head off to the track.

“When we went to collect her, her mouth was badly swollen by a sting of some sort, most probably a wasp.

“She is a mare with very sensitive skin, so it was pretty bad and there was no way we could get a bit in her mouth.

“It meant we had to scratch, which was quite heartbreaking at the time.”

The good news for the Sir Peter Vela-owned mare is that within 24 hours the swelling had receded markedly and with the rescheduling of the race, she is still a chance to obtain some invaluable Group One black type.

“We had the vet to her and the swelling has come right down,” Ritchie said.

“At this stage she should be good to take her place in the race this Saturday, which is marvellous news.

“We know it will be a red-hot field, but we still think she is a good chance in it.”

There was more good news for the stable with promising three-year-old filly Side By Side racing to a courageous victory over 1200m at Te Aroha before the meeting was abandoned, while another royally bred mare in Thalassa broke her maiden over 2100m in fine fashion at Pukekohe on Sunday.

“Side By Side was very brave on Saturday and she is a filly going places,” Ritchie said.

“She has now won three out of six and she is pretty lethal when she can get some cover in her races.

“She didn’t really handle the shifty track, but when she let down in the run home, she showed a lot of heart to get up and win.

“She is an absolute sweetheart who is still learning her trade, but if the tracks can hold up for a wee while longer, there is more for her in this campaign.

“She has pulled up well and we might look at the Cambridge Breeders’ Stakes (Group 3, 1200m) at Te Rapa next month as a possibility.

“Thalassa was only having her fourth start, so to win by nearly five lengths was amazing.

“It was her first run over ground and she had been looking for a trip.

“We won’t get carried away, but it does augur well for a good campaign over the next few months.”