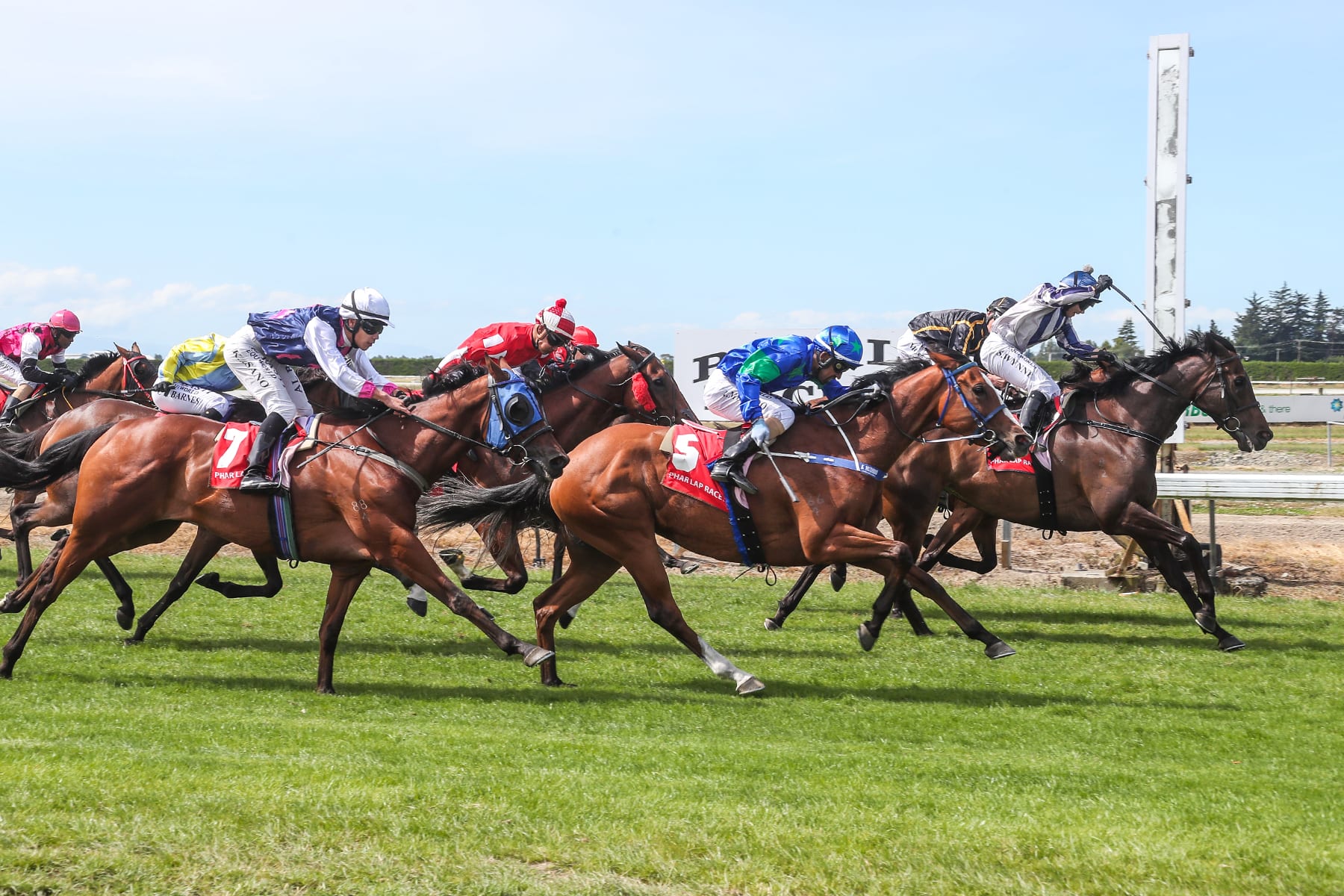 There were emotional scenes in the Timaru birdcage following the running of the Listed Craigmore Sustainable Holdings Ltd Timaru Cup (1600m) on Saturday as the connections of Who Dares Wins waited for their pride and joy to return to the winner’s enclosure. The rugged Iffraaj gelding gave weight and a beating to his rivals off the back of a lengthy spell following a dismal display when finishing last in the Group 3 Winter Cup (1600m) in early August.

While many may have been surprised that the seven-year-old would be at his best on top of the ground, carrying 60kgs and having had just a pair of trials to fit him for his mission, those who kept their faith in the Tony and Lyn Prendergast-trained runner were well rewarded, courtesy of a gem of a ride from Samantha Wynne.

On a track that was playing in favour of runners handy to the pace, Wynne bounced Who Dares Wins out of his inside barrier draw to dispute the early lead before settling in the trail behind race favourite Ticket To Ride. Wynne had her charge travelling peaches and cream approaching the home bend but with nowhere to go as he was jammed in a pocket behind outsider Lady Style who took over with 200m to run.

Wynne hauled Who Dares Wins across heels to find clear air and he charged home to snatch victory from Lady Style and Monza Circuito who dead-heated for second. Co-trainer Tony Prendergast was delighted with the victory having worked hard to get the weight off his stable favourite as he prepared for his first-up target. “We were pretty happy with him although our biggest concern was that he had got away on us a bit weight-wise,” Prendergast said.

“Before he had his last trial, he was about 588kgs so we whittled him down to 562kgs which is about his racing weight. “She (Wynne) just had to get out from behind to get a clear run but once she got him in the clear he showed he is a smart horse.”

Prendergast advised the main summer target for Who Dares Wins will be the Listed Dunedin Cup (2000m) at Wingatui on February 1. Who Dares Wins, who did his early racing from the Stephen McKee stable at Ardmore before joining the Prendergast barn, has now won ten of his 52 career starts and just over $300,000 in prizemoney.