Top Notch Can Win For Henderson Who Withdrew Altior 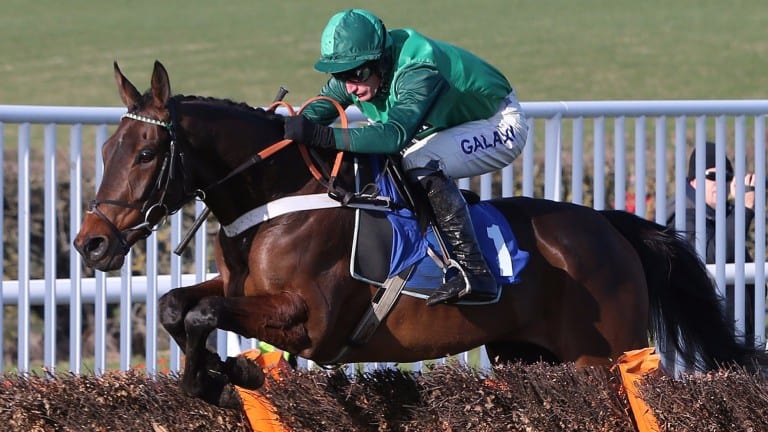 Nicky Henderson’s decision to withdraw Altior from the Unibet Silviniaco Conti Chase at Kempton has taken much of the intrigue from the race. The stable’s second string, Top Notch, is the +110 favourite with William Hill.

There have been some significant withdrawals from the supporting Lanzarote Handicap Hurdle. Tight Call is the horse to back at +1000 with bet365.

The richest race on Saturday is the handicap chase at Fairyhouse and the tip on form is Arvico Bleu at +500 with Ladbrokes.

The Altior affair has been controversial. Henderson put his name to a blog on the Unibet website. It’s possibly ghosted but there is a commercial association between the trainer and bookmaker. Nobody is suggesting Henderson would give Unibet’s traders the heads-up about Altior. However, the relationship could be seen as compromising.

In fact, Top Notch was heavily backed while Altior was still an intended runner. Trainers providing stable information to bookmakers could be perceived as questionable in an industry that is seen as dubious due to some of the practices.

The Kempton race is a good opportunity for Top Notch to win another decent prize. The horse is a high class chaser with a decent strike rate. The addition of a tongue strap helped the Henderson runner win a Grade 2 Chase at Huntingdon five weeks ago. Top Notch won the corresponding race last season and with no Altior is the horse to beat.

Frodon (+200 with bet365) won the Grade 1 Ryanair Chase last season but has run below form in two starts this time. Top Notch is tipped to win the race for Henderson and pick up the prize from Unibet which could appear suspicious.

The Lanzarote Handicap Hurdle is open to horses aged four and older. The race distance is two miles and five furlongs and there are 10 obstacles.

Here are some 10-year betting trends which show the shape of the market on the day of the race since 2010:

All the winners in the last decade had won one or two races over hurdles and had nine or fewer starts over hurdles. All but one winner was a first or second season hurdler. Barry Geraghty won two Lanzarote’s between 2013 and 2017. One of his winning mounts was trained by Henderson who is the joint leading trainer with Paul Nicholls since 2013 with two wins apiece. Nick Williams and William Kennedy were the successful trainer and jockey combination with two different horses in 2011 and 2012. Seven winners carried more than 11 stone this century.

Tight Call has had wind surgery since his last race and that can often be a positive. The horse produced decent form at Market Rasen 84 days ago and looks an interesting contender at the handicap mark. Tight Call has been placed in the past over the distance and won on the projected going of good to soft.

You should watch your bets because Burrows Edge and Burrows Park are prominent in the betting but Tight Call is the better bet at the current odds.

The Dan & Joan Moore Memorial Handicap Chase is a Grade 1 contest with a first prize of €60,000. The race distance is two miles and one furlong. Arvico Bleu comes from a stable in form. The horse has not run since falling at Thurles in February when leading jumping the final fence. He has won over the distance and on the ground and looks a solid bet to record a second win in 14 starts over jumps.

Vaniteux is a big price at +2500 with Paddy Power and can make the five payout places. Sadly, the racing lacks the main attraction in Altior.