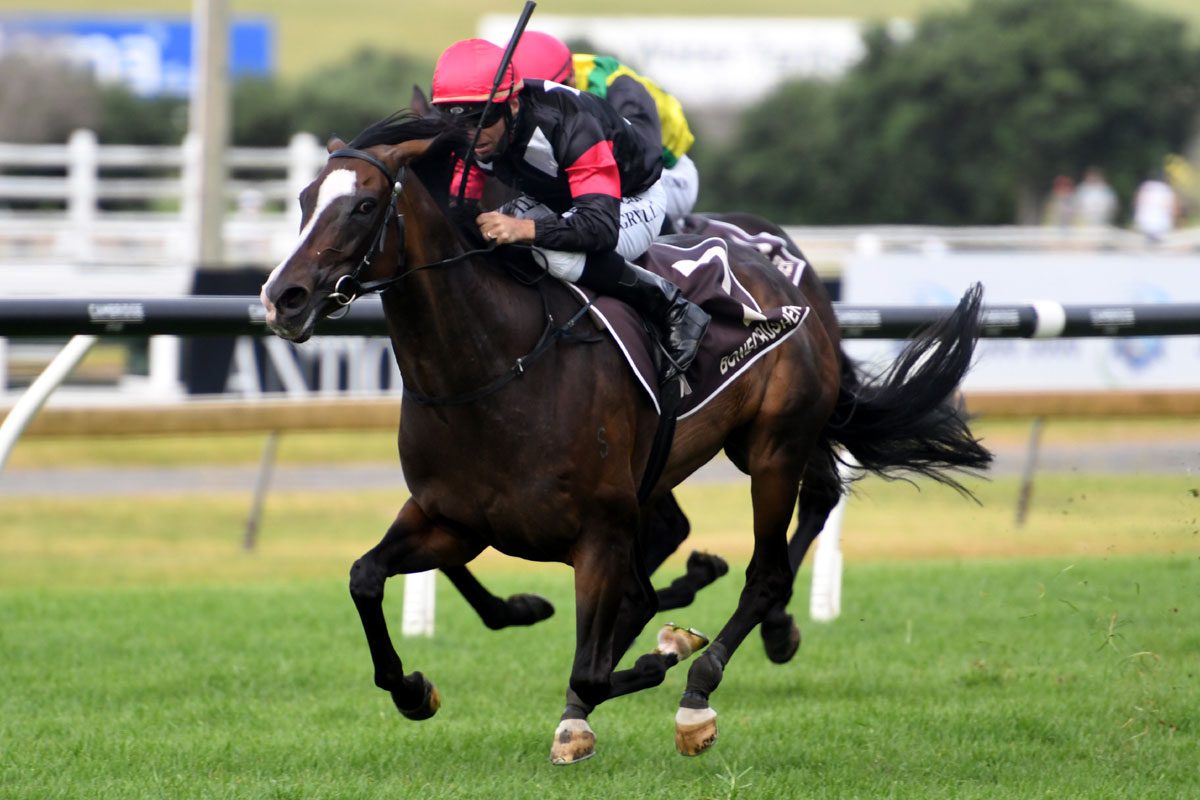 The New Plymouth trainer can’t fault his stable star Coventina Bay, who will be chasing a hat-trick of top-flight victories when she steps out in the fillies and mares’ feature at Te Rapa.

The Queensland-bound Coventina Bay has since been kept up to the mark with a trial at Rotorua last weekend and Patterson said the mare was in prime order.

“She galloped this morning and it’s probably the best she has ever galloped so she is bang on. It will take a good horse to beat her,” Patterson said.

Coventina Bay will drop back in trip on Saturday, but that won’t hinder her winning prospects.

“She explodes when she has been freshened and she will love it with a bit of tempo on. This is the first time I have been really, really confident with her in a Group race to tell the truth, she is absolutely gleaming,” Patterson said.

Coventina Bay is booked to fly to Brisbane on April 29 and will front up at the Gold Coast a fortnight later.

“She freshens up very quickly and after a few days she will be sweet. She will run in the Hollindale Stakes (Group 2, 1800m) and then on to the Doomben Cup (Group 1, 2000m) and that will probably be her last race,” Patterson said.

Coventina Bay is raced by Wayne Darling, of New Plymouth, who leases racing shares to the remainder of the syndicate.

“Wayne owns the mare and he’s turned down some big money so far. If she went well in Brisbane, I would love to have a go at the Cox Plate (Group 1, 2040m) with her, but money does talk so we’ll see,” Patterson said.

Jockey Samantha Collett struck up a successful association with Coventina Bay and they combined to win five races, including two at Group Three level, before she relocated across the Tasman and they will be reunited in Queensland.

“Sam has been booked to ride her for a while now,” Patterson said.

Coventina Bay will be accompanied to Australia later this month by a lightly tried stablemate.

“I’ve got a filly called Nom De Plume and we’re going to try and get her into the Queensland Oaks (Group 1, 2400m),” Patterson said.

The lightly tried daughter of El Roca hasn’t raced since the beginning of March and was runner-up on Tuesday in a 1000m trial at Foxton where stablemates The Fearless One, Secret Amour, Swiss Kitty and Ukhant Touch This all won their heats.

From the family of Group 1 Melbourne Cup (3200m) winner Protectionist and the star international stayer Stradivarius, Nom De Plume has impressed Patterson in her brief career.

“She’s only had four starts and won one and was second over 2100m at her last start and was a bit unlucky so we’re going to roll the dice and have a go with her,” Patterson said.

“She will run in a Rating 65 over 1400m for fillies and mares at Matamata next week before she goes to Australia.”