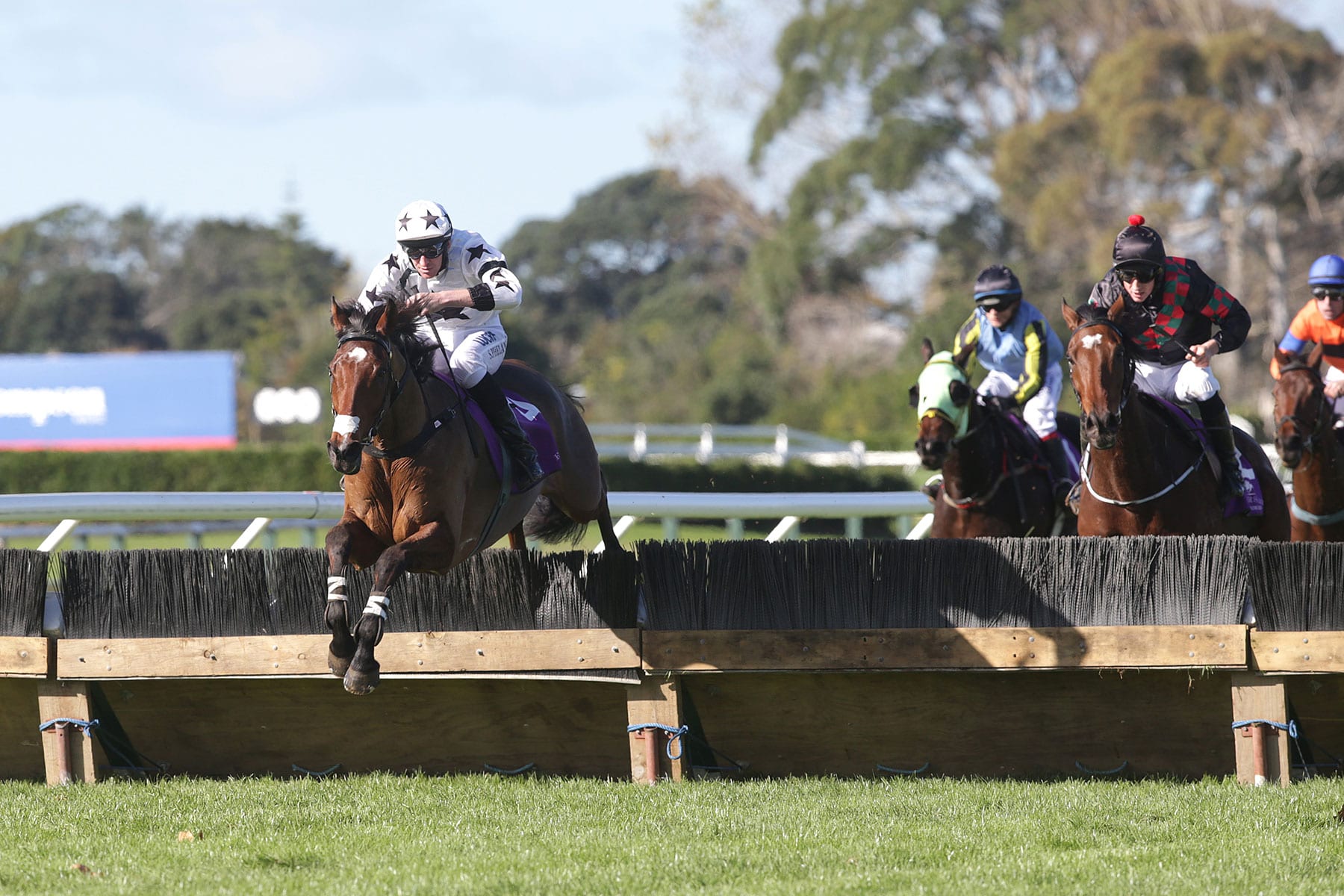 The Toby Autridge-trained Tommyra produced an impeccable display of hurdling to take out the first of the day’s prestige jumping features at Ellerslie, the KS Browne Hurdle (3350m). The Raise The Flag seven-year-old had looked the big improver for Monday’s contest after his gritty run for third in the Waikato Hurdles (3200m) last month.

Regular rider Shaun Phelan stuck with the ship and produced an inch perfect effort to guide his charge home after he jumped fluently throughout. Settled back in the pack by Phelan in the early stages, Tommyra began to improve his position with 1000m to run. Tommyra and race favourite Duffers Creek loomed to the front out wide on the point of the home bend and looked set to fight out the finish.

Duffers Creek bungled the second last fence and went down leaving Tommyra clear, however a late challenge by Letmeby saw the winning margin whittled down to a long neck at the finish line. “It was a great effort from the horse,” Phelan said. “He’s probably not a wet-tracker but he did it all on ability. “I had to get out wide to avoid the real bad ground and once he got rolling out there, he got some momentum, and kept carrying on. “I thought I had Duffers Creek covered before the second to last and once that happened (the fall) I thought I was home.”

Autridge was delighted to see his charge handle the testing track as he looks forward to bringing Tommyra back to Ellerslie in September for a tilt at the Great Northern Hurdle (4190m). “I had been saying I wanted a bit of rain but I didn’t think we wanted this much,” he said. “I said to the other owners we’ve gotta go to see if he could be a Northern horse or not. “He went very good and it was a great ride by Shaun. “It was a gutsy run as he’s taken a little bit longer to get fit. He’s a little bit older and likes having that tummy on him but he’s getting right to the mark now. “Last year we talked about maybe going to Aussie but we will wait and see, so at this stage we will go to Hawkes Bay (next).”

The Te Whangai Romney’s Hawke’s Bay Hurdle (3100m) will be run at Hastings on 29 June. The victory was Tommyra’s third over fences from just six starts and his seventh overall from 45 career starts.