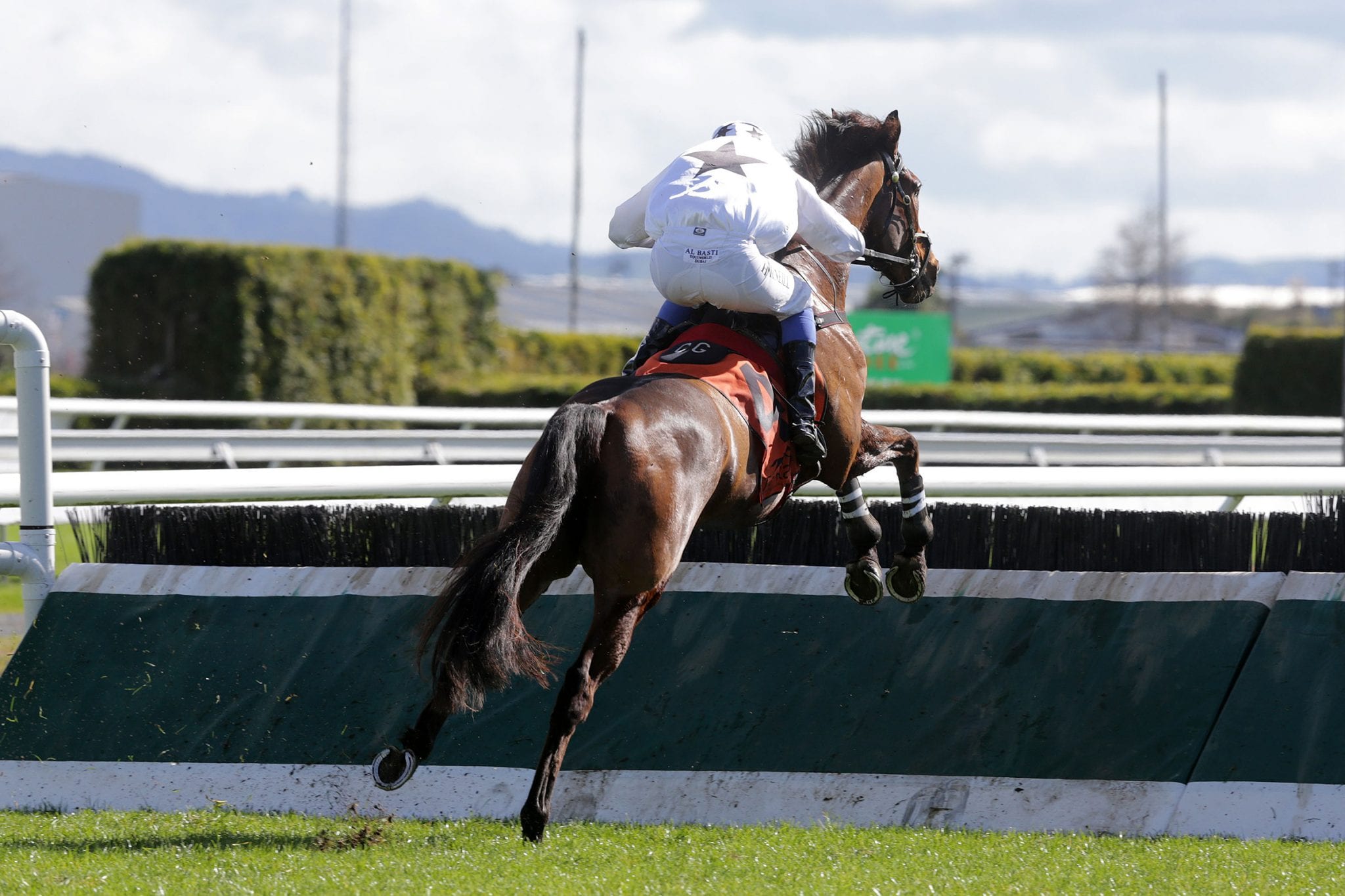 A plan set by trainer Toby Autridge back in November came to fruition at Te Rapa when Tommyra bolted home in the Fairview Motors Waikato Hurdle (3200m). The nine-year-old Raise The Flag gelding had hinted he was cherry ripe for his task with a powerful finish for second behind race-rival Revolution at the track last month and went one better on Saturday courtesy of a heady ride from Hamish McNeill.

McNeill allowed Tommyra to lob along beyond midfield as Revolution set up a solid tempo out in front. Jumping stylishly, Tommyra made ground quickly for McNeill from the 800m and dashed clear with three fences left to clear. Making light work of the last three obstacles, Tommyra went to the line nearly fifteen lengths to the good of Ali Baba, who chased hard all the way while Arite Guru took third from Central Districts visitor Bad Boy Brown.

Autridge was confident of a good performance after his charge had made ground strongly in both of his runs following the COVID19 lockdown. “He went a top race first up in a good field down at Wanganui and then finished off nicely here at Te Rapa last time,” Autridge said. “With that bit of rain we got over the last day or so, it made it more of a staying contest and that really suited him. “When we put him back into work in November last year this was the race we wanted to win. “When the lockdown came about, we were in two minds what to do but we kept going and got the prize today.”

Autridge has always had a big opinion of his charge who took out the KS Browne Hurdle (3350m) last season, although a lacklustre run at Trentham when he was pulled up in the Wellington Hurdle (3400m) revealed a minor breathing issue. “He won the KS Browne last season and then he looked like he was going to win the Hawke’s Bay Hurdle but didn’t finish off his race,” he said.

“We took him to Trentham and he had to be pulled up. We found out he had a breathing issue so he went for a bit of a wind operation. “I was a little worried when we brought him back into work back in November that he might not come back but he went a super race first up at Ruakaka and has been as good as gold since.”

Autridge will now look at a return to Hastings for another tilt at the Te Whangai Romneys Hawke’s Bay Hurdle (3100m) that will be run on September 19. “The main aim now will be the hurdle at Hastings next month,” he said. “I think he’ll go to Awapuni for the Awapuni Hurdles which won’t really suit if it is a bog track there but he will need a run before Hastings as it would be over six weeks between that race and today.”