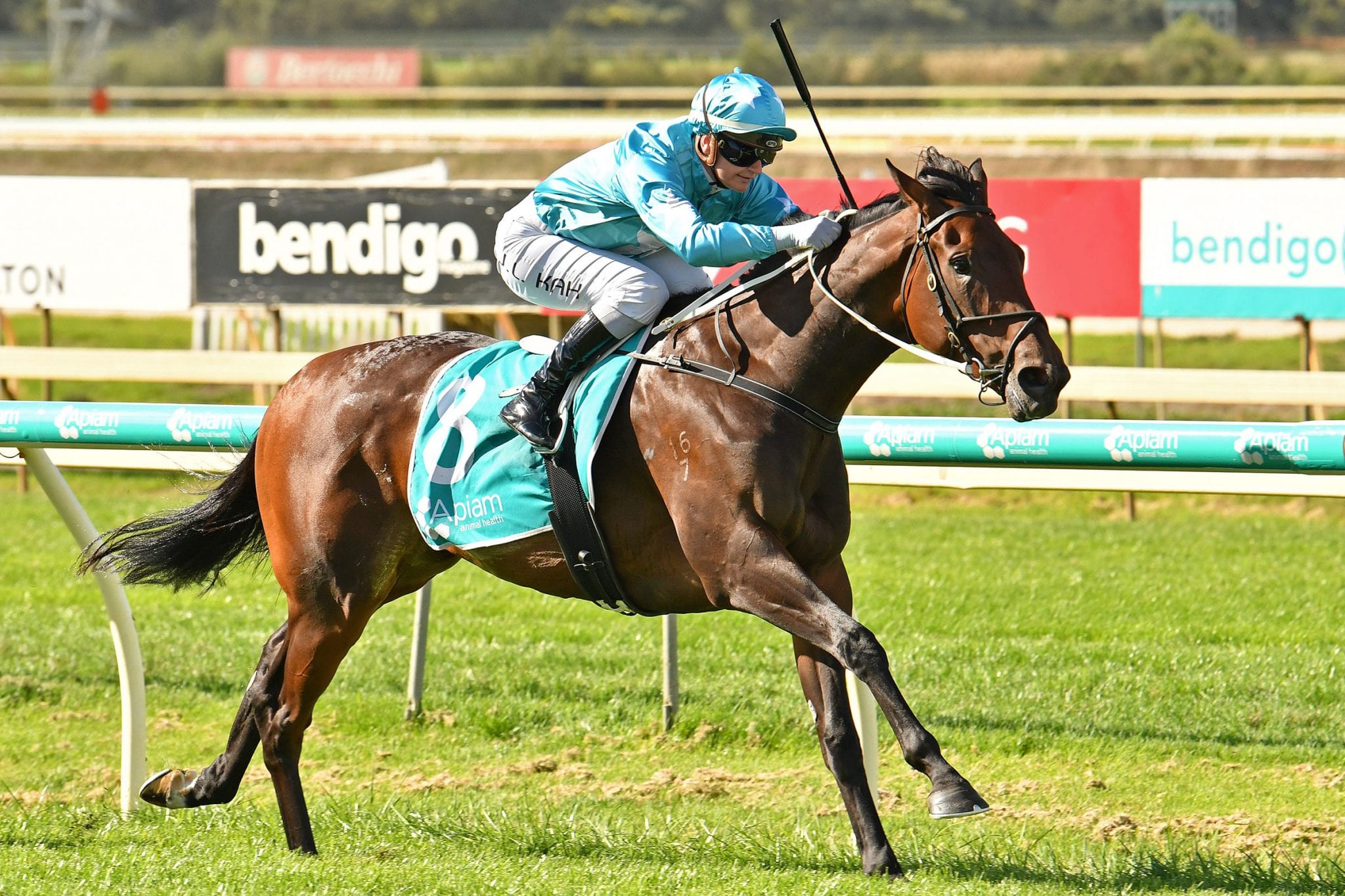 Annavisto’s win in the Listed Bendigo Guineas (1400m) last Saturday proved to be more than just a highlight for her big group of owners.

“I thought I was the only one who had realised the significance,” said a delighted Tomlinson when contacted by the NZTBA this week.

Following a lifelong interest in racing, Tomlinson established Nearco Stud around 11 years ago with the aim of breeding top quality racehorses. With a passion for pedigrees he set about sourcing some good race mares and shares in a variety of young stallions, and in that time has bred numerous stakes performers including the Hong Kong Champion Beauty Generation. It was through that horse’s achievements that he also won the Breeder of the Year title in 2019.

“Annavisto was a trial winner as a late two-year-old and caught the eye of Phill Cataldo, who buys a few for Mick Price and Michael Kent Jr, and I sold her and retained a shareholding. I have sold a few horses to Mick and race a couple from his stable including Annavisto,” Tomlinson said.

Avisto, the dam of Annavisto, won on three occasions. She broke her maiden in the Listed Great Northern Foal Stakes as a two-year-old and came back at three and won the Listed Soliloquy Stakes and the Listed Fordell O’Leary Stakes at Wanganui.

Her first foal by Savabeel, Happy Jai Jai is currently racing in Hong Kong and Annavisto is her second foal, and her third foal Colleagues is also by Reliable Man.

“I look to support as many stallions as I can locally, and most of my matings are with stallions I have shares in,” explained Tomlinson.

“I bought into Reliable Man when he was syndicated, and I have a couple of shares. He’s not quite the right sire to put over Zabeel mares but he works over Danehill line mares.”

Of Reliable Man’s 16 stakes winners Miami Bound and De La Terre are from Danehill line mares. For good measure another two of his stakes winners Belle Du Nord and Kinane were also bred by Nearco Stud, with Kinane being out of a Nom du Jeu mare.

Nom du Jeu, like Tavistock is by Montjeu so clearly a cross with the Sadler’s Wells line works well also.

Avisto’s yearling gelding is catalogued to go through the New Zealand Bloodstock South Island Sale through Curraghmore’s draft, while her weanling is an Almanzor colt and she is in foal to Ocean Park.

In the time since Nearco Stud was established Tomlinson has stuck with his original plan of producing quality racehorses and has been nominated for Breeder of the Year on three occasions.

“We have consistently produced decent progeny, and stuck to the philosophy I set out with, but if anything, I am getting crisper on the decisions I make,” he explained.

“Our broodmare band now sits at 30 and we have continued to invest in young stallions. We have our upsets, it’s not an easy game but when one like this (Annavisto) comes along it comes along it takes care of the bad ones.”