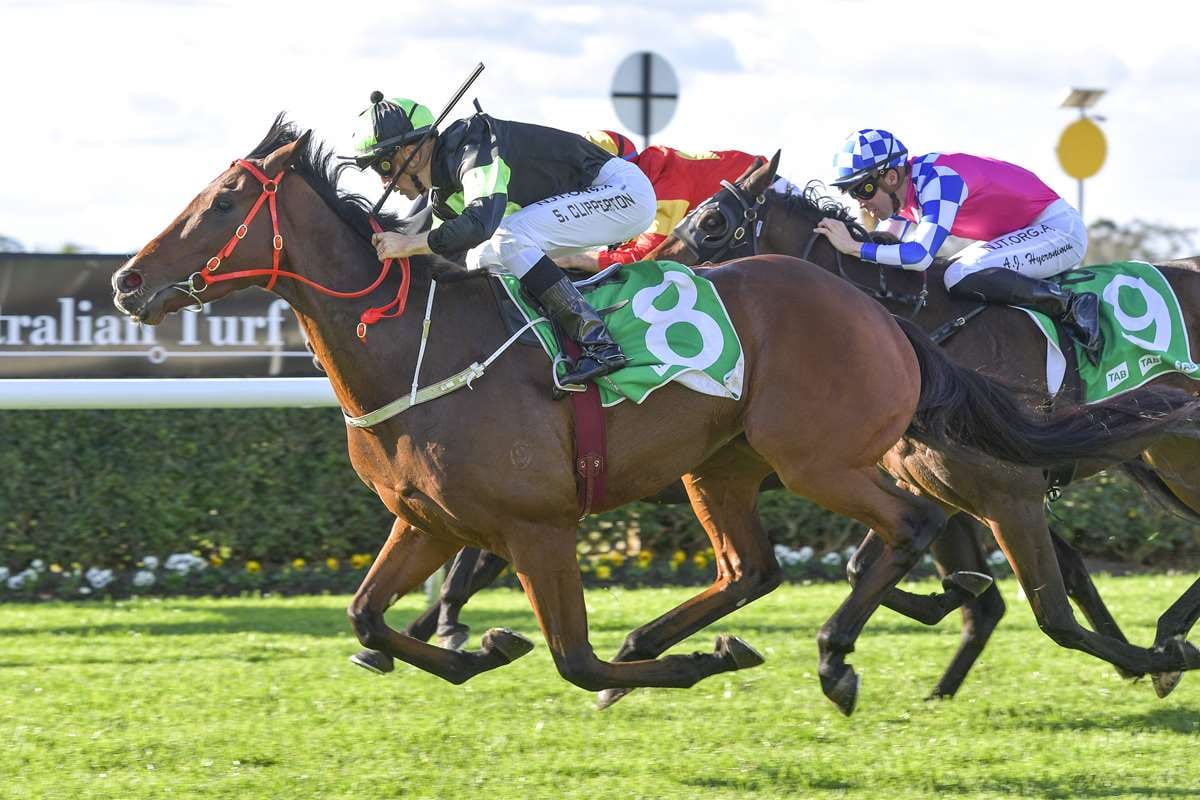 Progressive three-year-old Stockman has earned a well-deserved break after stringing together three successive victories. The Joe Pride-trained son of Tavistock defeated older horses when successful over 2130m on Monday and races in the colours of Jamie Walter’s Proven Thoroughbreds.

“He is a really nice horse and it is the manner in which he is winning that is pleasing,” Pride told Sky Sports Radio. “It is one thing for a horse to win a staying race, especially on wet tracks sitting up on speed and grinding out a win, but the way he is doing it coming from back in the field and making long searching runs without anything to take him into the race, I they’re the qualities of a very good horse in the making.

The gelding is out of the Group 2 winning Zabeel mare Crimson, dam of multiple Group Two winner Abidewithme and Group 1 VRC Oaks (2500m) runner-up Miss Scarlatti. Bred by Sir Patrick & Lady Justine Hogan, Stockman was sold through the draft of Cambridge Stud at the 2018 New Zealand Bloodstock Book 1 Yearling Sales for $175,000 to Walter, and Pride said he had consulted with the Proven Thoroughbreds principal and agreed not to set too lofty targets in spring.

“We are on the same page when it comes to patience and this horse, when you think about next preparation, it is just a matter of going through the grades,” Pride said. “There is not a real peak race that we want to aim at, we just want to get more wins out of him. “What you can sometimes find with these horses is you can get through to that better grade and if you haven’t made use of the wins on the way through, you might win one race at that level and then that is it for you.”

The Warwick Farm trainer was keen to maximise the rising four-year-olds earning potential whilst also continuing to build the confidence of the talented stayer. “At the moment that horse thinks he’s pretty good, and so do I, and for that reason we’re just going to give him a nice spell and aim at a late spring into summer campaign,” Pride said. “Then maybe some lofty ambitions for the autumn and the winter.”