Time For Vinndication In Ladbrokes Trophy 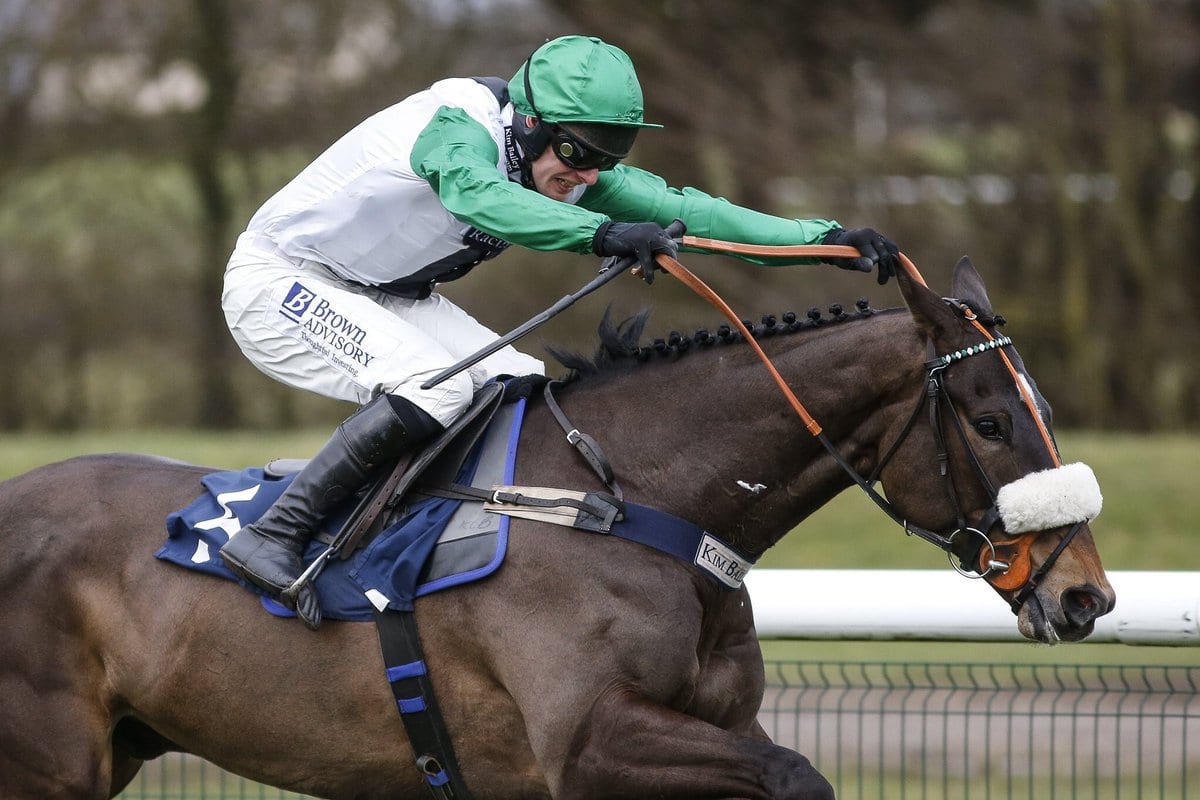 The Ladbrokes Trophy has a history of producing Cheltenham Gold Cup and Grand National horses and Vinndication will have to win the race at Newbury on Saturday to become a contender for those bigger prizes. Both of which he can currently be backed for at +3300 with BetOnline.

The Grade 3 Class 1 handicap chase over three miles and two furlongs and 21 fences was known as the Hennessy for years and some stalwarts still use that name. Whatever the guise of the race, it is still one of the most prestigious long distance chases of the season and a form guide to future races.

Denman (IRE) won the race in 2007 and 2009 and the Cheltenham Gold Cup in the intervening year. Eight years ago Bobs Worth prevailed and won the Gold Cup the following March. Many Clouds was the 2014 winner and was the Grand National hero 4 months later. Native River won the Ladbrokes Trophy in 2017 before winning the Gold Cup the next March.

There is one major common denominator for these winners. All four carried big weights but had the class to prevail. It could be said the quartet produced one of their best weight carrying runs when winning the Ladbrokes Trophy and Denman did it twice. In total, five winners of the race since 2007 have also won the Gold Cup or Grand National and other competitive races.

Any ’Hennessy’ winner from high in the weights has the ability to win Graded races and more lucrative handicaps. Vinndication has the potential to fit that trend as the second top weight off 11st 11lbs. Ballyoptic carries one pound more off a rating of 162, having won a handicap chase at Chepstow by nine lengths off 152. The two top weights are closely matched.

Vinndication has the form edge as Ballyoptic was pulled up in his last race, the Grade 2 Charlie Hall Chase at Wetherby at the end of October. Runner-up Vinndication should also have the measure of Aye Right, who was third behind the winner, Cyrname, in the Wetherby race.

Seven of the last eight winners of the Ladbrokes Trophy have carried 10st 10lbs or higher so that would rule out six of the 18 declared runners. The race is now more suited to the classier animals handling the weight rather than unexposed horses towards the bottom of the handicap.

Vinndication fits the bill this time but Black Op is an interesting runner off 11st. The nine-year-old was one of the best novice hurdlers of the 2017-18 season. Finishing second in a Grade 1 novice event at the Cheltenham Festival, beaten two and three quarter lengths by Samcro off level weights, was form from the top drawer.

Black Op would only have to reproduce something approaching that level to win this race but the latest figures suggest that won’t happen.

We are more likely to see Vinndication follow the trend of recent winners and win the race carrying a big weight that is manageable. The Ladbrokes Trophy is the acid test and any type of win under the conditions would probably see the horse shorten considerably for the Gold Cup.

Vinndication is a progressive horse rising through the chasing ranks who was fourth in a competitive handicap chase at Cheltenham in March off 159. The seven-year-old improved again to finish second behind Cyrname and a place better than Aye Right in the Charlie Hall Chase.

Another step forward could see Vinndication win the Ladbrokes Trophy and then be backed for the Gold Cup. Bobs Worth and Native River set the precedent for winning both races and Vinndication has the profile to complete the same double.