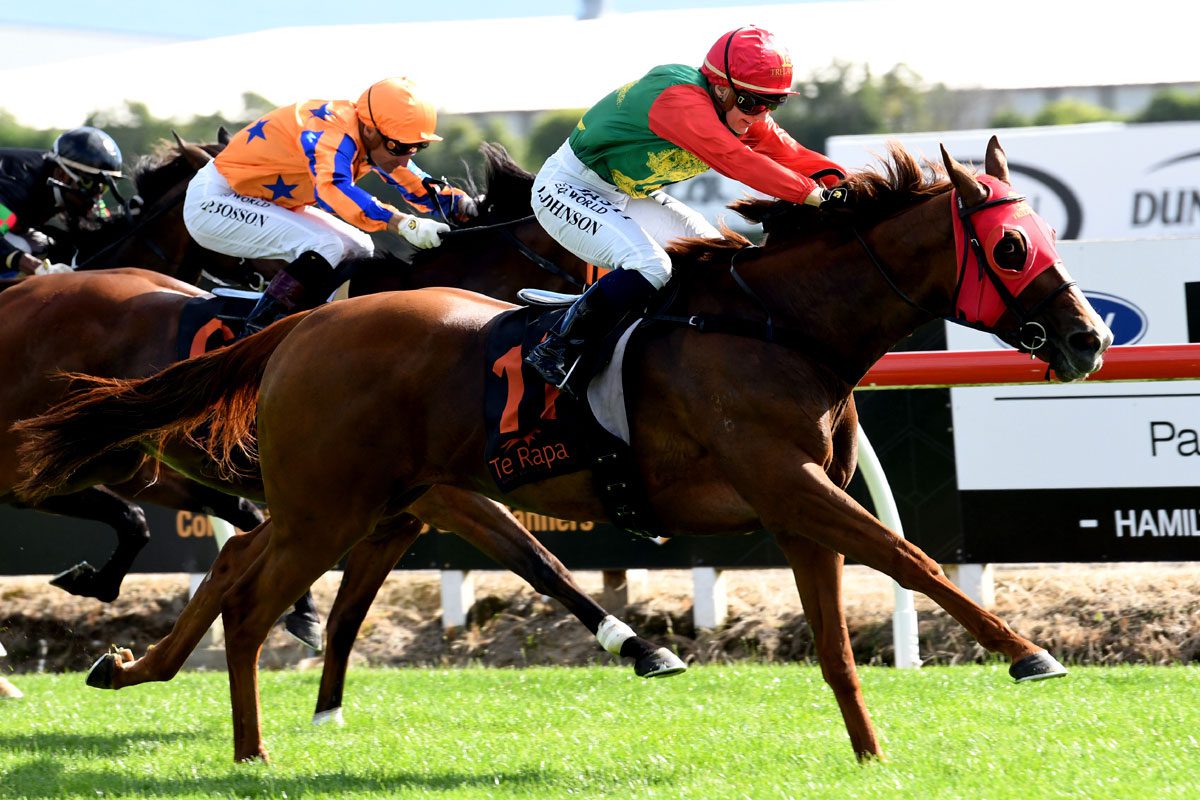 Top quality New Zealand performer Two Illicit will be chasing the perfect end to a stellar racing career when she steps out in Saturday’s Group 2 Travis Stakes (2000m) at Te Rapa.

The Roger James and Robert Wellwood-trained daughter of Jimmy Choux has carried the colours of breeder Trelawney Stud with distinction and, as such, is a highly valuable addition to the Cambridge farm’s broodmare band.

Two Illicit has won seven of her 20 starts, including the Group 1 Captain Cook Stakes (1600m) and succeeded at Group Two level in the Royal Stakes (2000m) and Waikato Guineas (2000m) and in the Listed Trevor Eagle Memorial (1500m).

“This will be her swansong on Saturday and she’s been a terrific mare. We have been privileged to train a mare of her quality,” Wellwood said.

“We were so glad she picked up a Group One, she really deserved to go to stud having that next to her name.

“She’s always put her best foot forward and a very honest race mare. She’s had a few things that haven’t gone her way, but in saying that she hasn’t really ever run a bad race.”

Two Illicit’s most recent effort in the Breeders’ Stakes at Te Rapa was a performance indicative of her competitiveness.

“She was massive and her closing sectionals were superb. She got a long way back on a slow pace and basically had a Winx-like task and certainly ran to a high level, she was just left with way too much to do at the top of the straight,” Wellwood said.

“She has been very straight forward with her attitude, but latterly in her career she hasn’t been the soundest with feeling her joints.”

Meanwhile, stablemate Pinarello will be on the plane for Brisbane on Friday after his commanding performance to win the Group 2 Championship Stakes (2100m) for breeders and owners Cambridge Stud at Te Rapa on Saturday.

“We’ve always thought he was a pretty good horse. Cambridge Stud have the mare and got two other stakes-performed daughters out of her so it was a massive thrill to get that result for them,” Wellwood said.

He is a son of the Zabeel mare Zonza, who won the Group 3 Ladies’ Day Vase when trained by James, and she is also the dam of Group 2 Matamata Breeders’ Stakes (1200m) winner and Group 1 Sistema Stakes (1200m) runner-up Vernazza and the Listed Challenge Stakes (1100m) winner Bavella.

“Pinarello will run in the Rough Habit Plate (Group 3, 2000m) and then the Queensland Derby (Group 1, 2400m). He bounced through Saturday’s race really well,” Wellwood said.

“I’m sure that once he gets a bit of Queensland sun on his back he will thrive even more, as a lot of them do.”