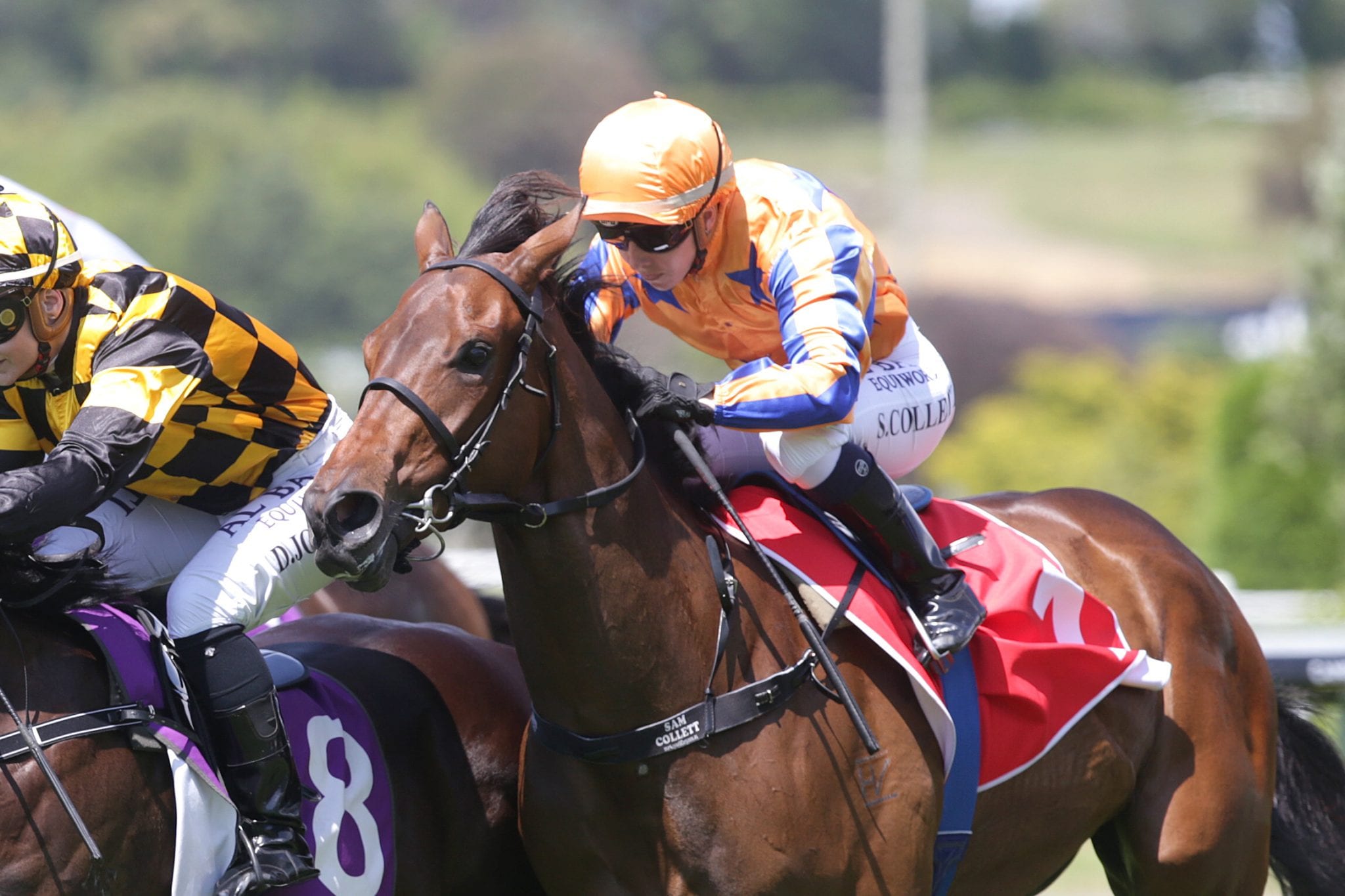 Richards’ father Paul has again travelled south to supervise the team as he has done for the past two years, using Riccarton as a base. “We sent eight down with Dad last week and we sent another four down yesterday,” Richards said. “They are horses we think are looking for better ground that we can work through the grades towards Cup week.

“Bordeaux Le Rouge is our only three-year-old down there at this stage but there will be three-year-olds heading down shortly to target races like the Canterbury Belle Stakes (Listed, 1200m) and the John Grigg Memorial (Listed, 1400m) on their way towards the 1000 and 2000 Guineas.”

Richards’ day at Timaru begins with the blueblood Lethal in the Supreme Equine Feeds Maiden (1200m), the Savabeel-Katie Lee four-year-old gelding rated as the pick of the stable quintet after an eye-catching fourth resuming at Taupo last month. “He’s going well. He’s much improved as a gelding and as an older horse,” Richards said. “He was really good at Taupo and his work has been good since. We’ve just tweaked his headgear (replaced the blinkers with side winkers) to keep his mind on the job and we think he’s up with our best runners on the day.”

Bordeaux Le Rouge faces a wide barrier draw of 15 for his fresh-up run in the Temuka Hotel 1200. “He’s a three-year-old who showed us a fair bit last season as a two-year-old, running fourth in the Karaka Million and he looks well-placed down there,” Richards said.

“His trials have been indifferent but it’s hard to get a line on him with the wet tracks. We thought we’d get him down there early on the better ground. I don’t think he can win from the wide draw but we’ll be happy if he gets back and is finding the line nicely late. “His form will dictate where he goes from here, whether he steps up to stakes level or has another run in the grades.”

Phantom Witness and Remington will tackle the Geraldine Village Inn Sports Bar Sprint (1200m), with Richards especially looking forward to the return of Star Witness four-year-old Phantom Witness, a winner of two of his three starts to date. “With Phantom Witness, we just wanted to get him through the grades down there on better ground. He’s a stakes horse in waiting and the Stewards (Group 3, 1200m at Riccarton on November 11) looks a nice race for him.

“He’s not that well placed at the weights (at Timaru) but for some reason horses have been out-performing their handicaps on the wet tracks. Whether that’s the case on better going, we’ll find out but once the Rating 74 races kick in, he’ll slot in nicely there.”

“Remington hasn’t had a lot of luck in the last six months and he ran into wet tracks at Riccarton last spring. He might have found his grade but he’s going as well now as we’ve ever had him going. “He’s a top-four chance and if he keeps coming up the way we’d like him to, we’d like to sneak him into the Coupland’s Mile (Group 2, 1600m) off the minimum.”

English-bred import Khafeef will contest the Temuka Seed Mile after a fifth placing resuming at Taupo. “He trialled before Covid hit. He ran well at Taupo and we were going to New Plymouth last week but with the heavy track, we’ve opted to send him south,” Richards said.

“He’s a progressive staying horse we are still learning about, but he’s a first-four chance. He was a middle distance winner in France and a mile is short of his best trip but we’d like to see him develop along the lines of what we saw from Leaderboard down there last year.”