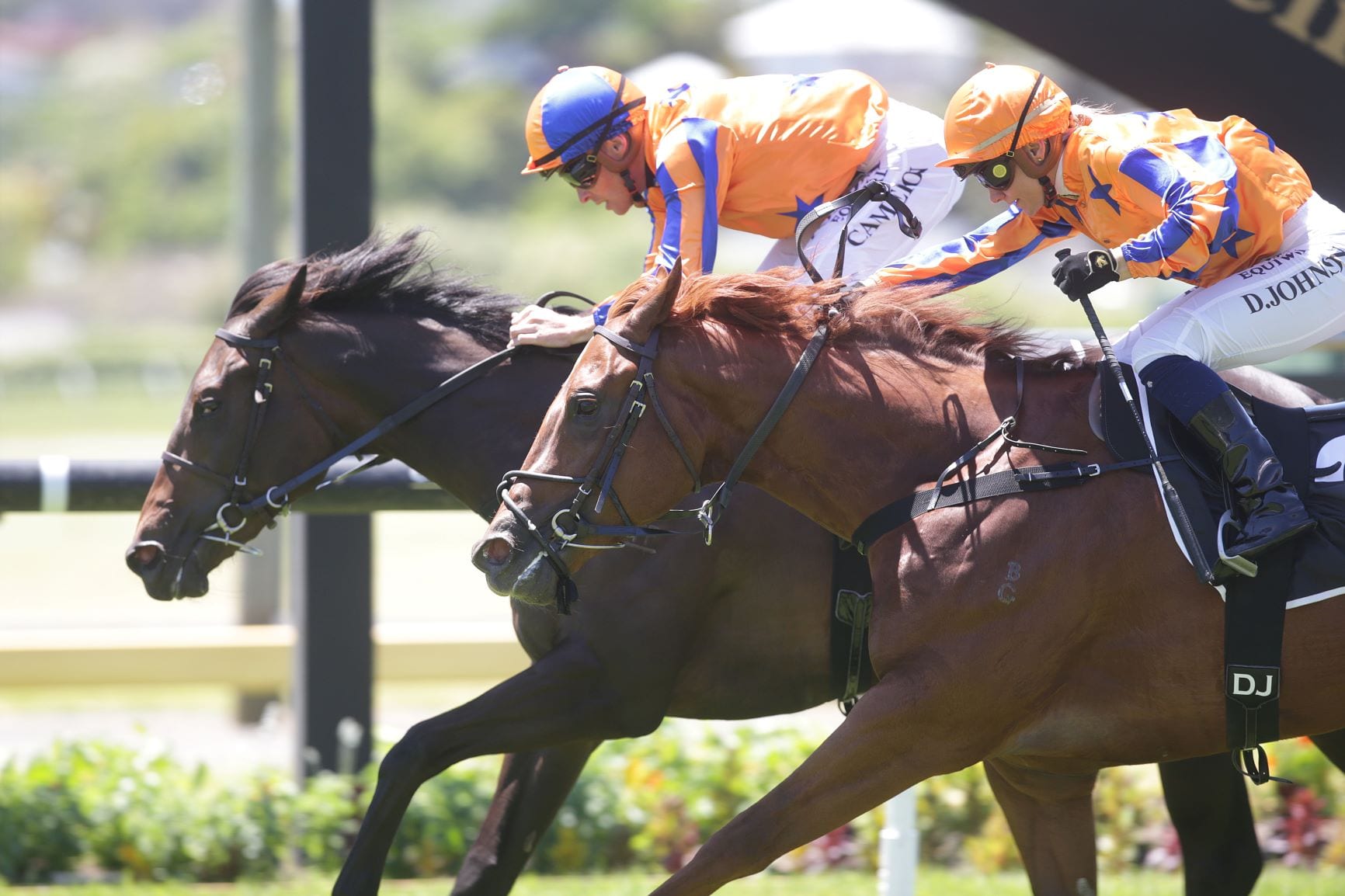 Jamie Richards and Te Akau Racing continued their dominance of spring two-year-old racing when they notched their sixth individual juvenile winner at Ellerslie on Saturday, while also adding the quinella for good measure.

Impressive triallist Sneaky Shark was sent out a warm $2.20 Fixed Odds favourite for the 1100m scamper but had to settle for the runner-up cheque after being outgunned in the closing stages by stablemate Millefiori.

The pair had dominated proceedings as they set up a steady pace before kicking away from their rivals early in the run home. Sneaky Shark tried his heart out for rider Danielle Johnson but it was Matt Cameron aboard the Iffraaj filly Millefiori who found more in the final 100m to hold on to win by a neck at the line.

Richards was pleased with the display by the filly who he had brought specifically to Ellerslie for her second trial, to get some valuable experience at the venue as he planned her attempt at the $1m Karaka Million 2YO (1200m) in January.

“She’s been a filly that we’ve always liked and has had a good preparation,” he said. “She’d had a trial, then we backed off her before having another trial up here to have a look around Ellerslie, before hopefully being back here at the end of January for the Karaka Million. “She’s a filly that Dave (Ellis) selected out of the Karaka Book 2 sale. By Iffraaj, out of a young Savabeel mare, and Winx is back in the family, so we thought she was very good value at $65,000.”

Richards was quick to praise the ride by Cameron who nursed the filly along in front before saving her for a final effort in the closing 150m. “It was a really positive ride by Matt Cameron and a gutsy effort to get the better of her stable-mate (Sneaky Shark),” Richards said. “We’ve got some really good owners in her with Ben Masters from Boys Get Paid, Dirk & Nicky Oberholster, from Totara Park Stud, who bred the horse, and Roy Peterson and his family from Wellington, who also had a share in Gold Fever with us, all involved.

“She shapes as a filly that’s only going to continue improving with time so she’ll have a bit of a let up now and be seen somewhere before the Karaka Million.” Millefiori was a $65,000 purchase by David Ellis CNZM from the Archer Park draft during the National Yearling sale Book 2 session at Karaka earlier this year.

She is the second foal of Savabeel mare Miss Bluebell and is closely related to multiple stakes winner Vegas Showgirl, the dam of superstar galloper Winx. The victory completed the middle leg of a winning treble for Richards who had earlier produced Star Of Bombay to take out the first race on the programme before You’re Welcome outstayed his rivals over 2200m in race three.