On The Bubbles produces champagne performance 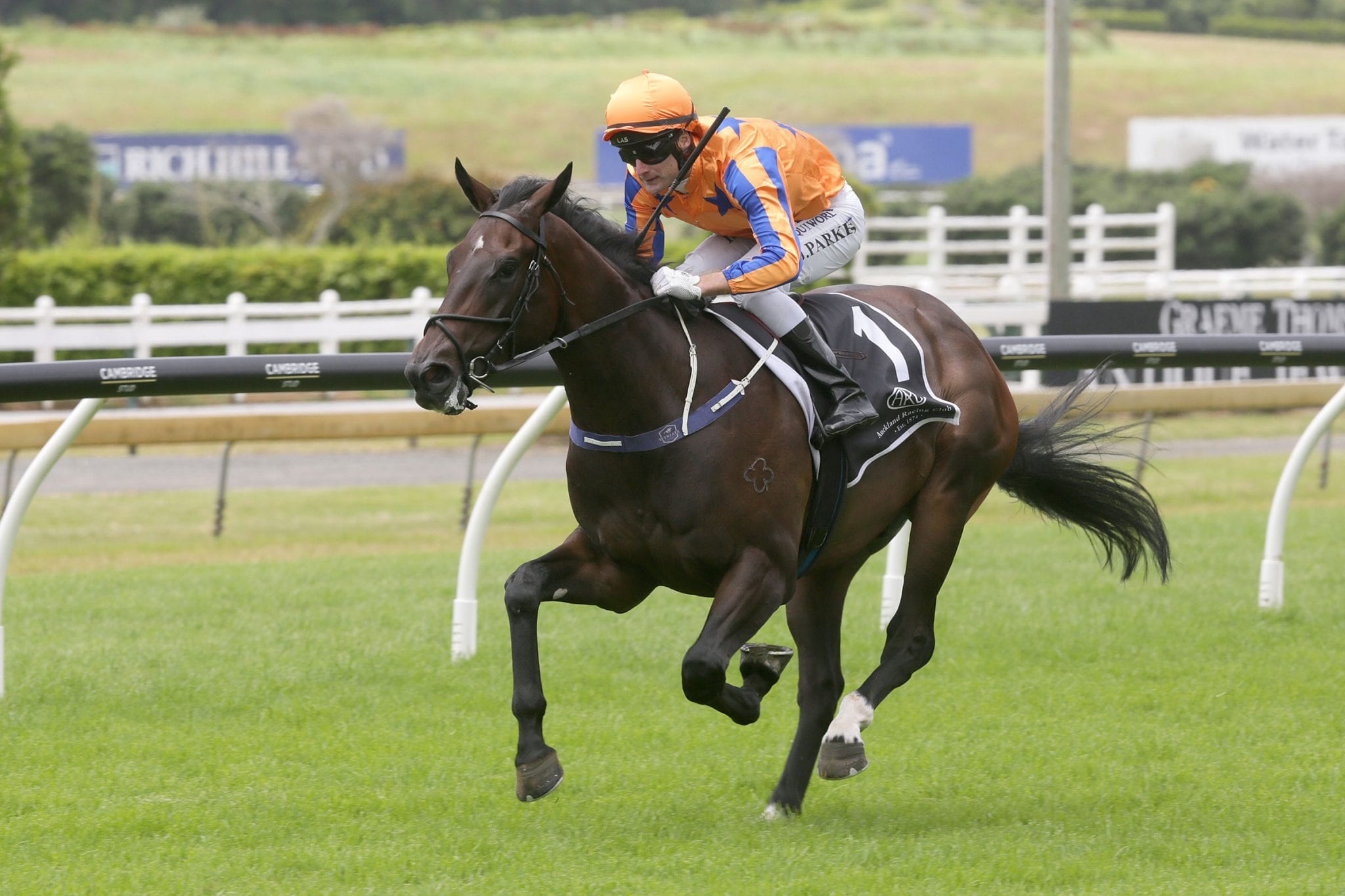 Te Akau Racing’s challenge for supremacy in the $1m DoubleTree by Hilton Karaka Million 2YO (1200m) later this month was strengthened at Ellerslie on Sunday when On The Bubbles produced a comprehensive victory is his final lead-up to the big event.

The Jamie Richards-trained Brazen Beau youngster sat three-wide throughout the 1200m contest but still found plenty of kick in the home straight to race away for a comfortable two and a half-length victory.

Successful first up when leading all the way at Awapuni last month, Richards was keen to see his charge have a look around the Ellerslie track before his main assignment on January 23. “He was very impressive today as we wanted to ride him off the speed and teach him not to be so one-dimensional,” Richards said.

“He ended up back on a moderate tempo and wanted to overdo it, three-wide without cover, but he travelled nicely and put them away well. “He’s a horse who has continued to improve, with the biggest assist being when we gelded him. “I just felt he had more to offer in how he was trialling up and with his attitude and it is all starting to come together now.

“He had trialled at Ellerslie, but I had to decide whether to run him today or send him around at the trials at Matamata on Tuesday. “He’s such a tough horse with a good constitution that I thought giving him a good look at the course proper at Ellerslie was the best thing for him.”

A $90,000 purchase by David Ellis CNZM from the Leanach Lodge draft during the Book 1 Sale at Karaka last year, On The Bubbles will now have an easy time before tackling the Karaka Million. “We won’t do a lot with him now over the next two weeks,” Richards said.

“He’s a genuine customer and will present in good order for the big race. “Johnathan Parkes came up to ride him today and the plan is for him to retain the ride for the Karaka Million.”

Richards had anticipated having two runners in today’s event however withdrew Iffraaj filly Millefiori on race morning with an elevated temperature. She is now likely to run at Tauranga next Friday in preparation for her shot at the Karaka Million, a path that Richards took with last year’s winner, Cool Aza Beel.

With Te Akau Racing likely to have five runners in the Karaka Million 2YO, Richards is on the hunt for riders after number one stable jockey Opie Bosson was unsuccessful in his appeal against a careless riding charge incurred on New Year’s Day, that will see him miss the Karaka Million racemeeting.

Bookmakers reacted quickly to the victory as they installed On The Bubbles as the new +340 Fixed Odds favourite for the Karaka Million 2YO with stablemates Millefiori and Sneaky Shark now at +400 and another Richards-trained runner in Avonallo at +750.