Tavis Court back to winning form at New Plymouth 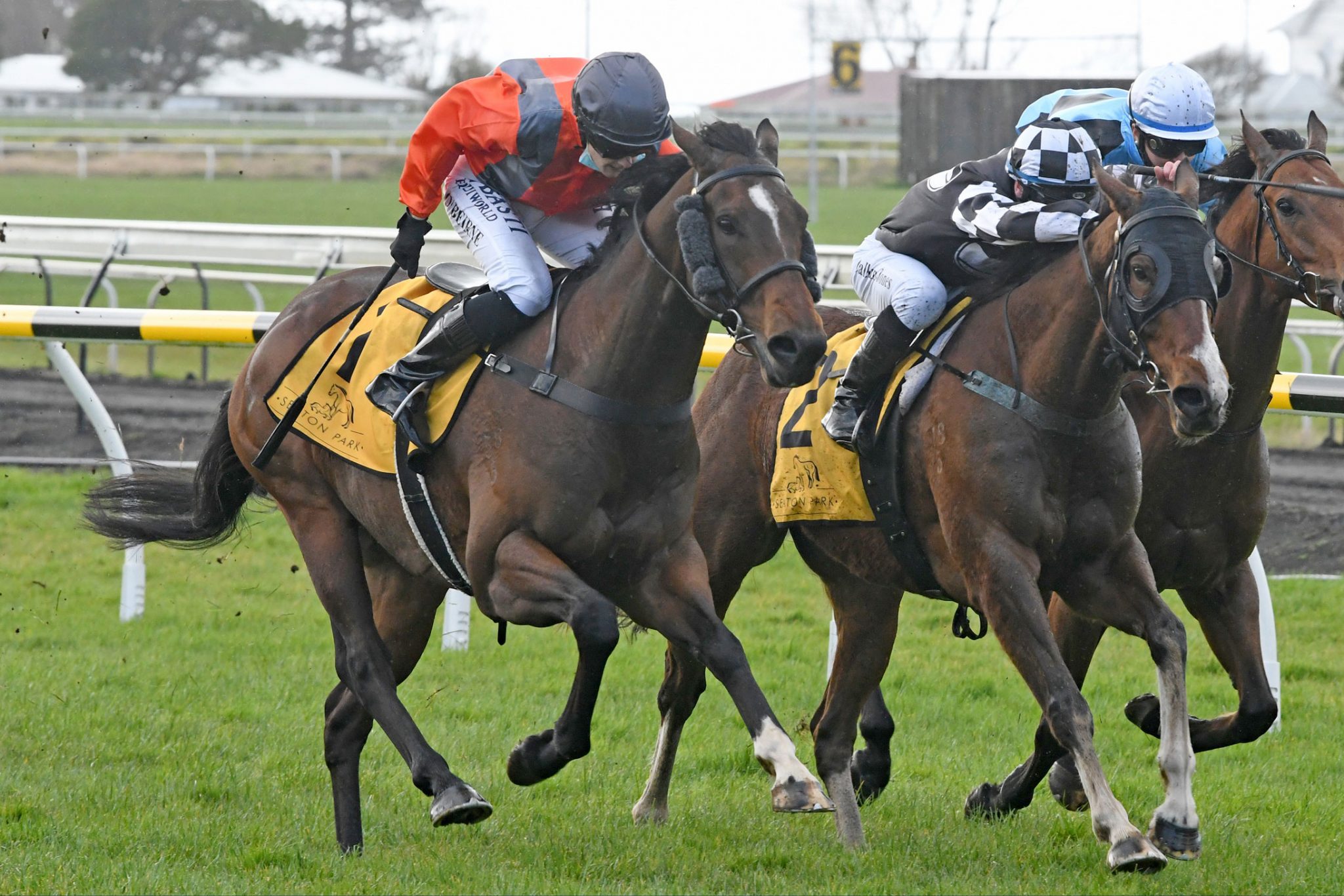 Dependable sprinter Tavis Court did what he does best at New Plymouth on Saturday when he ground out another victory for trainer Anna Clement.

The six-year-old son of Tavistock was backing up from a gritty third at Wanganui last Saturday and showed that run, his first for six weeks, had brought about the necessary improvement to have him cherry ripe for his task in the Seaton Park-sponsored open 1200m contest.

With apprentice Charlotte O’Beirne taking 2kgs off his 63kg impost, Tavis Court dictated the terms out in front from stablemate Miss Lizzie before being attacked early in the home straight by Cambridge visitor Divine Dive and race favourite London Express.

O’Beirne didn’t panic as she kept Tavis Court up to the mark in the final stages to deny London Express the win by half a neck with Divine Dive wilting late to hold third.

Clement was thrilled with the run after her charge had failed to handle a similar heavy surface at the venue two starts back when finishing seventh in the Listed Opunake Cup (1400m).

“I’m never confident going into a race but he is just a little beauty as he tries his heart out every time he races,” she said.

“He had come on nicely from last week, so I wasn’t afraid to back him up and Charlotte just gets on so well with him.

“He still had to carry a fair bit of weight, but Charlotte rated him beautifully and he was too tough in the end.”

Clement is under no illusion about tackling Group One company with her charge, preferring to set her sights on some of the lesser sprint races available at the upcoming Hastings spring carnival.

“He is a good bread and butter horse who has provided his owners with some real thrills,” she said.

“He’s not up to the Tarzino Trophy (Group 1, 1400m) next week, but there are still some nice sprint races there during the next six weeks.

“He enjoys it there and has gone some very nice races, so I think he is in the right form to be competitive again.

“We don’t have any grand plans for him, just to keep him going until he tells us it is time for a break and then we will put him out and bring him back when the tracks soften again.”

From the Keeper mare Keep Her Free, Tavis Court has now won seven of his 29 career starts, with a further 13 placings for prizemoney in excess of NZD$150,000.