Tavis Court all class at Awapuni 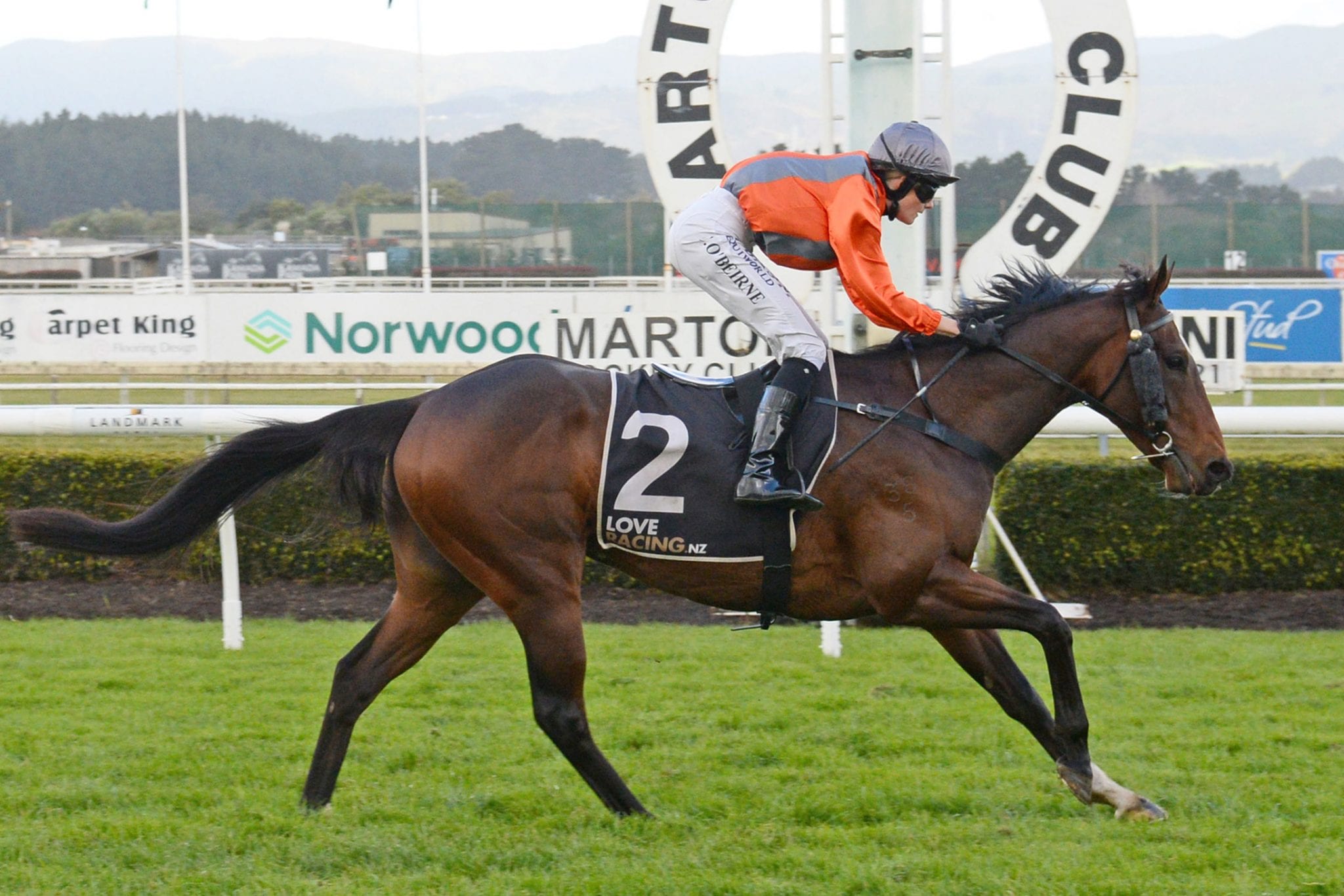 Consistent New Zealand performer Tavis Court added to an impressive career record when he bolted away with an open 1400m contest at Awapuni on Saturday.

The Anna Clement-trained five-year-old started a red-hot -142.86 favourite in the seven-horse field and never gave his supporters an ounce of worry as he forged clear in the run home for rider Charlotte O’Beirne to win comfortably by four lengths.

Heavy track specialist Diogenes chased gamely to take second while evergreen galloper Dolcetto ran on nicely from the rear for third, although neither looked like troubling the winner once he established his winning break.

Clement was delighted with the victory after having some doubts as to whether the son of Tavistock would handle the Heavy10 surface.

“He’s always showed us he has a great deal of ability, but I did have my concerns about the track,” Clement said.

“He’s never really been that keen on the really deep stuff before, but he seemed to get through it okay today which was a nice surprise.

“Charlotte rode him really well and is starting to build a nice partnership having won twice and been placed twice from the five rides she has had on him.”

Clement is prepared to take it one race at a time with her charge after a bleeding attack suffered in December last year saw him undertake a mandatory stand-down period before resuming for his winter campaign back in late May.

“Fingers crossed, but he hasn’t shown any signs of doing it (bleeding) again, but it is always in the back of your mind,” she said.

“Because he has had that issue, we don’t look too far ahead with him and just take it race by race.

“The way he is going though we might just have a think about lining him up in the Opunake Cup (Listed, 1400m) in a fortnight.

“He will be up near the top of the weights but if something like Popstar Princess runs in the race then he won’t carry as much as he normally would so he could get in quite nicely.”

The Listed Powerworx Opunake Cup (1400m) is the feature race at New Plymouth on Saturday July 24.

Tavis Court has now won six races and been placed on another 12 occasions from just 26 starts for his owners, Graham and Annette Hill who bred him from their Keeper mare, Keep Her Free.