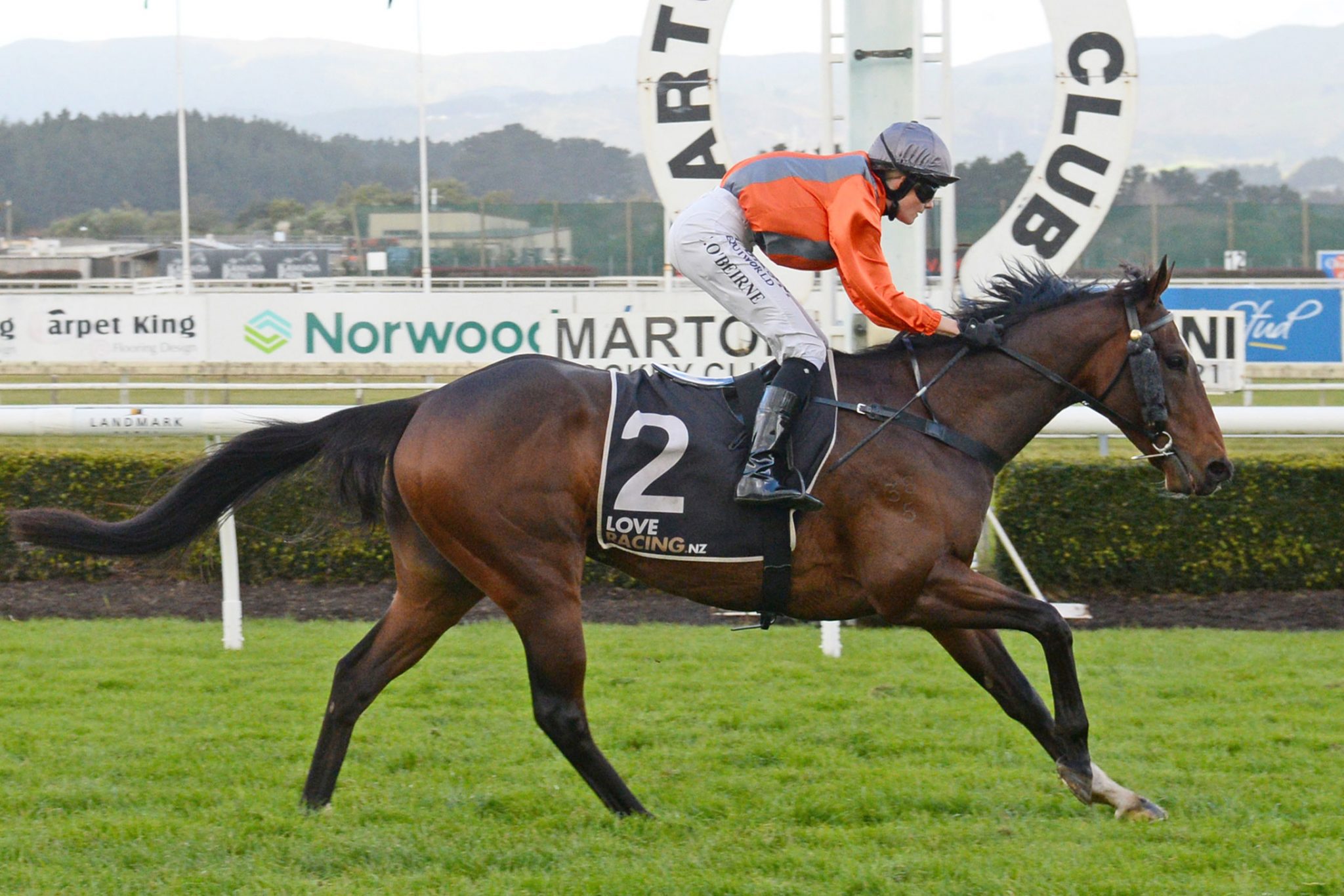 Although New Plymouth Raceway is on Tavis Court’s backdoor-step, the seasoned Hawera galloper will have his first start at the Taranaki track this weekend.

The five-year-old gelding will line-up in the Listed Powerworx Opunake Cup (1400m) on Saturday and trainer Anna Clement is hoping he performs well on what was rated a Heavy11 surface on Wednesday morning.

“Tavis Court has actually never seen New Plymouth racecourse, so that is a little bit of a disadvantage for us, but we are there to try and win, so we will give it a go,” Clement said.

“He doesn’t like it really heavy, but his class gets him through.”

The son of Tavistock heads into Saturday in good form, having won twice and placed three times in his five starts this preparation, and Clement sees no reason why that run of form can’t continue this weekend.

“He has trained on really well since his last start, we are really happy,” she said.

“He won really well last start and Charlotte (O’Beirne) rode him really well. Winning a race is never easy but he showed a lot of class.”

His recent run of form has been a tonic for Clement after Tavis Court bled in December last year and underwent a mandatory stand-down period before resuming in May.

“Last year he bled, which was really devastating for us, but he has shown no signs of it this time back in,” Clement said. “It is always in the back of your mind, but we have just got to press on and try and forget about it.”

“Cheeky Azz has been a little bit disappointing this time back in,” Clement said. “I have got Charlotte (O’Beirne) back on him again and she has won on him. He likes a heavy track, so I am hoping for improvement.

“Miss Dixie has had two starts at New Plymouth and she hasn’t done that well yet, but I have got Lisa (Allpress) on again and she knows the horse, so hopefully she can run a good race.”