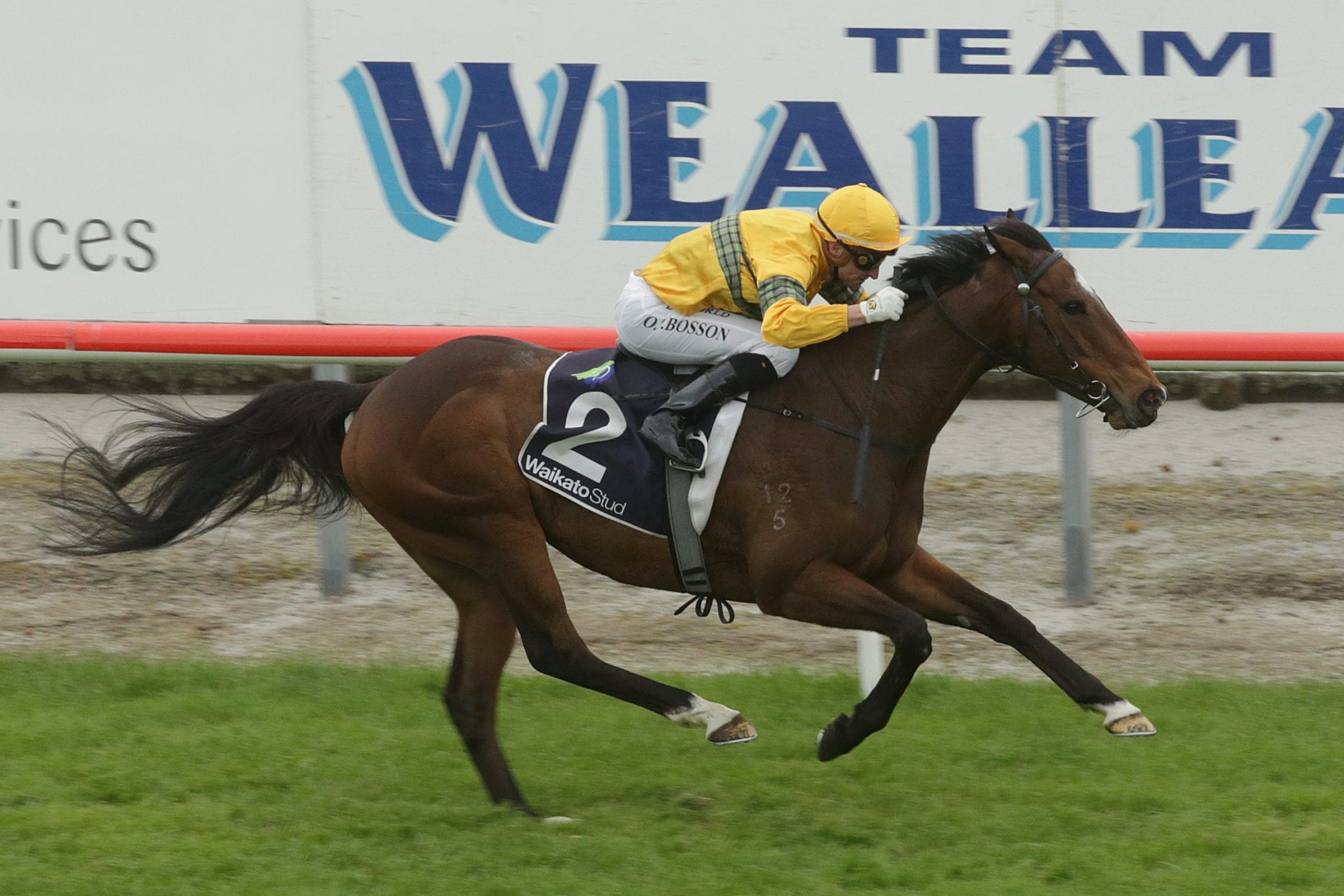 Popular equine star Tavi Mac provided his many followers with another thrilling performance when he dashed away with the feature race at Matamata on Saturday, the Listed Team Wealleans Matamata Cup (1400m).

The uniquely proportioned Tavistock gelding, who is often referred to as the equine sausage dog, carried clear topweight of 59kgs in the event but gave no indication that the impost was in any way a hindrance as he bolted clear in the run home to win by more than three lengths from local runners Hay Tiger and Burgundy Belle.

Rider Opie Bosson had a lapful of horse approaching the home corner and when he saw his main rival, Burgundy Belle, becoming awkwardly placed on the rail he quickly sent the Allan Sharrock-trained five-year-old around to challenge and put the result beyond doubt within a few strides.

Sharrock had been in two minds about running his charge at Matamata after he had returned a tired horse following a gritty performance behind Callsign Mav in the Group 1 Tarzino Trophy (1400m) last month. Sharrock put Tavi Mac out for a brief spell but after watching him tearing around his paddock decided to bring him back earlier than expected to tackle Saturday’s contest. “I’m just thrilled with that as it isn’t easy to carry topweight and do it as well as he did,” Sharrock said.

“He put them to bed pretty easily, the little beauty. “It was a good effort for a little horse but Opie rode him beautifully. “When you get those top riders on it really shows. Opie hasn’t done a lot of riding for me but when he has, he hasn’t been beaten too many times.”

Sharrock doesn’t believe there is a lot left for Tavi Mac in this campaign and will most likely give him one or two more starts before sending him out for a decent summer spell. “There won’t be a lot more for him, maybe just a weight-for-age race over 1400m at Awapuni just before Christmas,” he said.

“I might give him an open sprint with a claimer on board before that to keep him up to the mark but I will curtail it sooner rather than later as he’s been up a long time. “He’s only had the thirteen starts for eight wins now and I think next year he could be a genuine Group 1 horse as he’s still learning.”

Sharrock was referring to the Group 2 Kevin Pratt Memorial Manawatu Challenge Stakes (1400m) that will be run at Awapuni on December 19 as the target for Tavi Mac.

Tavi Mac is out of Maroof mare Bellaroof and has now finished in the first three in eleven of his 13 starts, winning eight of them and in excess of $153,000 in prizemoney.