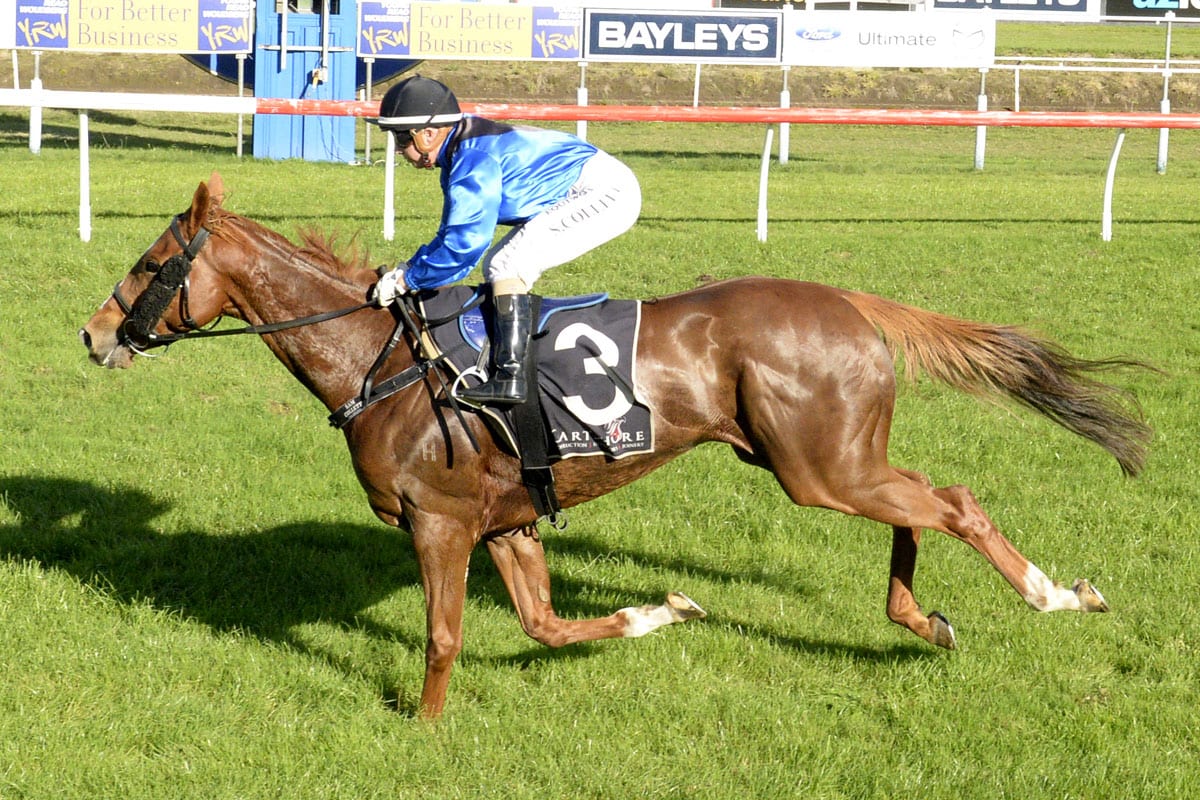 Cambridge horseman Paul Mirabelli celebrated a winning double a Tauranga on Wednesday, the first in his training career.

He started off the day well when Charred took out the opening race on the card, the Gartshore Construction 2100.

The five-year-old gelding was pushed forward early by jockey James Seivwright who was able to find the trail behind Hit The Road Jack, before Fortune Wings took the front-running role.

Seivwright kept to the rail turning for home where Charred began a fierce duel with Hit The Road Jack, but he was able to get the better of his rival to win by a short neck, with a further 13.5 lengths back to Fortune Wings in third.

“James Seivwright rode him perfectly,” Mirabelli said. “He got him out of the gates and into a nice position. The horse gets into a dogfight quite a lot, but usually he comes off second best, but today was the first time he kept his head in front, so it was really satisfying.”

The son of Guillotine took a series of unplaced runs into Wednesday, but Mirabelli said he had his excuses and was buoyed by his last start fifth placing at Pukekohe.

“He should have won first-up, he was very unlucky when he got flattened when he looked like he was making a winning run,” Mirabelli said. “That took quite a lot out of him, so it took him a while to pick up again. His last run indicated he was back on track.”

“She is a really nice horse,” he said. “She is quite a nice staying mare in the making, but she is still quite weak.

“I thought the drop back from 2000m to one mile on that really testing track today was definitely going to be an advantage.”

Mirabelli was delighted to record his first double, which takes his season tally to five wins, which includes the Hawke’s Bay Hurdle (3100m) at Hastings last October with The Midnight Shift.

The five-year-old gelding is now in the care of Mornington jumps jockey and trainer Clayton Douglas and is set to contest the Galleywood Hurdle (3200m) at Warrnambool on May 5.

“That will be exciting to watch,” Mirabelli said.

“Things are going well. It is a hard game, but it makes things easier when you have a good day like today.”