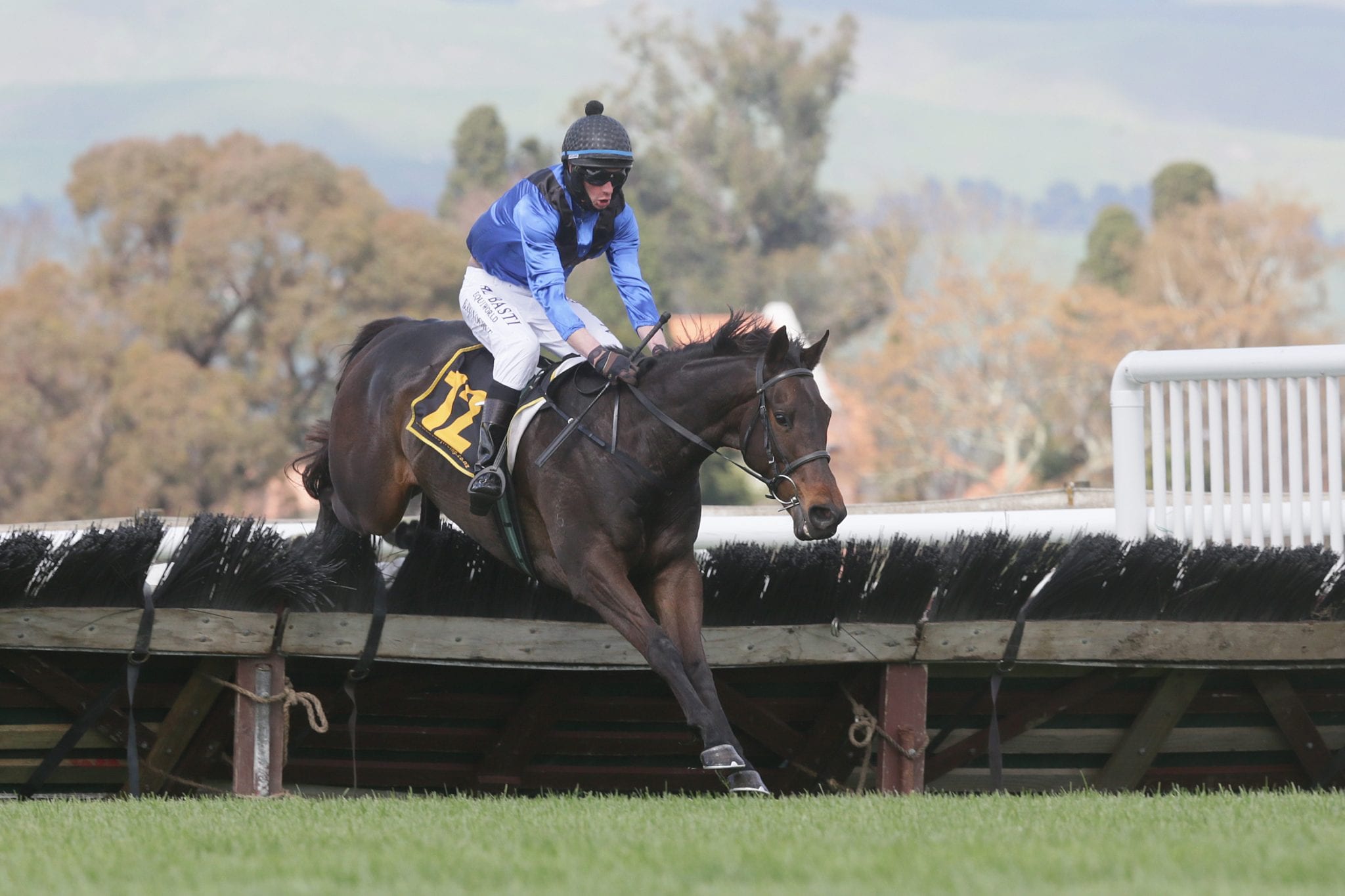 Cambridge visitor The Midnight Shift upset the applecart when he strode clear to take out the Te Whangai Romneys Hawke’s Bay Hurdle (3100m) at Hastings on Saturday. The premier hurdle event had been rescheduled from earlier in the year due to the COVID-19 pandemic and with the track rated a Dead4 the race was run at high speed throughout.

The Paul Mirabelli-trained five-year-old, who had broken his maiden status over the fences with a win at Ellerslie last weekend, relished the dry underfoot conditions as he jumped fluently throughout before looming into contention with 600m to run.

Rider Barry Donoghue, who has only been riding over fences for less than a month, urged The Midnight Shift past free-going pacemaker Revolution around the home bend and he flew the last two fences before racing away to a stunning six length victory.

Mirabelli, who shouted the house down as his charge cleared out from his rivals in the run home, was still trying to calm his emotions as he accepted congratulations after the race. “He’s only five and has only been jumping since after the first lockdown so he is very green, but he’s won a Hawke’s Bay Hurdle now,” he said. “He was only five lengths off them in the Dunstan Stayers Final at Ellerslie so that is good form for a race like this. “I’m going to stop now and not get tempted to go any further as my nerves just can’t take it.”

Donoghue was full of praise for The Midnight Shift who provided him with an armchair ride throughout the race. “I was able to slot in beautifully going into the first fence and we just travelled beautifully the whole way,” he said. “I looked around after we cleared the last as we were still travelling and I just couldn’t believe it. “He’s just so quick over his fences, just electric. “This is my biggest win by far so it’s absolutely phenomenal.”

Donoghue, who comes from a non-racing family in Mullingar, County Westmead, Ireland, learnt to ride in his homeland before heading to Australia to work for a variety of trainers before trying his luck in New Zealand seven years ago. He has now had nine rides over fences for two wins and tried to add another aboard the Mark Brooks-trained fencer El Disparo who went a cheeky race before finishing fourth in the AHD Hawke’s Bay Steeplechase (4800m) two races later.